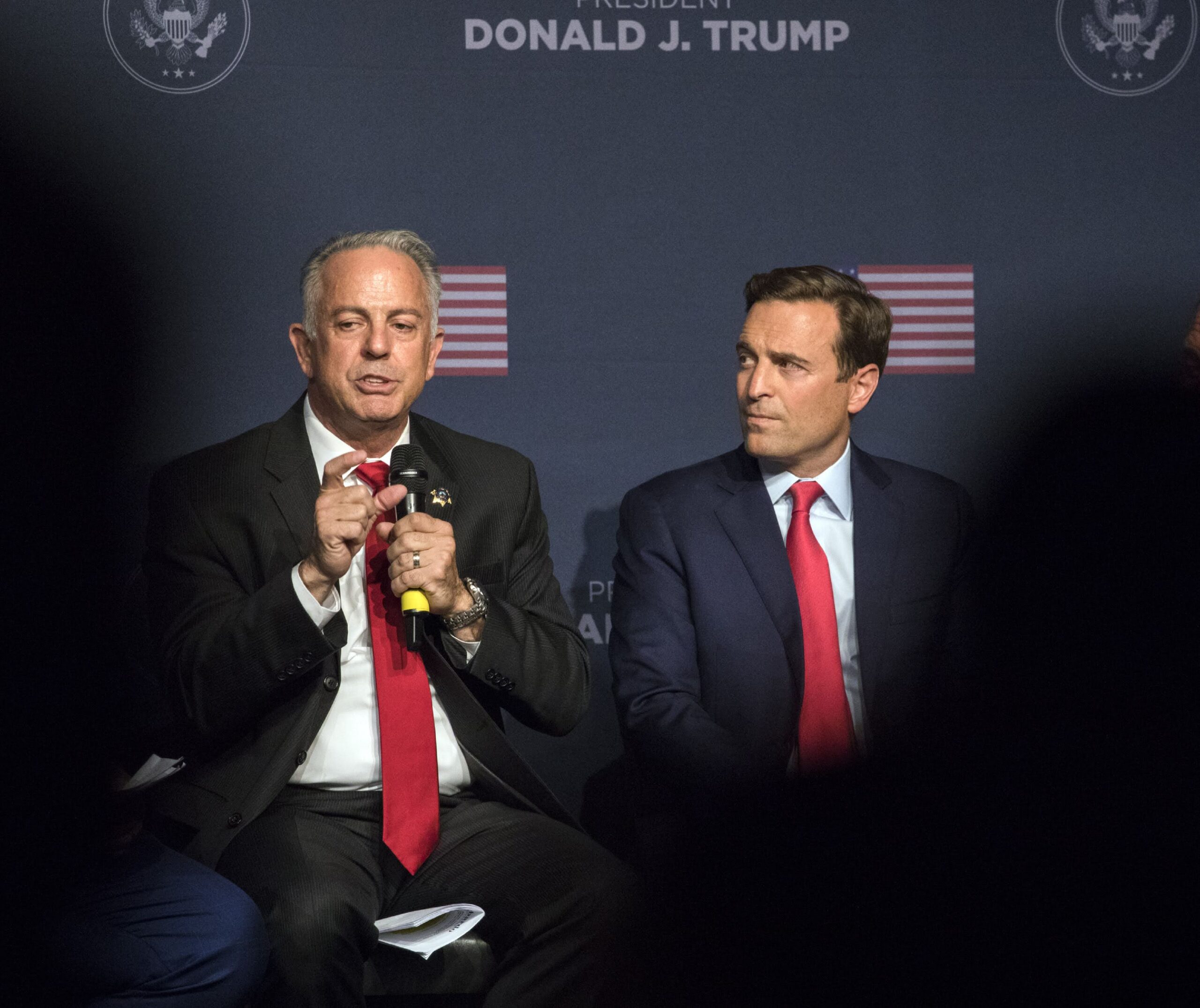 KLAS 8 News Now in Las Vegas and UNLV announced Monday they would jointly host debates for Nevada’s hotly-contested governor and U.S. Senate races — though it was not immediately clear if any of the four major campaigns have committed to attending those debates.

The first debate between the Gov. Steve Sisolak, a Democrat, and his Republican opponent, Clark County Sheriff Joe Lombardo, is set for Oct. 18. The second, between Sen. Catherine Cortez Masto, a Democrat, and her Republican opponent, former attorney general Adam Laxalt, is scheduled for Oct. 20. Both are set to take place at UNLV’s Judy Bayley Theater and will be aired statewide by KLAS and Univision.

In an email to The Nevada Independent, a station representative at KLAS said that: “All candidates are aware of the debate schedule and we anticipate full participation.”

But spokespeople for multiple campaigns said in response to questions from The Nevada Independent Monday that they had not yet agreed to any specific debate proposals.

In a tweet Monday afternoon referencing the KLAS announcement, Laxalt’s spokesperson, Courtney Holland, said that the campaign had not agreed to any debate invitations and was “still reviewing all debate options.” Even so, Holland said that “we look forward to debating [Cortez Masto].”

In an email, Lombardo’s spokesperson, Elizabeth Ray, said that the campaign was “in the process of evaluating all of the debate invitations we continue to receive, so we have not confirmed our participation in any debates just yet.”

Sisolak’s spokesperson, Reeves Oyster, said that “continues to evaluate debate proposals from stations and partners across the Silver State.”

A spokesperson for the Cortez Masto campaign did not immediately respond to a request for comment.

Still, candidates have signaled an appetite for televised debates over the last few months.

In June, Sisolak challenged Lombardo to two debates, including at least one in Northern Nevada and one hosted and broadcast by a Spanish-language broadcaster. Lombardo’s campaign told The Nevada Independent at the time that they would “gladly work with his team on mutually agreeable times, venues, and moderators for debates.”

Earlier that same month, Cortez Masto also committed to three debates in the race to keep her Senate seat. In her announcement, however, she did not specify which outlets might host the debate, nor when or where they might be held.

Though a decades-long tradition in Nevada politics, televised debates have not been a guarantee. Most notably, in 2018, a general election debate in the governor’s race between Sisolak and Laxalt stalled after Sisolak questioned the theoretical fairness of a debate hosted by the Las Vegas Review-Journal, and agreed instead only to a debate with KLAS.

The newspaper is owned by the family of the late Republican mega-donor Sheldon Adelson, who at the time was one of Laxalt’s largest financial backers, and the paper ultimately endorsed Laxalt on its editorial page. As the dispute played out through the media, the Laxalt campaign told the RJ that they would not move forward with the televised debate until the issue of an RJ debate was settled, and that Sisolak’s eventual rejection of that debate came at “the last minute.”