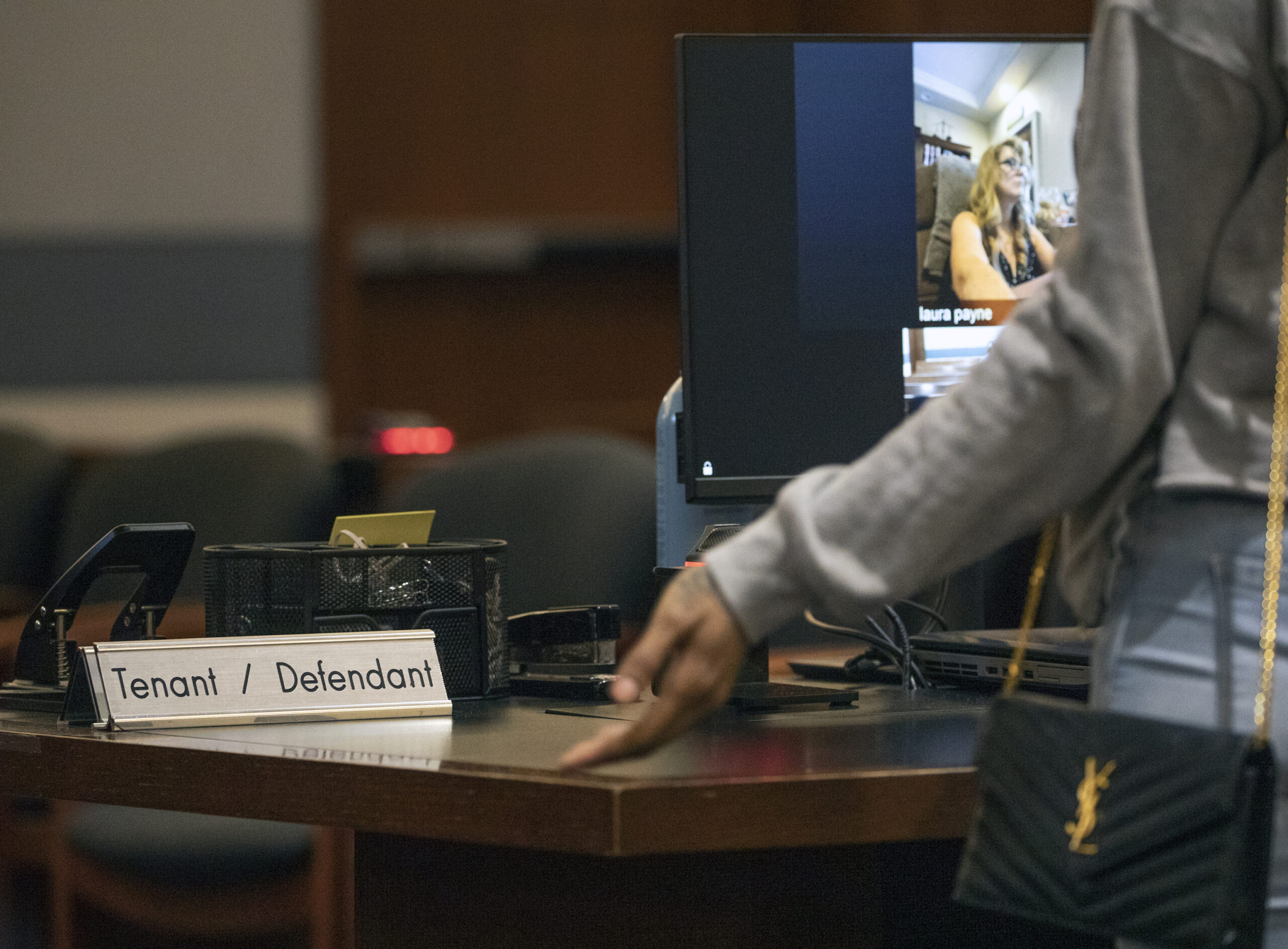 James Bean, a U.S. Army veteran and senior living on a fixed income with his brother, learned in November that his rent would increase 60 percent.

But he has few options. He told lawmakers at a recent hearing of the interim judiciary committee that paying month-to-month would be an even bigger expense, at double the current rate, and that senior housing is backed up with waitlists that are months or years long.

The rising cost of home ownership and rent — and the end of the eviction moratorium last May — prompted Nevada lawmakers and stakeholders to confront the state’s unique use of seven-day summary evictions. This process, which is only used in Nevada, requires the defendant to file an affidavit in court by the end of the seven days or they can be kicked out.

While efforts to eliminate summary evictions, or even systematically study them, died in the legislative session last year, state leaders discussed the issue earlier this month with real estate professionals, advocates and residents. A small number of people who could attend the hearing, which took place during working hours, called for the end of summary evictions or suggested new ways to improve use of the practice.

“The summary eviction process is allowing people like me, who are already struggling, to be tossed out in the street with no alternative,” Bean said.

Even though Nevada has ranked among the best states for rental assistance disbursement, with $323 million of federal COVID relief monies distributed, evictions are on the rise and backing up court dates.

Lawmakers said they will look over items from presenters, consider the testimonies and comments, and, in August, vote on bill draft requests regarding summary evictions that could come before legislators in the 2023 session.

At the hearing, real estate professionals argued that despite what lawmakers might hear from residents, landlords and property managers are not focused on pushing tenants out.

“We want to work with our tenants,” said Tina Africk, a local property manager and real estate broker. “It's costly to move a tenant out.”

Africk said she focuses on eviction prevention through the CHAPS or the CARES Housing Assistance Program — which was created to distribute federal COVID aid — if she notices a renter falling behind. She said she doesn’t know any property managers who are trying to evict renters and that she believes professionals in the business mostly steer struggling tenants toward resources, similar to her approach.

But lawmakers had questions about the differing stories between renters and property managers.

“I'm wondering if you can help us with the disparity between what we're hearing from you and what we hear from others about issues with eviction,” said Sen. Dallas Harris (D-Las Vegas).

Africk responded by saying the reason for the difference is either because of the mantra “there’s two sides to every story” or that horrible stories about evictions are related to landlords who do not know the law or to corporate owners.

Even though some of the homes she manages are owned by corporations, Africk said the bulk of her properties have just a single owner. She advised lawmakers not to shift financial burdens from one constituency to another based on an assumption that might not be valid.

“Assuming that one constituency has unlimited funds to cover the cost of the other constituency — and that just is not the case with the vast majority of people that I manage properties for,” said Africk.

Africk urged lawmakers to instead focus on letting landlords know about the resources available for struggling tenants.

However, advocates argue that education will not solve the problem and that CHAPS and other resources are just a Band-Aid to a much deeper issue. Quentin Savwoir, a member of the Nevada Housing Justice Alliance, said Nevada’s unique seven-day eviction law is merely a matter of failed policy.

He said Nevada is the only state in the U.S. that places the burden of initiating court proceedings on the tenant, rather than the landlord, during an eviction. Another stark difference in Nevada is how eviction laws do not require landlords to file a summons, complaint lawsuit or hearing to evict someone.

Nevada defendants are also not able to use free, court-appointed defense lawyers and must pay out of pocket for civil cases like an eviction.

“Now while education might help mitigate [the eviction process], folks should be guaranteed to get their day in court,” Savwoir said.

Some people who gave public comment at the meeting noted how the policy can fall hard on clients with chronic medical conditions or who are unable to pay rent because they are hospitalized or in rehabilitation.

Eric Bugler said he was served a seven-day eviction notice while hospitalized. He said that if it weren’t for the nonprofit Make it Work Nevada helping him navigate the process, he would have been evicted last summer.

“A landlord should not be able to kick me out on seven-day notice while I’m dealing with hardships and in the hospital,” said Bugler, arguing that it should not be so complicated for tenants to exert due process or seek an eviction hearing.

Testimonies at the hearing also touched on tenants' knowledge of eviction laws and their ability to navigate them successfully.

“Tenant rights are being stifled in the process, and it should be no surprise that the legal system is not conducive to the average person – and incredibly difficult to navigate, especially in times of crisis,” said Farrah Downey, the CEO of JF Downey Realty in Sparks.

Downey said her solution is an “emergency eviction prevention program” that she developed which helps tenants and landlords with evictions and crisis relocations on behalf of the Reno Housing Authority. The program is going into its second year and includes an eviction evaluation process.

She said when a landlord files an eviction notice, that it will trigger a systematic response and an “eviction evaluator” will be notified. Tenants are then contacted within 48 hours, an assessment is conducted to evaluate the reason for the eviction and then supportive services are lined up.

“I am not here to fight against evictions or say that they are unnecessary because they are not and we cannot change the business of contracted housing,” Downey said. “But you all hold the power to change the way that it is done.”

As for Bean? He moved from Los Angeles to Las Vegas three years ago for a more affordable lifestyle. But as he faces the prospect that he and his brother could end up homeless, he worries Las Vegas could soon have all the problems he tried to escape when he left California.

“There's sprawling tent cities, there's people living in their cars, rising crime, working people have no place to go, nothing left for us to do — all of this to protect the rights of landlords,” Bean said. “What about our rights?”