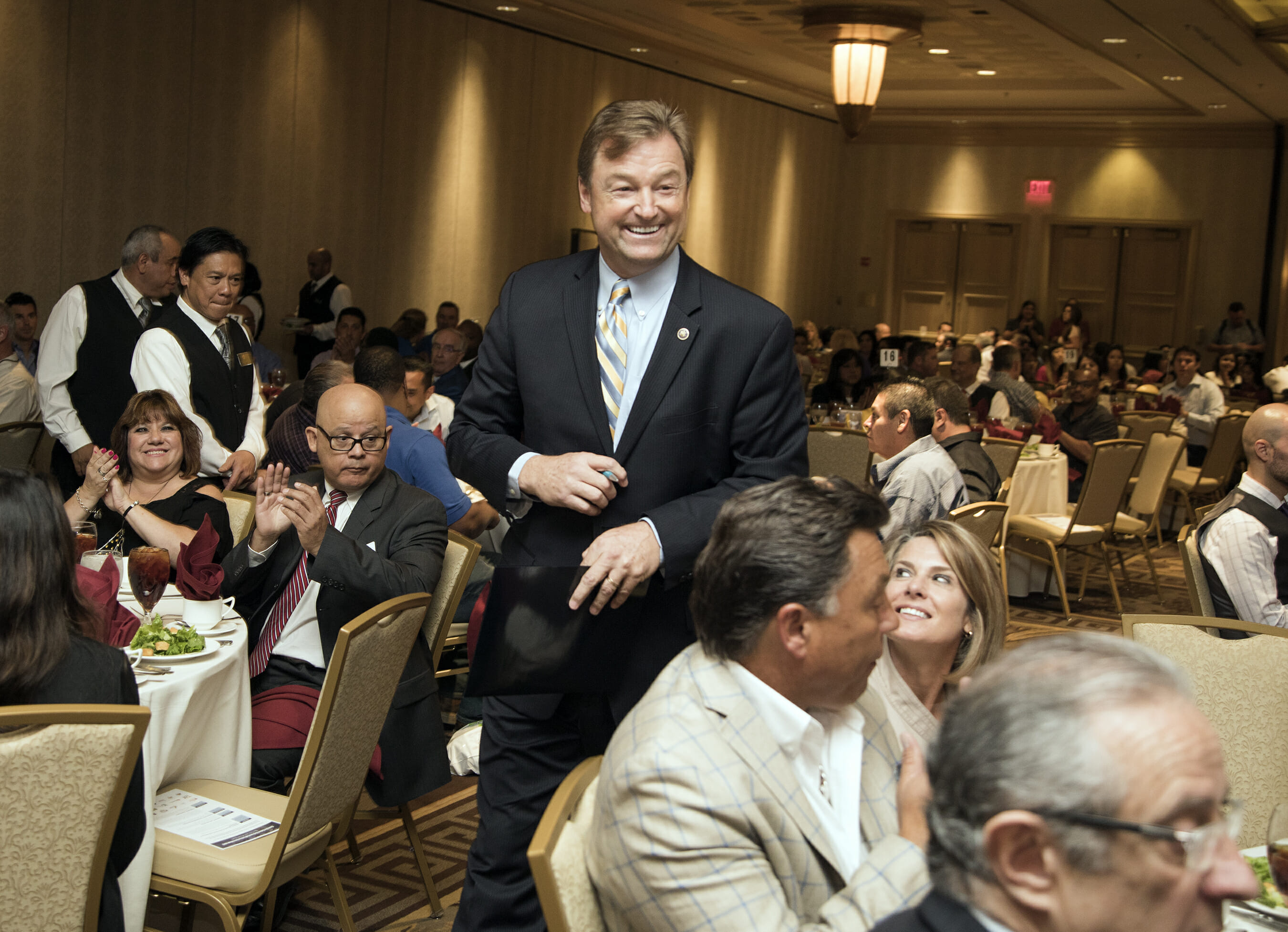 Nearly nine months after the conclusion of the 2016 general election and despite months of hesitation, Republican Sen. Dean Heller has finally confirmed that he voted for Donald Trump for president.

In a short statement released to The Nevada Independent, Heller — who is up for reelection in 2018 and is being challenged in a primary by businessman Danny Tarkanian — confirmed that he indeed voted for the Republican nominee during the 2016 election after more than a year of vocal criticism toward the party’s nominee.

“Yes, I voted for Donald Trump,” he said in a statement texted to a reporter.

The acknowledgement follows nearly a year and a half of criticism and cautious public statements made by Heller about Trump throughout the 2016 election. Most notably, he told reporters in October 2016 that he was 99 percent certain he would oppose the Republican nominee for president.

Heller also donated campaign donations from Trump to charity in 2015, and said during the campaign he was “vehemently opposed” to Trump, whom he described as a man that “denigrates human beings.”

But unlike several of his Senate colleagues, Heller never fully closed the door on supporting Trump, and had kept his presidential vote a secret until now. He told a Reno Gazette-Journal reporter in December that “I don’t think anybody cares” how he voted.

Heller has generally been supportive of Trump’s agenda since the president took office, voting about 90 percent of the time in favor of policies or appointments that line up with Trump’s position. He has described the president’s proposed budget as “anti-Nevada,” and has staunchly opposed the administration’s moves toward establishing a nuclear waste repository at Yucca Mountain.

“When President Trump or my party is right for Nevada, I’ll support them,” he said during an April speech to the Nevada Legislature. “But when they’re wrong for Nevada, I’ll try to change their minds. I’ve always put Nevada first.”

The revelation comes on the same day that Tarkanian’s campaign unveiled an attack website highlighting many of Heller’s cautious statements toward Trump, and asking readers to vote in a poll as to whether Heller is “100% Never Trumper,” “99% Never Trumper,” or “Almost Positive Never Trump.”

Update at 4:47 p.m. to include a tweet from Tarkanian's wife, Amy Tarkanian.