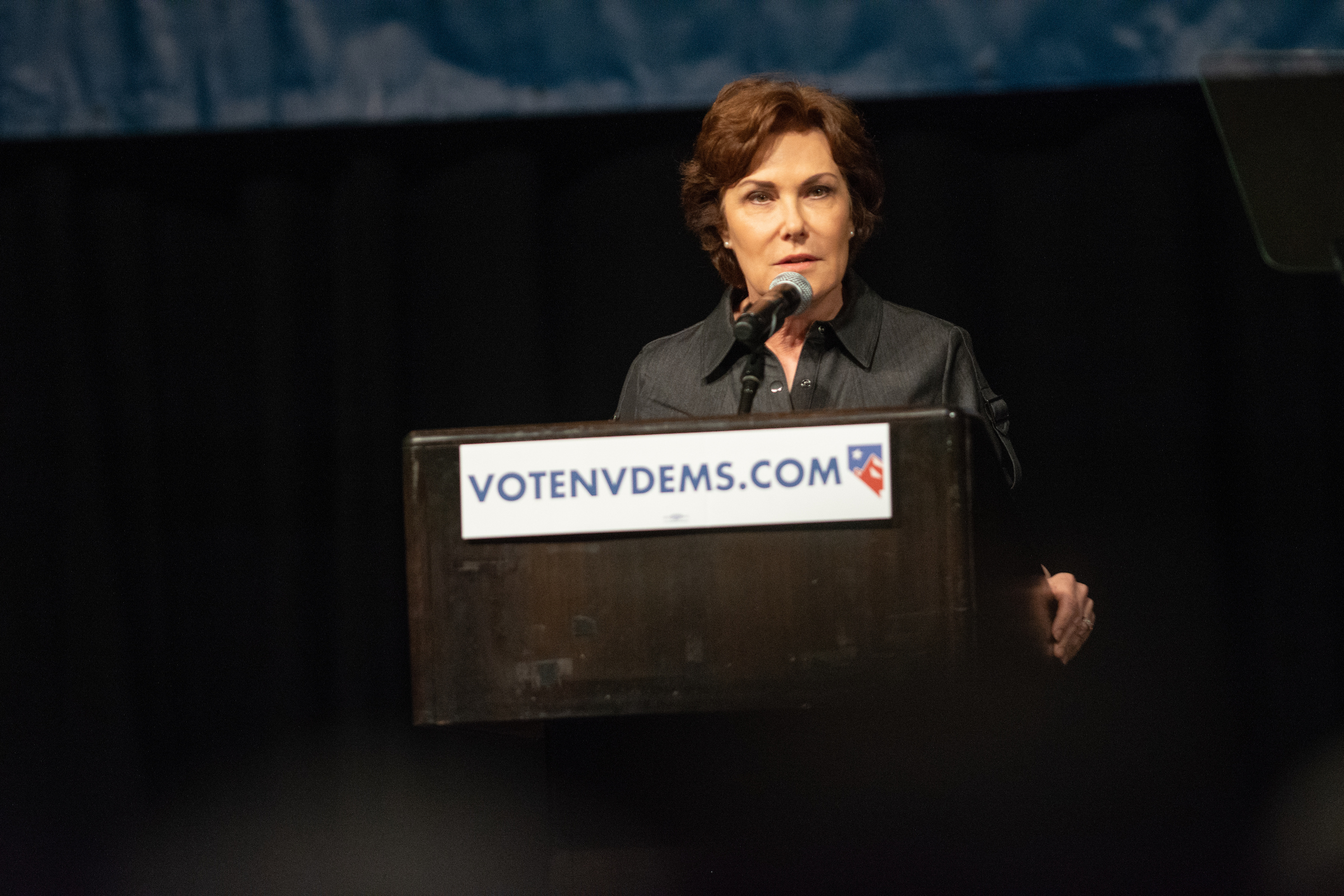 The National Republican Senatorial Committee is up with a new television ad today targeting Rep. Jacky Rosen’s one-woman consulting business that she operated more than a decade ago.

The 30-second spot features Rosen’s face on a yellow balloon and says that her campaign is “full of hot air” for touting that she “built a business” when she ran a one-woman, unnamed consulting operation. The ad is backed by a six-figure buy and will run in Reno starting today.

The ad features clips of Rosen talking about building her business as the yellow balloon slowly inflates, and then displays excerpts from a Las Vegas Review-Journal opinion column saying that “there’s no proof she built anything” and a Reno Gazette-Journal article that said there was “no evidence” Rosen ever held a state or local business license as the balloon slowly deflates.

“No employees. No license. No truth in Jacky Rosen,” the narrator says. “Jacky Rosen’s campaign, heh, full of hot air.”

Rosen’s campaign told the Gazette-Journal, which first reported the details about her consulting firm, that she ran the consulting business between 1993 and 2002 and served two main clients, Southwest Gas and Radiology Specialists.

State officials told the newspaper that Rosen would not have been required to seek a state license for her consulting firm, so long as she didn’t hire any employees, while Henderson officials said she would’ve needed a local license to operate, though the city destroys those records one year after a business closes. Rosen’s campaign told the Gazette-Journal that Rosen believes she filed the proper paperwork but it was hard to know for sure because she did not keep documents from two decades ago.

Rosen, in a statement on Tuesday, said that it's "nothing new" for female elected officials and candidates to have their "experience baselessly dismissed or their qualifications questioned." She said that U.S. Sen. Dean Heller, her opponent, and Republicans in Washington D.C. were "desperately pushing already-debunked attacks."

"They’ve got nothing else to run on," Rosen said in the statement. "I know how hard I worked to advance as a computer programmer in the male-dominated tech field and then continue my career as an independent consultant."

Heller has also faced questions about his 180-acre hay farm in Smith Valley. Heller initially told the Gazette-Journal that because the farm is a household business that never made a profit he didn’t need a business license, but eventually obtained one out of an abundance of caution.