On the record: Democratic secretary of state candidate Cisco Aguilar 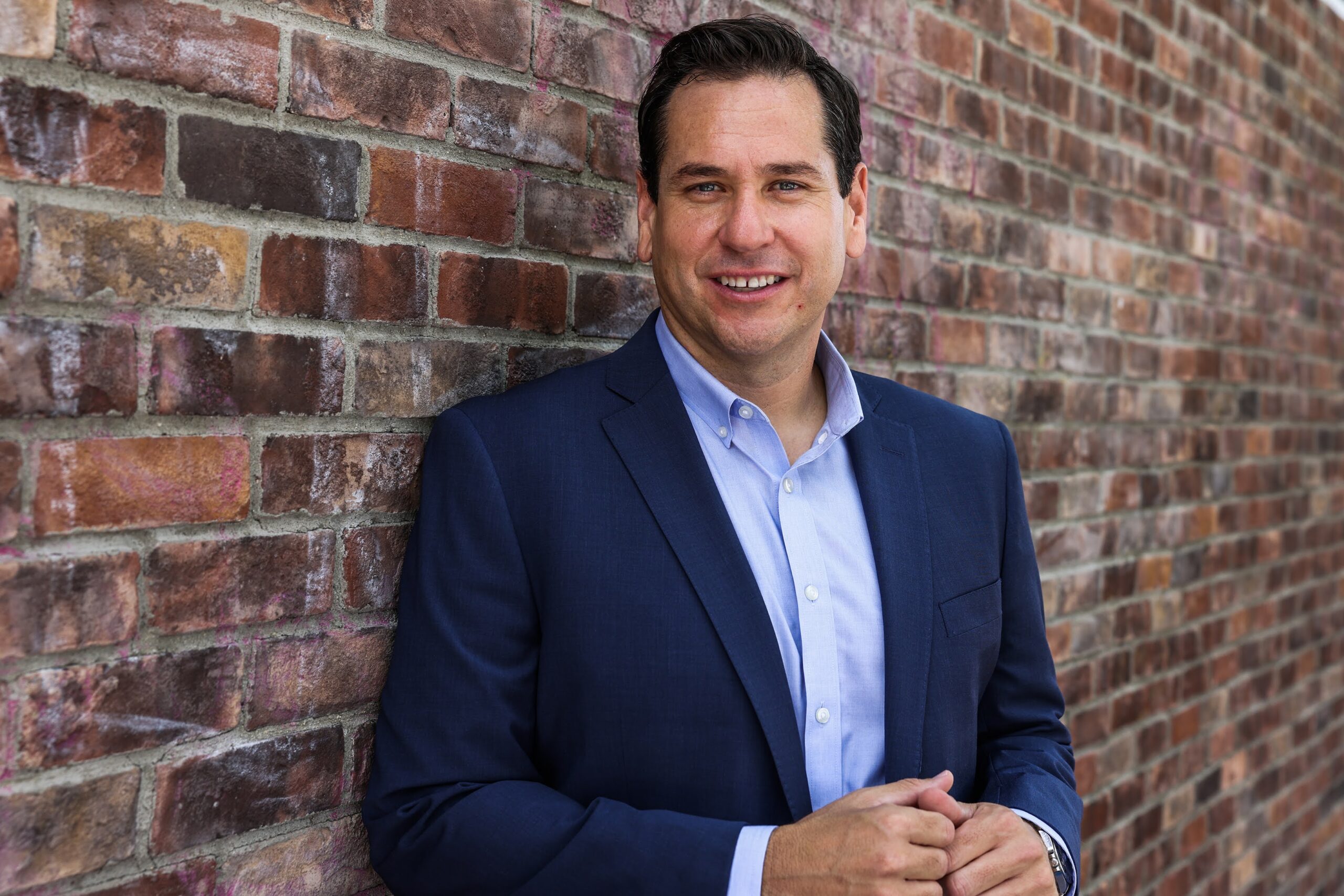 This is an installment in a series of "On the Record" pieces highlighting the policy stances of candidates running for major offices in the 2022 Nevada election. Check back in the coming days and weeks for additional coverage, including a look at the positions of Aguilar’s opponent, Jim Marchant, tomorrow.

Amid challenges to the state’s election administration systems from Republicans who have embraced baseless claims of widespread election fraud, Democratic secretary of state candidate Cisco Aguilar is ready to talk about voting.

Aguilar entered the race with deep financial backing, raising more than $647,000 through June (of which almost $580,000 came from contributions of $100 or more), according to campaign finance filings.

A lawyer by trade with a background in finance and accounting, Aguilar spent eight years on the Nevada Athletic Commission, in addition to stints serving as legal counsel for higher education Chancellor Jim Rodgers and Agassi Graf, a management company for tennis stars Andre Agassi and Steffi Graf.

Nevada’s secretary of state is charged with a raft of duties, though many relate either to elections or business oversight. The position involves handling election administration, the state’s campaign finance database and filing systems, business licensing, corporate registration and notaries.

Though often considered among the more obscure statewide offices — sitting somewhere between attorney general and the treasurer in the minds of voters — the secretary of state’s office has found itself garnering more attention in the wake of coordinated efforts by Republicans to deny the legitimacy of the 2020 election, undermine faith in election systems and challenge the implementation of certain voting policies and regulations ahead of the 2022 midterms and beyond.

Aguilar is running against Republican Jim Marchant, a former state assemblyman and congressional candidate in 2020 who is among the most prominent election-deniers in Nevada. The winner would replace Republican Barbara Cegavske, who served two terms as secretary of state and was the only Republican to win a statewide office in the 2018 midterms.

Aguilar spoke to The Nevada Independent in an interview for our “On the Record” series, and a summary of his responses are included below.

As some county-level politicians and administrators have moved to do away with electronic voting machines and implement the hand-counting of paper ballots, Aguilar said that any decision to ban hand-counting was “not a decision for me.” Instead, he said any communities considering a switch “need to understand all the implications and all the unintended consequences.”

“There's significant resources that go into ensuring that paper ballots and hand counting exists, and I think a community has to determine — is that a bigger priority than education, than health care, than infrastructure for their community?” Aguilar said.

Aguilar also said hand-counting paper ballots was “a solution to a problem that doesn’t exist,” asserting that Nevada election systems are “pretty secure” and praising the efforts by current Secretary of State Barbara Cegavske to maintain election security “to the highest degree of integrity.”

Aguilar said that, as an elected official, he would have a responsibility to listen, “come to the table and have a dialogue about what the issues are ... and what solutions exist.” However, he also said that “ultimately, I’m going to make the decision not just for a certain group of individuals in Nevada, but for all Nevadans.”

Asked how he would handle attempts to get rid of electronic voting machines, Aguilar likened the situation to any other business that has a responsibility to evaluate its systems and processes.

Addressing the increasing public threats and pressure against election workers across the country, Aguilar said that such workers “are there to do a job,” and that “they deserve to be in an environment that is safe, it’s secure, and they’re not going to be harassed or intimidated because of what they’re trying to do.”

“Come after me,” he said. “Don't come after the election worker who's just there to do a job or the volunteer that's there to protect our democracy.”

He also expressed some concerns about the lack of experience among newer election workers, saying that, “Being an attorney, walking out of law school, passing the bar, you don’t have the full knowledge base that a 20-year practicing attorney has.”

“It’s the same in elections,” he said.

Aguilar described Nevada’s election laws as “some of the best in the country,” praising Democratic lawmakers and Gov. Steve Sisolak for bills in the 2021 legislative session that made elections “open to all voters.”

In the summer of 2020, citing concerns over voting in the midst of the pandemic, Nevada Democrats spearheaded the expansion of mail-in voting to include all active registered voters during an emergency special legislative session. Later, in 2021, Democrats still in control of the Legislature, cemented many of those changes with AB321.

“We're unique here in Nevada because we have a 24/7 economy,” Aguilar said. “We have workers working 7 a.m. to 7 p.m., and to require that they have the opportunity to vote on the first Tuesday of November from 7 a.m. to 7 p.m. doesn't work. We are different.”

Asked whether he backed any changes to the transparency of the state’s campaign finance laws — which require less-frequent reporting than federal laws, especially in the period before candidate filing begins — Aguilar said that: “The more transparent and open we can be about our elections, I’m all for it.”

As for Nevada’s mail-in ballot laws, Aguilar said he wants to look at other states that have “deeper experience” with mail-in voting. AB321 permanently expanded mail-in voting but made some changes, including shortening from seven to four days the deadline for when ballots postmarked by Election Day can be accepted.

“I think when you look at Oregon and their ability to process mail in ballots and their ability to get those results out quickly to the voters, we need to do everything we can to provide as much information to voters as close to election day as possible,” Aguilar said.

He added that the large number of Nevadans voting by mail in 2020 is “proving that it works” and that “Nevadans want it.”

Aguilar also backed an ongoing switch of the state’s voter registration system from “bottom-up” to “top-down,” putting the system directly under the purview of the secretary of state rather than keeping it at the county level.

Saying it adds accountability to the office by making the secretary of state’s office “the sole person responsible for a database of every voter,” Aguilar did criticize the four-year implementation timeline proposed by Cegavske’s office.

“If you asked MGM if they were gonna implement a new system or a new technology, if they took four years to do that, it would be outdated by the time it was actually implemented,” he said. “We need to be quicker and we need to be more responsive.”

And on the issue of ballot collection, often referred to as “ballot harvesting,” or the process by which non-family members can collect and turn in a person’s mail-in ballot, Aguilar signaled he would be open to additional regulations following a move by legislative Democrats to expand collection rules in 2021.

“Anything that goes to protect the integrity of the system and to give people faith and trust in the system, we have to consider and look at,” he said.

In 2020, Gov. Steve Sisolak rejected a slate of proposed regulations on ballot harvesting from Cegavske’s office, saying she had co-opted the state’s emergency regulatory process “for what appears to be political reasons.” At the time, Cegavske said she was “disappointed” in the governor’s move.

Aguilar also said that any discussions about increased security for ballot drop boxes — often criticized as an election security weak-point by Republicans and other critics of current election laws — would have to “weigh the pros and cons” and consider fiscal impacts.

He also lauded the performance of the current secretary of state, calling her “phenomenal.”

“Secretary Cegavske has done a phenomenal job at making sure that all Nevadans had access to the ballot box and the decisions she's made have been solid as they have been proven by the courts,” he said.

He also said that he has “had conversations” with Cegavske in which she “educated me on some of the issues within the office.” Asked if he would accept her endorsement, Aguilar said: “Anybody that wants to endorse my campaign, I’m going to welcome them with open arms.”

However, he also said that it was “too early” for him to say whether he would maintain continuity among secretary of state staffers already working under Cegavske.

Asked how Nevada could improve the transparency of the business licensing process — especially in the wake of revelations from the Panama Papers in 2016 that Nevada had become a haven for secretive shell companies with overseas links — Aguilar said “it’s a balancing act.”

“Corporate filings in Nevada are a significant revenue source for this general fund, and we have got to, one, maintain our status as Delaware the West. We have competitors out there in the market — we have Wyoming, we have Idaho — who are coming after our market share and corporate filings,” he said. “It is a significant revenue source, but there is a balance to ensure that it's open and transparent and it's trustworthy.”

Pressed on specific steps that should be taken to address business licensing issues, Aguilar pointed to the state’s Silver Flume filing system, which he said would need to be evaluated based on business-owner needs and “if it’s still relevant.”

As for whether the state should revise the fee structures governing such filings, Aguilar deferred, saying “that’s a conversation.”

“It goes back to my earlier comment, it’s an executive’s responsibility to review every system, every process and continually make sure that it’s fair and it’s serving its intended purpose.