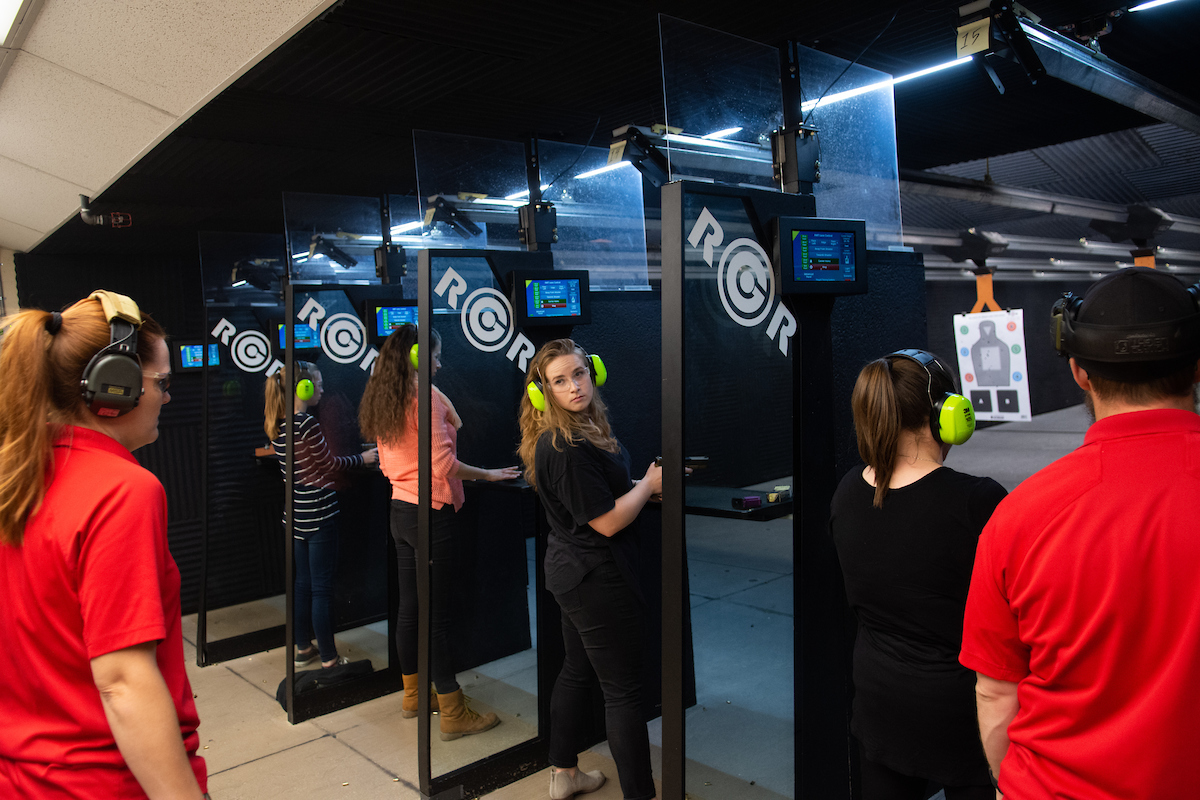 Nevadans are roughly split on whether stricter gun laws would reduce mass shootings, but vast majorities support gun control policies such as universal background checks and raising the legal age for purchasing assault and semi-automatic weapons to 21, according to the new Nevada Independent/OH Predictive Insights poll.

The poll — which surveyed 924 registered voters between July 9 and July 18, with a 3.2 percent margin of error — showed that 49 percent believe tougher gun laws would reduce the number of mass shootings. Forty-two percent disagreed, and another 10 percent were unsure.

Mike Noble, chief research and managing partner of the Arizona-based OHPI, said in an interview that the results reflect several divisions among different groups on the issue, including an urban-rural divide.

“Overall, Nevadans are split, but it really depends on which demographic groups you're looking at,” Noble said.

Numbers in different parts of the state — the population centers of Clark County and Washoe County, and the remaining rural counties — indicated voters were divided.

Younger voters were more likely to say that tougher gun laws would prevent mass shootings — 61 percent of 18 to 34-year-olds said “yes” to the question, while 55 percent of 55 to 64-year-olds and 47 percent of those 65 and older said “no.”

However, when asked about certain specific gun restriction policies, Nevadans were much more supportive. For example, 83 percent said they support policies to require criminal background checks for all gun purchases, including those at gun shows and private sales. Federal law only requires a background check whenever a person attempts to buy a gun from a licensed gun dealer, but some states, including Nevada, have implemented broader state background check laws.

Voters also approved raising the age to purchase an assault rifle and semi-automatic weapons from 18 to 21, with 75 percent supporting the idea.

The poll showed that 69 percent of Nevadans support red flag laws. Also known as an extreme risk protection order law, the policy allows authorities to temporarily remove guns from someone who poses a danger to themselves or others.  Nevada lawmakers adopted a red flag law in 2019, but the policy has been used sparingly since going into effect in January 2020. Only 17 percent of poll respondents said they were opposed.

Other gun control policies were widely popular among voters — 70 percent back mental health checks on all gun buyers, and 70 percent support raising the age to 21 to buy all guns.

Noble noted that policies with less overwhelming support, such as the high-capacity magazine ban, reveal a sharp partisan divide, with 80 percent of Democrats in favor but only 41 percent of Republicans in accord.

Additionally, only 46 percent of voters agreed with allowing teachers and school officials to carry guns on school grounds, and just 45 percent backed encouraging more citizens to carry weapons to defend against attackers. Those had a comparatively high level of unsure votes — 25 percent and 23 percent, respectively.

Noble attributed the fact that some specific gun restrictions are popular with voters but have stalled in Congress to the success of gun lobbying groups such as the National Rifle Association.

“The question is, well, ‘Why are a lot of these things not in place?’ The gun lobby has been pretty strong,” he said. “But when you look at voter sentiments, a lot of these seem like pretty common sense, no-brainer items.”

The poll comes after an increasing number of mass shootings, including in Uvalde, Texas in May, when an 18-year-old, who had legally purchased an assault rifle, killed 19 elementary school children and two teachers.

According to the Centers for Disease Control and Prevention, in 2020, firearm-related injuries were among the five leading causes of death for people ages 1-44 in the United States. Firearm homicide rates are highest among teens and young adults (15-34 years of age) and among African-American, American Indian or Alaska Native and Latino populations.

In response to the Uvalde shooting, the Democrat-run House passed a package of bills last month that included a provision to raise the age to purchase assault rifles. The House also recently approved a ban on assault weapons, but with the prospect of the GOP minority filibustering the legislation, the Senate will not likely consider the measure.

The upper chamber is split 50 to 50 between the parties and 60 votes are needed to overcome a filibuster.

Instead, the Senate negotiated and passed a bipartisan bill, signed into law by President Joe Biden, that included funds to help states implement red flag laws.

The bill won the support of 15 Senate Republicans, including Senate Majority Leader Mitch McConnell (R-KY). But only 14 House Republicans voted for the package. Rep. Mark Amodei (R-NV), the congressional delegation’s sole GOP member, opposed the measure and cited a concern that the legislation could result in law-abiding citizens having their constitutional right to bear arms taken away.