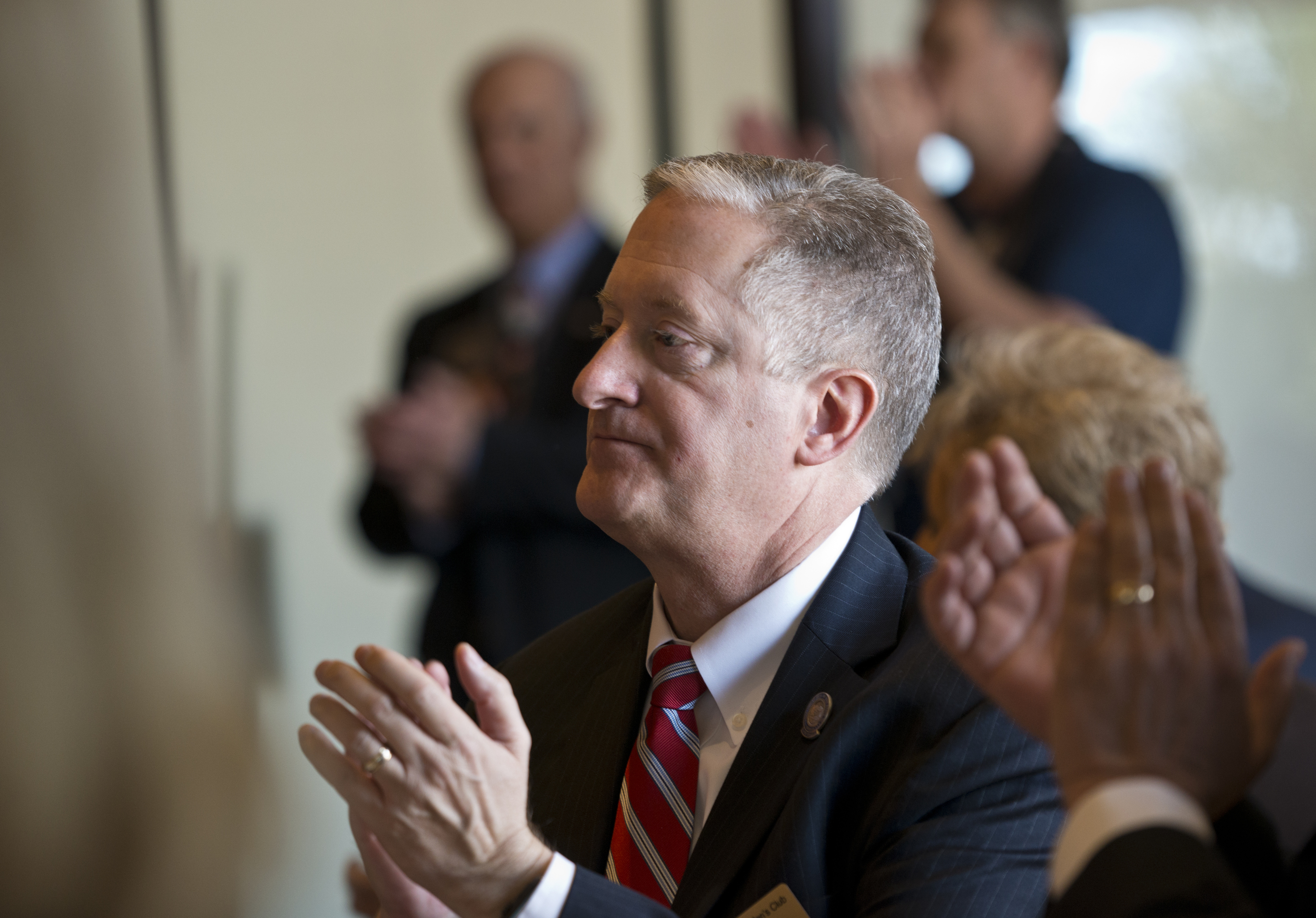 A recount has upheld Republican Keith Pickard’s victory earlier this month in a competitive Henderson-area state Senate race, denying Democrats a supermajority in the upper chamber of the Legislature.

The results of the recount, first reported by the Associated Press, determined that Pickard won the race by a narrow 24-vote margin over Democrat Julie Pazina in Senate District 20. Democrats, who had needed to win the seat in order to capture a 14-person supermajority in the chamber, will now control 13 seats in the state Senate and hold a 29-person supermajority in the Assembly.

The results will be officially canvassed on Thursday at 11 a.m.

With Pickard’s victory, Republicans will be better positioned to stall or stop Democratic efforts in the Senate next year. A supermajority in the Senate would have allowed Democrats in both chambers to pass taxes or override vetoes without Republican support.

Pazina, a national sales director for a temporary utility contractor, requested the recount earlier this month after vote totals showed her trailing Pickard by only 28 votes, or 0.05 percent. She conceded the election last week in a statement on Twitter.

“While the outcome ultimately was not what we hoped, this has been an incredible journey and I feel fortunate to have gotten to know so many of my neighbors over the past year,” Pazina said in the statement. “I would also like to congratulate Keith Pickard on his win. I wish him success in his service to our community in the legislature.”

Pickard, a first-term assemblyman and lawyer, said in a tweet on Thanksgiving that he was “thankful and humbled” to represent the Senate district.

“I’m committed to be an effective advocate for our community. Time to go to work,” he said.

The two candidates had traded barbs in the election, with Pickard sending out mailers accusing Pazina of being a “far left liberal” and Pazina criticizing Pickard over health-care policy. They were vying to replace Republican Michael Roberson, the former Republican Senate leader who made an unsuccessful bid for lieutenant governor this year.

Pickard’s victory also means that as many as 13 men and as few as eight women could serve in the state Senate next year, though the gender balance could tip to 11 men and 10 women should women be appointed to fill the seats of outgoing Democratic state Sens. Tick Segerblom and Aaron Ford. If that happens, there could be 32 women and 31 men serving between the two houses, the first time in both state and national history that a legislative body is majority female.

In 2016, Republican Jill Dickman requested a recount in a tight race in a Northern Nevada Assembly district against Democrat Skip Daly. After a recount of the more than 30,000 votes cast in Assembly District 31, the Washoe County Registrar of Voters determined that Daly defeated Dickman by 36 votes, down from the preliminary 38 vote total.