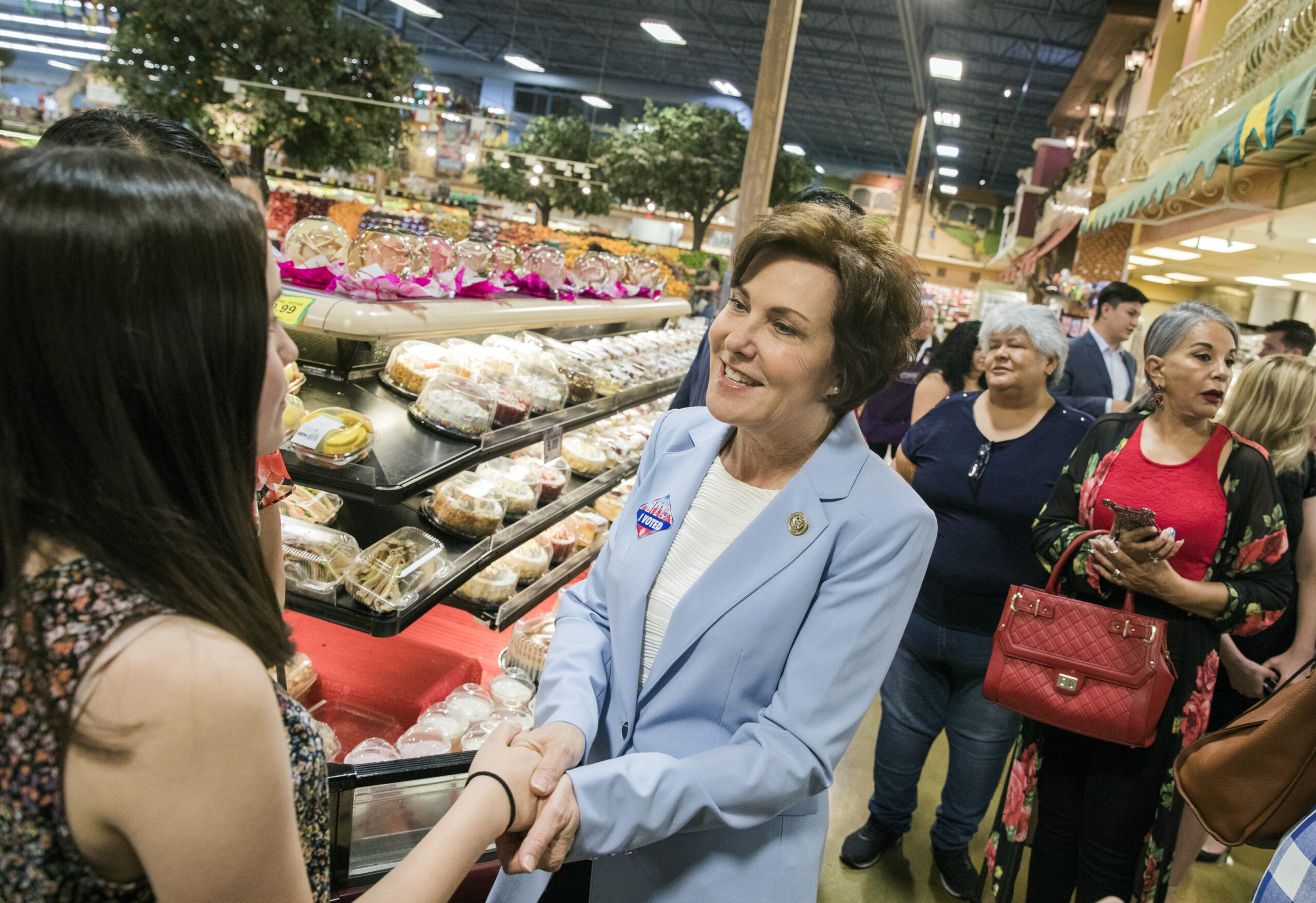 Democratic Rep. Jacky Rosen leads Republican U.S. Sen. Dean Heller by nearly 50 points among likely Latino voters in Nevada, according to a poll taken for Rosen’s campaign and reviewed by The Nevada Independent.

The poll found that 72 percent of likely Latino voters favor Rosen, 24 percent favor Heller and 4 percent are undecided in a direct matchup between the two candidates. The survey, which sampled 511 Latino likely voters between Oct. 5 and 11, was conducted by the Latino political opinion research firm Latino Decisions, which offers bilingual interviewing at the first point of contact with interviewees and is known for its ability to accurately sample and poll Latino voters in Nevada.

Crosstabs from other recent polls — which are typically less useful for determining how a specific demographic group will vote because of a smaller sample size within those groups and a higher margin of error — have tended to show a narrower margin between Rosen and Heller with Latinos. A frequently cited NBC News/Marist poll, for example, has Rosen only leading by 16 among likely Latino voters, with 54 percent backing her and 38 percent supporting Heller.

The Heller campaign did not respond to a request for its polling data on likely Latino voters for comparison.