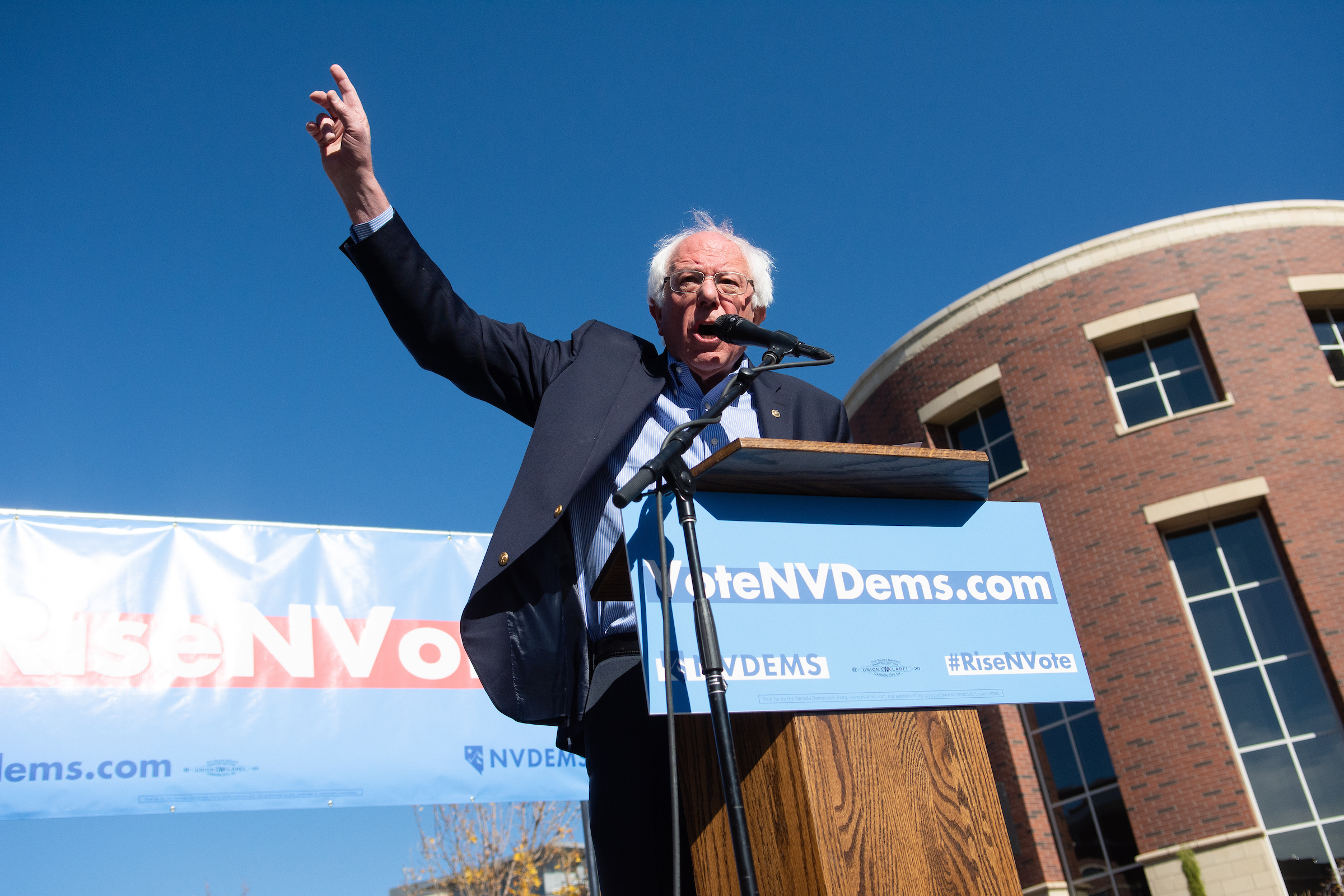 U.S. Sen Bernie Sanders, a Democratic presidential frontrunner, is doubling down on his opposition to the construction of a long-term nuclear waste repository at Yucca Mountain in a new video released by his campaign on Thursday focusing on Native community opposition to the project.

The video, which will run on Facebook, Instagram, and Twitter, features several tribal members, whom campaign staff met with while attending Western Shoshone National Council Chief Johnny Bobb’s annual peaceful protest and sacred walk, talking about their opposition to the nuclear waste dump. It also highlights the distance between President Donald Trump’s declaration last fall that he “would be very inclined to be against” the proposed project and the fact that year over year he has included funding in his recommended budget to restart licensing activities at Yucca Mountain.

Though the video does not include any footage of Sanders, it does feature a statement in which he asserts that constructing a permanent repository at Yucca Mountain would “violate tribal treaty rights and the will of ordinary Nevadans.”

“The proposal by President Trump and Republicans in Congress to send our nuclear waste to Yucca Mountain would be a geological, environmental, and social disaster,” he says.

In the video, Mary Gibson, a member of the Te-Moak Tribe of Western Shoshone, says it is indigenous people who pay the price when the United States and other countries “decide to do what they wish with the land and the water and our life sources.”

“The United States government prefers putting their trash next to the original owners of this land,” Gibson says.

Faiz Shakir, Sanders’ campaign manager, said in a statement that Native communities have been largely absent from the conversation about Yucca Mountain.

“Our campaign is committed to standing in solidarity with Native communities and listening to them directly about how the federal government continues to break solemn promises by violating tribal laws and treaties,” Shakir said. “When we are in the White House, we will empower indigenous communities by honoring tribal sovereignty, upholding the trust responsibility and lifting up their voices."