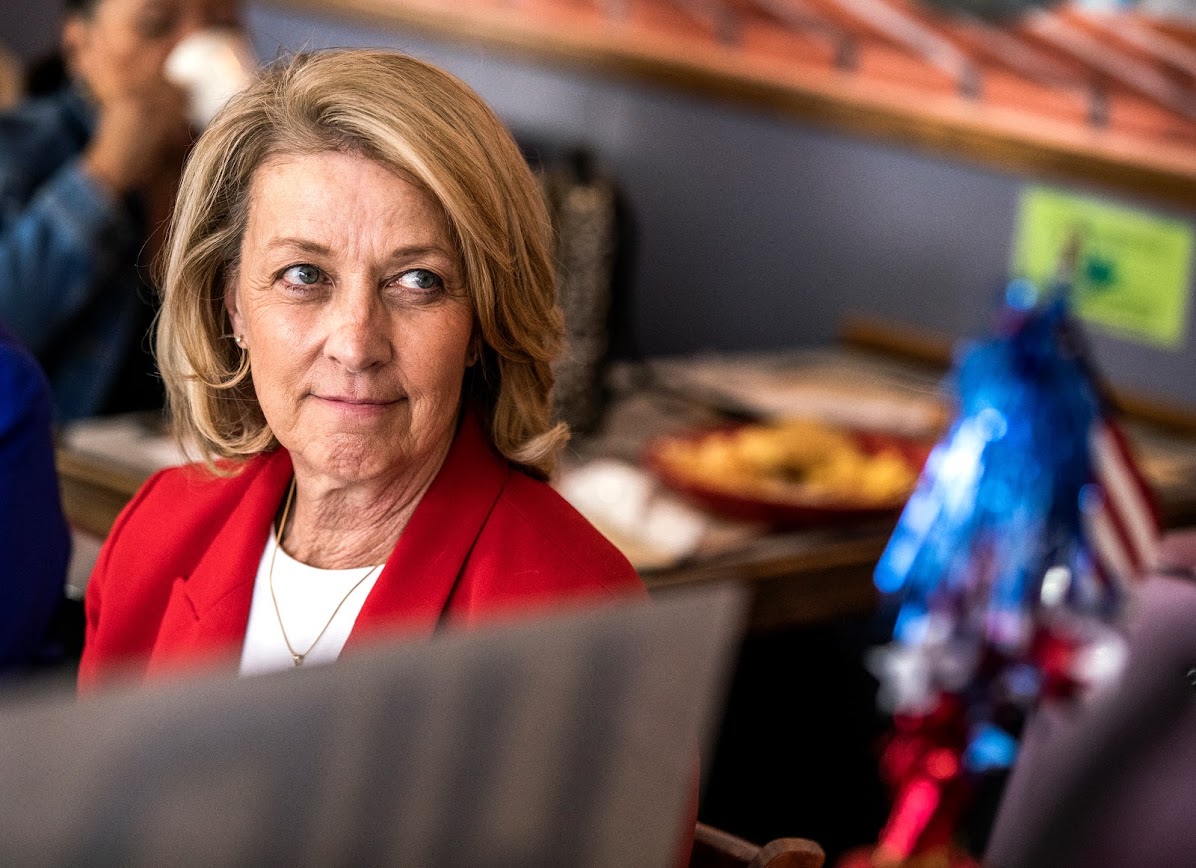 Republican Secretary of State Barbara Cegavske opened up Wednesday about her experience on the job after the November presidential election sparked allegations of voter fraud in Nevada, as well as about threatening emails and phone calls she and her family and staff received.

Cegavske’s appearance at the Hispanics in Politics monthly meeting in Las Vegas marked a rare public appearance by the secretary of state after the contentious election season in which she pushed back on allegations that there was widespread voter fraud. She told The Nevada Independent in an interview after her speech that the extent of the threats was “saddening” and was not something she wanted her staff to go through.

She also said the level of threats, harassment and privacy concerns led her to unplug the phone landline in her home.

When asked if she had been changed by the experience, Cegavske said the level of threats to family and staff, the involvement of national news and cyber security has taken a toll.

The secretary of state also said that the fallout goes beyond threats. One website in particular (which The Nevada Independent is not naming for safety concerns) has targeted her along with other U.S. election officials through doxing, which is publishing otherwise private information with malicious intent. The website has been removed by the Federal Bureau of Investigation three times, Cegavske said.

She also has received disapproval directly from the Republican Party after her office publicly stated that there was no evidence found of widespread voter fraud in Nevada in the 2020 presidential election, even though it was alleged by former President Donald Trump and Nevada Republicans. In April, the Nevada Republican Central Committee voted to censure Cegavske over claims that her office failed to do its job.

Cegavske defended herself during the interview by stating that she was only following the law.

In her speech at the group’s gathering, she acknowledged that in every election there are going to be instances of fraud, whether it is accidental (such as people with Alzheimer's who forget they already voted) or intentional (such as people attempting to bypass the citizenship requirement). But she said her office found no proof that the election was manipulated.

In March, the state Republican Party brought forward nearly 123,000 alleged fraudulent votes cast in the 2020 election as evidence for the secretary of state to review. By late April, Cegavske announced that her office still found no “evidentiary support” of widespread voter fraud.

She also informed the Hispanic in Politics meeting attendees about bills passed in the recent legislative session that affect the election process, including AB321, which permanently expands mail voting, AB126, which turns Nevada’s presidential caucus into a primary election, and AB422, which implements a top-down voter registration system.

Cegavske publicly asked during the event not to be recorded.