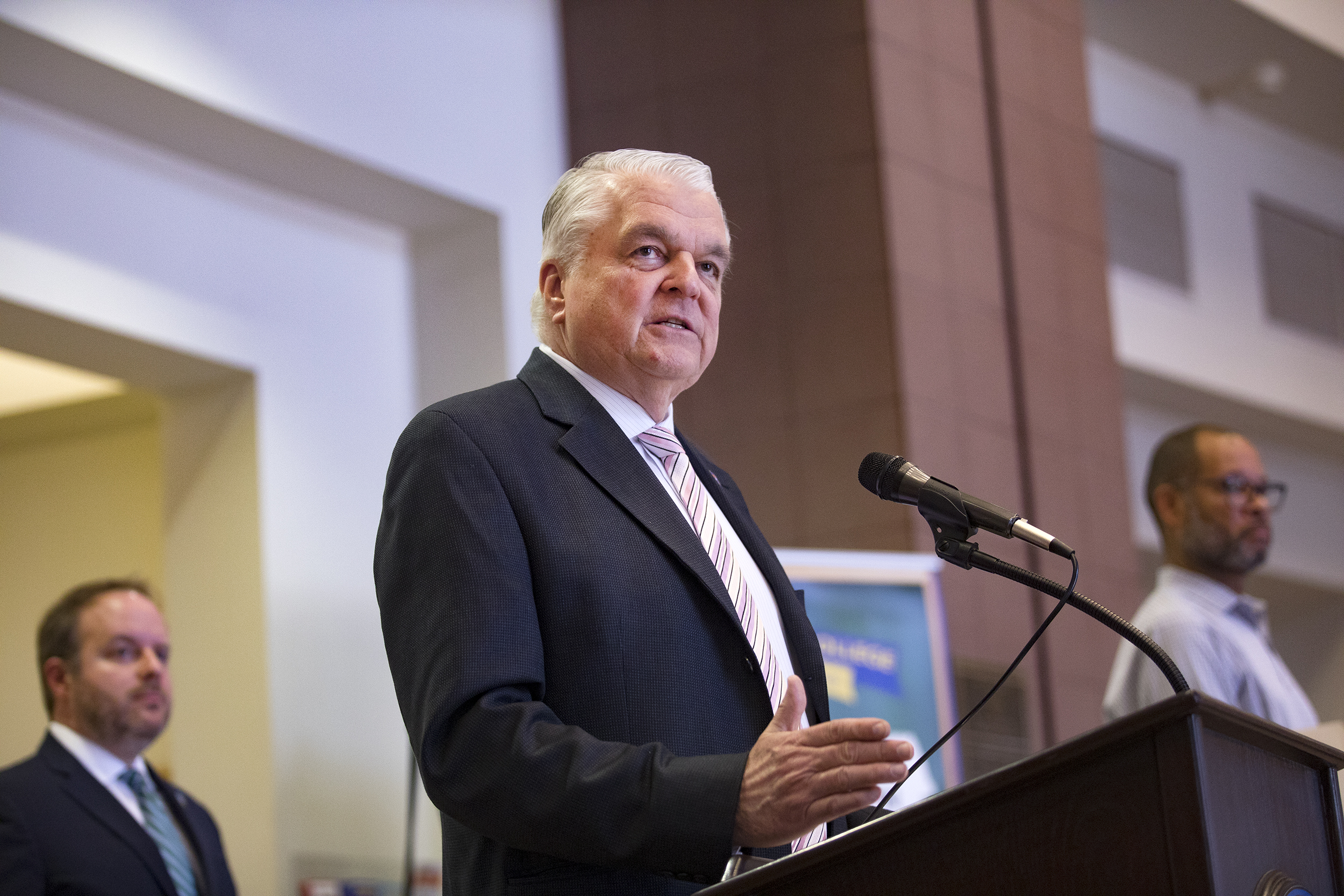 Gov. Steve Sisolak has announced a moratorium on evictions for both residential and commercial tenants for the duration of the state of emergency, providing relief for renters who, in many cases, are facing the first of the month without a job and are under orders to try to stay at home for their own health.

The announcement, which came in a press conference on Sunday afternoon in Las Vegas, comes after a coalition of legal aid providers and other advocacy groups called on elected officials to issue a statewide moratorium on evictions. Prior to the announcement, a patchwork of orders from some 40 courts in the state led to confusion about who was eligible for what, if any, relief or postponement of an eviction.

"This decision was made because this is not the time to put people out on the streets, which will only result in an increased risk of infection and more strain on our health care system,” Sisolak said.

The executive order makes an exception for people who are considered dangerous because they pose a threat to other residents, the public or a landlord’s property. The definition of “dangerous” does not apply to people self-isolating because of a COVID-19 diagnosis, or emergency responders who may have been exposed to the virus.

He cautioned landlords against locking tenants out or sending messages to them trying to scare them into leaving. But he also urged tenants and landlords to develop plans within the next month on how to repay the missed rent to avoid accumulating insurmountable debt, and noted that the executive order "does not constitute free rent or mortgage.”

State Treasurer Zach Conine discussed aid available to homeowners who are struggling to pay their mortgage. That includes a 90-day grace period on making payments and waivers of late fees.

He emphasized that homeowners need to reach out to their lenders and ask for the assistance if they need it, adding that if a homeowner is struggling to connect with their bank, "please let me know and we'll call them together."

Attorney General Aaron Ford said that he had spoken with representatives from the Nevada Association of Realtors and the Nevada State Apartment Association and they had expressed “empathy and compassion for our fellow Nevadans.” But he said his office has also received many complaints from tenants, including seniors, “who’ve been frankly bullied by their landlords.”

"Unfortunately ... there are still some landlords and lenders out there who remain, shall I say, inflexible,” Ford said.

But he hearkened back to his own personal story in describing the need for the moratorium.

"I know what it's like to grow up in fear that your lights won't turn on, or even worse, that your family might end up homeless,” he said. “No child should have to go through that, and no adult should be saddled with these issues during an already stressful pandemic."

He also revealed that his office would be allocating $2 million in legal settlement funding the state has received to the United Way’s emergency food and shelter fund.

The sweeping announcement comes after more than 20 organizations signed on to a letter last week calling for help for renters, who comprise 45 percent of Nevada households. Advocates argued that the governor has the authority to stop evictions under sweeping emergency powers.

In a statement released Sunday night, the statewide Nevada Realtors group threw its support behind Sisolak’s order, saying in part that it had already been encouraging its members to “work out solutions” with residents who own or rent homes.

The group also reiterated Sisolak’s message that the move wasn’t “free rent,” and that renters will still be bound by their contracts once the coronavirus crisis ends.

The Nevada State Apartment Association said in a statement that it was continuing to review Sisolak’s order, adding that it remains committed to ensuring the moratorium was implemented “as smoothly as possible.”

Many states have taken action by enacting emergency bans on evictions and creating other tenant protections. In New York, Governor Andrew Cuomo passed a three-month suspension of commercial and residential evictions and suspended mortgage payments for people who are out of work for 90 days. California Gov. Gavin Newsom issued an executive order giving the state’s local governments the authority to pass their own moratoria, a protection through May 31.

Taking questions from the press, Sisolak said the state has yet to receive any additional shipments of testing kits or personal protective equipment (PPE) from the federal government, adding that it was difficult for Nevada to compete with states like New York and California when supplies continue to run low.

In Nevada, much of the testing burden has been shifted to the state and private labs, as test kits in Southern Nevada continue to run low or, in some cases, run out entirely. The Southern Nevada Health District announced Friday that it had only 119 test kits left, even as it continued to perform up to 40 new tests per day.

In the meantime, Sisolak says state health care providers have continued to operate largely with the help of private donations, including a number of large PPE donations from the biggest gaming companies on the Strip.

“Once we get [supplies], they’re distributed across the state to counties and health districts and private communities based on their need — and the need is great,” Sisolak said. “But we are working on our private side to acquire what we can.”

Sisolak also said that his office was continuing to have conversations regarding a possible shutdown of non-essential construction sites in the wake of a scathing report from state occupational health and safety regulators that charged many sites had made little to no effort to implement social distancing requirements.

The construction industry was one of many deemed “essential” under the governor’s existing stay-at-home order, though confirmed cases of the coronavirus at high profile sites — including Allegiant Stadium and Resorts World on the Las Vegas Strip — have renewed concerns that those sites could continue to spread the virus.

It is unclear when emergency measures might be lifted. Sisolak closed his news conference with what has become a common refrain: Stay home for Nevada.

“I know some of our directives have not been very popular in various sections of our community,” Sisolak said. “These are not arrived at easily. I spend a lot of time consulting my staff and experts to come to these conclusions. But as I said previously, if we stay home for Nevada, we can stop the spread of this virus.”

Updated 7:45 p.m. - This story was updated to include statements from Nevada Realtors and the Nevada State Apartment Association.

Read the text of the emergency order below:

Declaration of Emergency Directive 008 Re Evictions.3-29-20 by Jacob Solis on Scribd