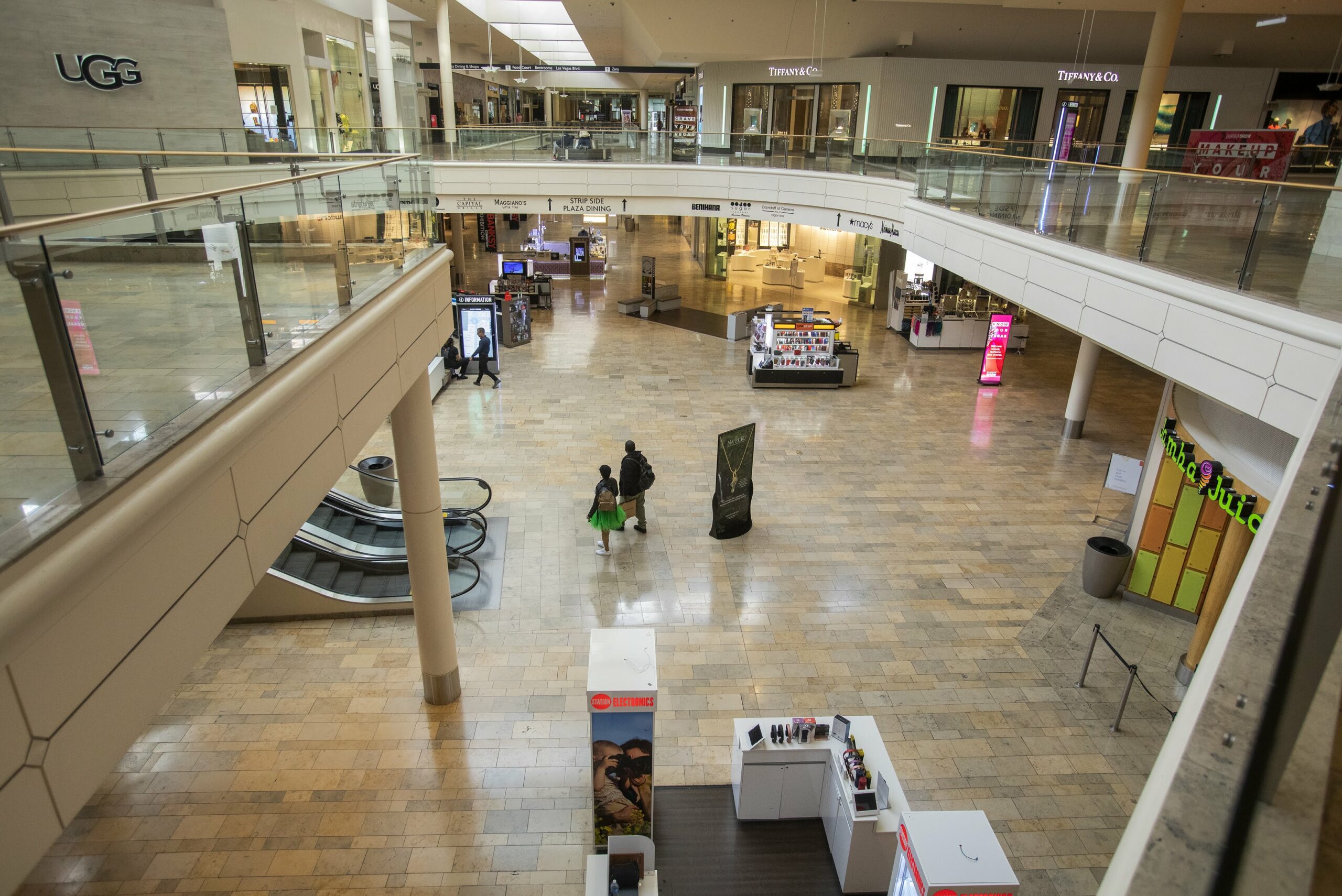 Gov. Steve Sisolak’s request Tuesday night for all nonessential businesses in the state, including casinos, to close their doors for 30 days in order to avoid further spread of the novel coronavirus has been met with some confusion over what is and isn’t an “essential” business.

Businesses of all stripes began to grapple with Sisolak’s unprecedented announcement last night asking most businesses in the state to close, with some beginning to shut their doors around noon while others either continued operating in an unclear environment — workers at the Tesla Gigafactory outside of Reno reported to work on Wednesday, while construction at Allegiant Stadium continues to go forward and several marijuana dispensaries in Las Vegas said were operating.

On Wednesday afternoon, Sisolak’s office released a five-page “Risk Mitigation Initiative” giving more details on the statewide shutdown, including what constitutes an essential and nonessential business.

The guidance lists 20 essential services and sectors, several of which were not mentioned by the governor Tuesday night. Some examples include trash collection, veterinarian services and pet stores, laundromats and dry cleaners, and auto repair services. It also makes an exception for “essential stays” in places such as hotels, commercial lodging, dormitories, shelters and homeless encampments.

The document, however, notes that the essential services may not necessarily be limited to the ones listed.

The list on nonessential services and sectors was also updated, and includes the following businesses:

The guidance also reiterates the temporary ban on dine-in facilities for restaurants and bars, but allows for continued carry-out, delivery and drive-through services while following social distancing protocols.

“No dine-in at food establishments should be allowed until further notice,” it states. “This also includes food courts, coffee shops, catered events, clubs, bowling alleys, and other similar venues in which people congregate for the consumption of food.”

The guidance also sheds some light on the fate of the marijuana industry, stating that all licensed cannabis stores and medical dispensaries may remain open, as long as they adhere to social distancing requirements for customers and employees. The state encourages consumers to use delivery services and to not congregate in stores.

For those with lingering questions, the guidance essentially asks people and businesses to use common sense.

“The goal of this initiative is to protect the health and safety of Nevadans by preventing people coming together unnecessarily, where people who have the infection can easily spread it to others,” the document states. “Ask yourself this question: ‘Where do people get within 6 feet of other individuals for an extended period of time?’ — then avoid those areas.”

The federal Centers for Disease Control and Prevention and public health agencies around the state have strongly recommended that all individuals work or engage in schooling from home if possible, avoid social gathering in groups of 10 or more people, avoid discretionary travel and to avoid eating or drinking in restaurants, bars and food courts. Health authorities also recommend avoiding close contact (within 6 feet) of any other person, as the virus is transferred through respiratory droplets that can easily spread between people in close proximity.

Local governments around the state took different approaches to the governor’s remarks and guidance — City of Las Vegas Mayor Carolyn Goodman pushed back on the order and said she would ask Sisolak to shorten the length of the shutdown, while officials in Washoe County gathered Wednesday to reiterate the governor’s message and urge closure of “non-essential” businesses.

On the other end of the spectrum, Reno officials sent out a notice late Wednesday saying they have authority to enforce the moratorium through fines of up to $1,000 a day, suspension or revocation of a business license, or a misdemeanor citation.

"The City of Reno is requesting and hoping that this current crisis can be addressed in collaboration with all our residents and business owners," officials said in a statement. "The City of Reno has no desire to take enforcement action on businesses."

Outside of licensed gambling entities — which under an order from the state’s Gaming Control Board were required to shut down all operations at midnight on Tuesday — all of Sisolak’s comments on business closures were prefaced by the word “should” and not a clear and direct mandate to close down.

Still, uncertainty exists. Washoe County Commission Chair Bob Lucey said prior to the release of the guidance that some “professional services” would be allowed to continue operating and that the governor’s order was directed as businesses where large numbers of people congregate, such as bars, nightclubs and restaurants. But he said that more specifics would need to come from the governor’s office.

“Until we have that distinctive understanding from his office, we can’t really answer that specifically,” he said.

Businesses mentioned by the governor as “non-essential” include restaurants, bars, pubs, wineries, breweries, coffee shops, gyms, shopping malls and salons, though restaurants will still be able to offer drive-through, curbside takeout and delivery services to their customers.

A tweet by Reno City Councilman Devon Reese, now deleted, implied that the governor’s comments were meant to exclude professional offices, including lawyers, doctors, accountants and REALTORS, as long as their desks were arranged to ensure maximum safety to workers.

Other industries have relayed messages internally after speaking with the governor’s office. The Nevada Chapter of the Associated General Contractors said in an internal email that many construction industry stakeholders participated in a call with the governor’s office on Tuesday and that they would be “considered an essential industry and will continue with business as usual.”

A variety of Las Vegas restaurants were advertising modified policies on Instagram. Businesses including Daniel’s Coffee and More said it switched to a takeout model, while vegan restaurant Vegenation said it had narrowed its scope from two restaurants to just a downtown location and then, only for takeout and delivery.

Graffiti Bao was offering a 30 percent discount for service industry professionals while 595 Craft and Kitchen offered 50 percent off for people who were furloughed or laid off. Metro Pizza advertised “no contact” service that included online ordering and payment by card, with pizzas delivered outside the door and drivers washing hands before and after delivery.

Marijuana dispensaries said they were taking Sisolak’s order to heart but noted that in other states, such businesses are being allowed to stay open. Those jurisdictions include New York, Pennsylvania, New Jersey, Illinois, Michigan, Maryland, Washington, Oregon and various localities in California and Colorado. San Francisco had closed dispensaries but reversed that decision.

"The Nevada Dispensary Association and its members are working with regulators to implement any and all directives from the Cannabis Compliance Board and Governor Sisolak. Public safety and maximizing social distancing is the utmost priority,” said Riana Durrett, executive director of the Nevada Dispensary Association. “Many jurisdictions in the United States are allowing dispensaries to remain open given their role in providing medicine.”

The Las Vegas Chamber saw an uptick in calls from business owners starting Monday, and that trend only intensified after the governor’s announcement Tuesday night, said Cara Clarke, the organization’s vice president for communications.

The business organization is awaiting more clarity from the governor’s office about its definition of an essential business. In other words, “What are the types of businesses, processes, things that we need to make sure that we can keep the essential services running?” she said during an interview Wednesday morning.

Still, Clarke said the Vegas Chamber thinks the governor made “quite clear” that businesses such as casinos, theaters, gyms and malls should not be open. She hopes other businesses pondering what to do carefully consider whether they would be helping or hurting the community by remaining open.

“What we’re trying to do is prevent large groups that don’t necessarily need to be doing that,” she said. “I think that’s the intention and the spirit of this.”