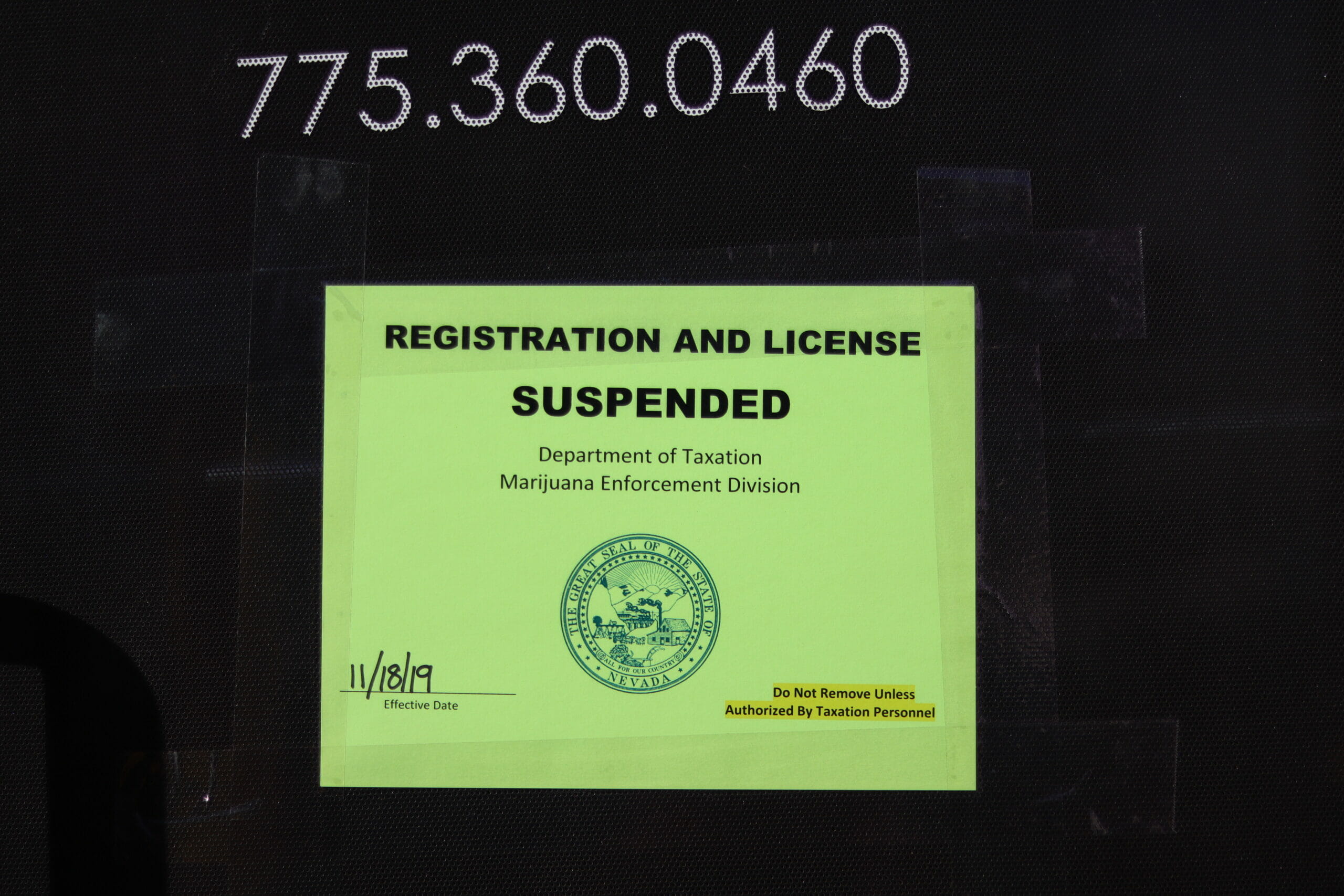 The Nevada Department of Taxation announced on Thursday that in addition to the financial penalty for the Category II violation, it had also suspended Certified Ag Labs for a 30-day period that started on Nov. 18. The agency previously declined to confirm whether the lab was suspended.

“This investigation comes as a result of the Department’s efforts to improve compliance in Nevada’s cannabis industry,” regulators said in a press release. “The Department is committed to the health and well-being of all Nevadans and will continue to take appropriate enforcement measures to ensure the cannabis industry remains safe and well regulated.”

The lab may resume other testing activities but is prevented from measuring levels of the psychoactive chemical THC — which indicates how powerful the product’s high might be —  until the lab submits a corrective action plan that is approved by the state’s Marijuana Enforcement Division.

Independent labs in Nevada test product samples from cultivation and production facilities for qualities such as potency, moisture content, whether there’s pesticide or herbicide residue, what terpenes are present and whether there is foreign matter in the sample. They have been touted as one of the key elements that differentiates legal marijuana products from those on the black market, keeps consumers safe and verifies product strength.

But critics say that because labs must attract their own customers to survive, there can be a temptation to overstate the potency of products or pass products that would otherwise fail to secure and retain business. Products with a higher THC score generally sell for more.

A data analysis published this month by consultant Jim MacRae flagged some irregularities that suggest certain labs are reporting increasingly high THC levels over time and gaining more market share, while others have reported more consistent levels over that period.