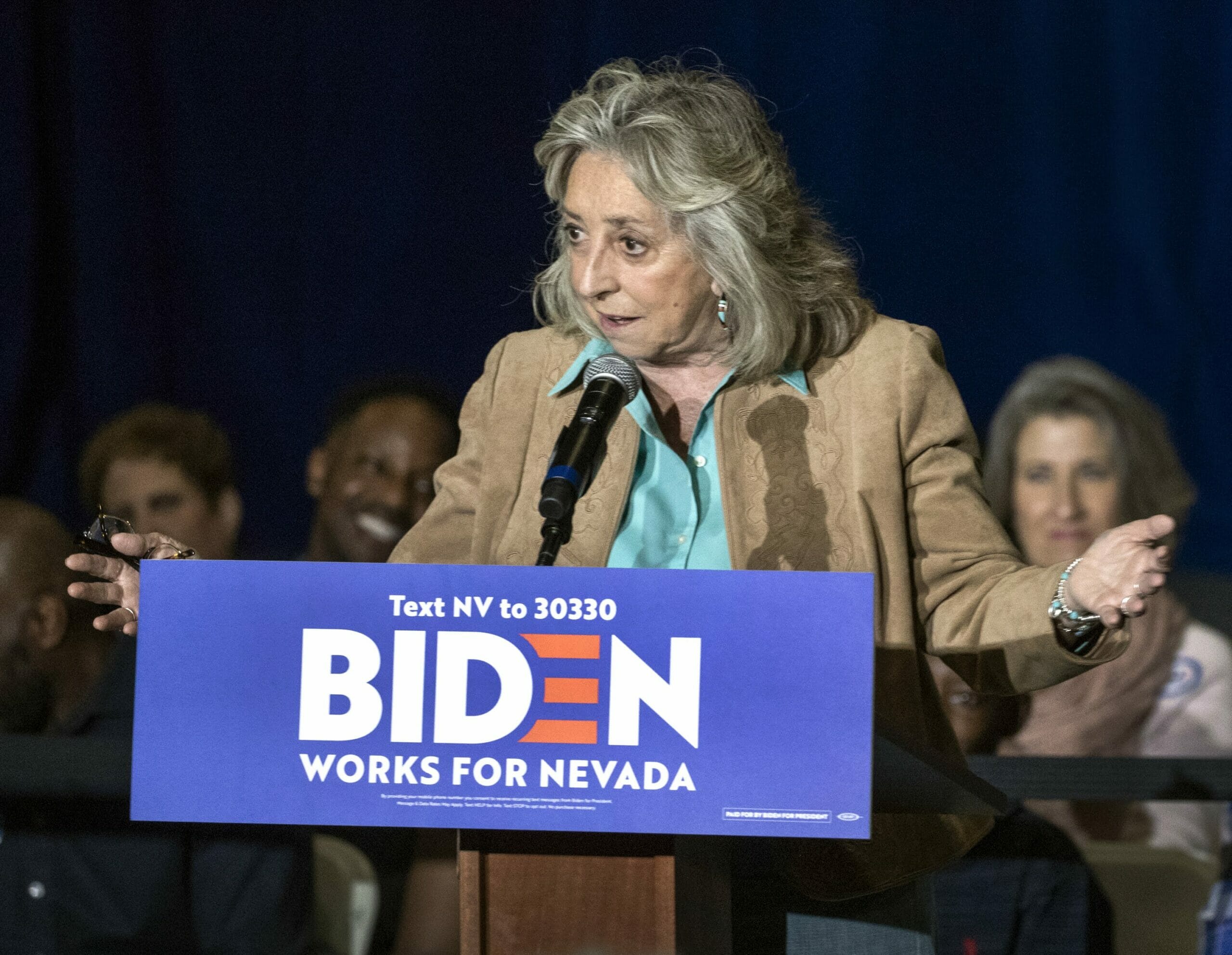 Rep. Dina Titus announced on Monday that she is backing former Vice President Joe Biden in his bid for the Democratic presidential nomination, the first major endorsement by a prominent elected official in Nevada in the race.

Titus, announcing her endorsement on CNN, called Biden “a steady hand to get us moving in the right direction.” She touted his record on gun violence and helping to pass the Affordable Care Act, saying that he can “get things done.”

“I’ve seen him up close. I’ve worked with him in Congress. I’ve known him for a long time. He's built a broad coalition here in my district,” Titus said. "I think he’s best qualified to be president of all the good Democratic candidates and the best position to beat Donald Trump.”

In a statement shortly after the announcement, Titus made a pitch to progressives who may be wary of the moderate campaign Biden has run.

“I am a proud progressive champion and I believe that nominating Joe Biden gives us the best chance to enact the progressive reforms that our country desperately needs,” Titus said.

Biden, on a call with reporters Monday afternoon, said that he has been friends with Titus for a "long time" and called her a "force to be reckoned with on the House floor."

"I can’t tell you how happy I am to have Representative Titus in my corner for the fight we have ahead of us," Biden said. "I'm grateful to have her on the team — her support, her wisdom, and her leadership — and I hope that she'd be prepared to not only just be on the team but be a major player in this effort for us not just in Nevada but beyond."

Titus is the first of the five Democrats in Nevada’s congressional delegation to endorse in the presidential race and also the most senior Nevada Democrat in Washington, D.C.

Rep. Steven Horsford is the only other member of the delegation who has said he will “probably” endorse ahead of Nevada’s Feb. 22 caucus. Sens. Catherine Cortez Masto and Jacky Rosen don’t plan to endorse before the caucus, and Rep. Susie Lee has said she will likely not endorse.

Controller Catherine Byrne is the only constitutional officer in Nevada to have endorsed in the race, announcing her support for Massachusetts Sen. Elizabeth Warren in May.

Titus, in an interview with The Nevada Independent last fall, had indicated that she would be inclined to support the former vice president if he got into the presidential race. But last month, she was mum about who she would be backing, saying only that she expected to endorse before Christmas and that she would be looking at candidates’ positions on nuclear waste, health care and public lands in making her decision.

The congresswoman has a longstanding relationship with the former vice president, who came out to campaign on her behalf ahead of a tough re-election bid in the previous district she represented, Nevada’s 3rd Congressional District, in 2010. She ultimately lost that race to Republican Joe Heck, but was later elected to the solidly blue 1st Congressional District in 2012.

Titus, introducing the former vice president at a recent town hall at an elementary school on the Historic Westside, called Biden a “public servant of the highest integrity.”

At the rally, she said President Donald Trump “has got to go” — arguing that he has divided the country, “spews” hatred and attempted to “bribe a foreign country” — and framed Biden as someone “who can help us make that happen.”