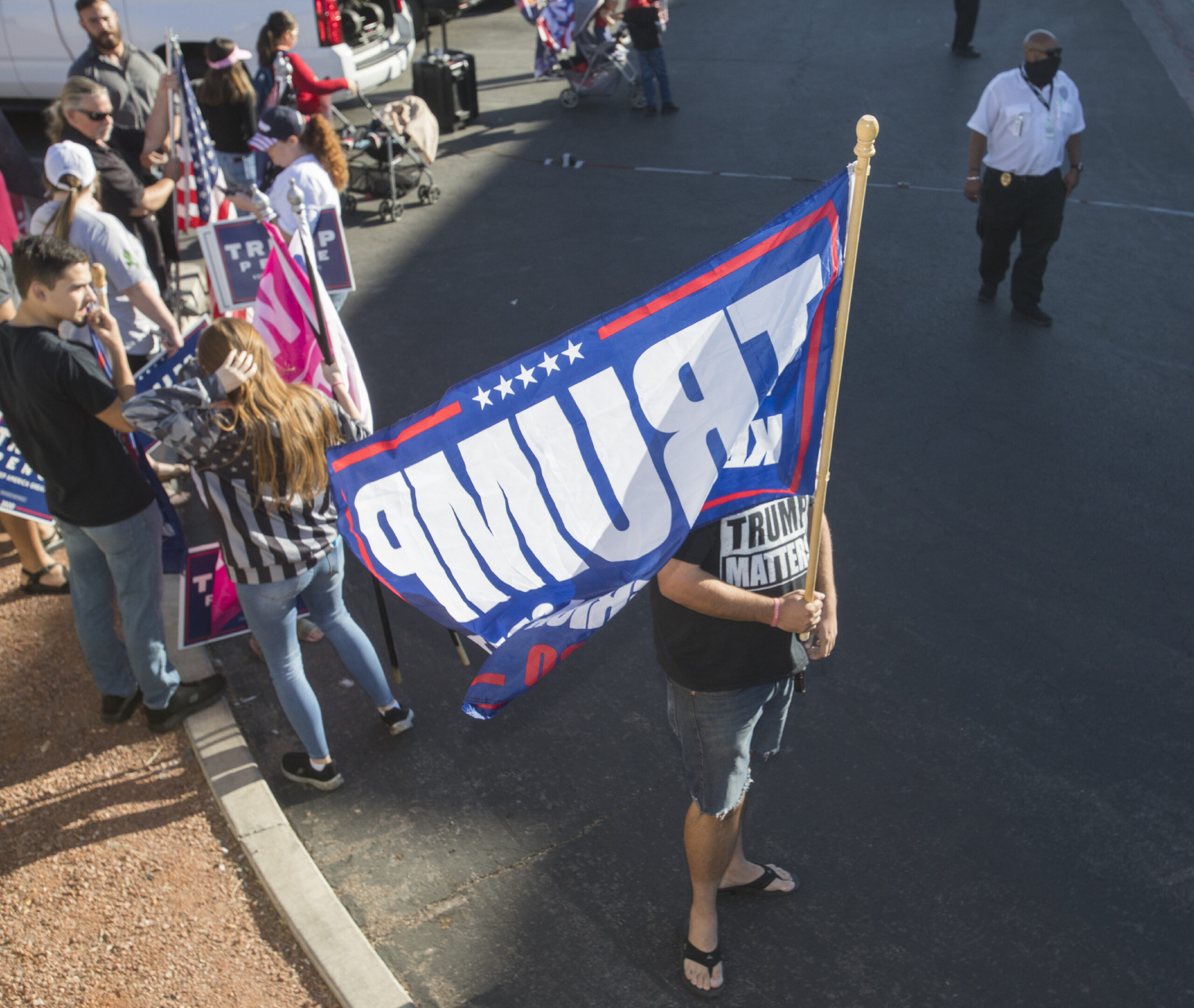 President Donald Trump’s campaign and the Nevada Republican Party say they’re ready to drop a lawsuit seeking an effective halt to mail ballot processing in Clark County as part of a stipulation that will allow for expanded observation access.

In a filing submitted Thursday afternoon, attorneys for the Trump campaign said they had reached a stipulation agreement yesterday evening with Secretary of State Barbara Cegavske and Clark County Registrar Joe Gloria to drop the lawsuit in exchange for “additional observation access” to the county’s ballot duplication efforts.

Ballot duplication refers to the process where a mail ballot received by election officials is in some way deficient, and a county employee “duplicates” the filled-out ballot onto a blank ballot to solve whatever deficiencies prevented it from being processed.

In return, attorneys for the president said they would drop the lawsuit, which initially called for an immediate halt to the county’s use of an automated signature verification machine. Clark County officials had said doing so would likely cause massive bottlenecks in the reporting of election results.

The stipulation does not relate to the litigation threatened this morning by the Trump campaign and state Republican Party over alleged instances of non-residents or deceased people casting ballots in the 2020 election. That lawsuit has not yet been filed as of Thursday afternoon, and is headed to federal court.

The Nevada Supreme Court previously rejected an emergency motion filed by the Trump campaign Tuesday to immediately halt use of the signature verification machine and make other adjustments to the county’s policies for poll observation — arguing that current policies did not allow for adequate transparency and oversight of mail ballot processing.

But the state Supreme Court rejected that order, saying the appeal failed to demonstrate a “sufficient likelihood of success to merit a stay or injunction” and that the Trump campaign did not identify any “mandatory statutory duty” or “manifest abuse of discretion” that would warrant judicial intervention at this point on Election Day.

In his order denying the request, Wilson wrote that the plaintiffs had failed to produce evidence of “any injury, direct or indirect, to themselves or any other person or organization” that would be necessary standing for an eleventh-hour judicial intervention in the election process.

In their filing for a stipulation, attorneys for the Trump campaign said they had sent the stipulation agreement and proposed order to the state Democratic Party — which they said acknowledged receipt but “despite multiple requests, have been unable to approve the two page stipulation and order which affords the public additional observation access during this election.” Nevada’s Democratic Party has filed to intervene in the case.

The attorneys said once all signatures are obtained, they’ll submit a voluntary motion to dismiss the case.