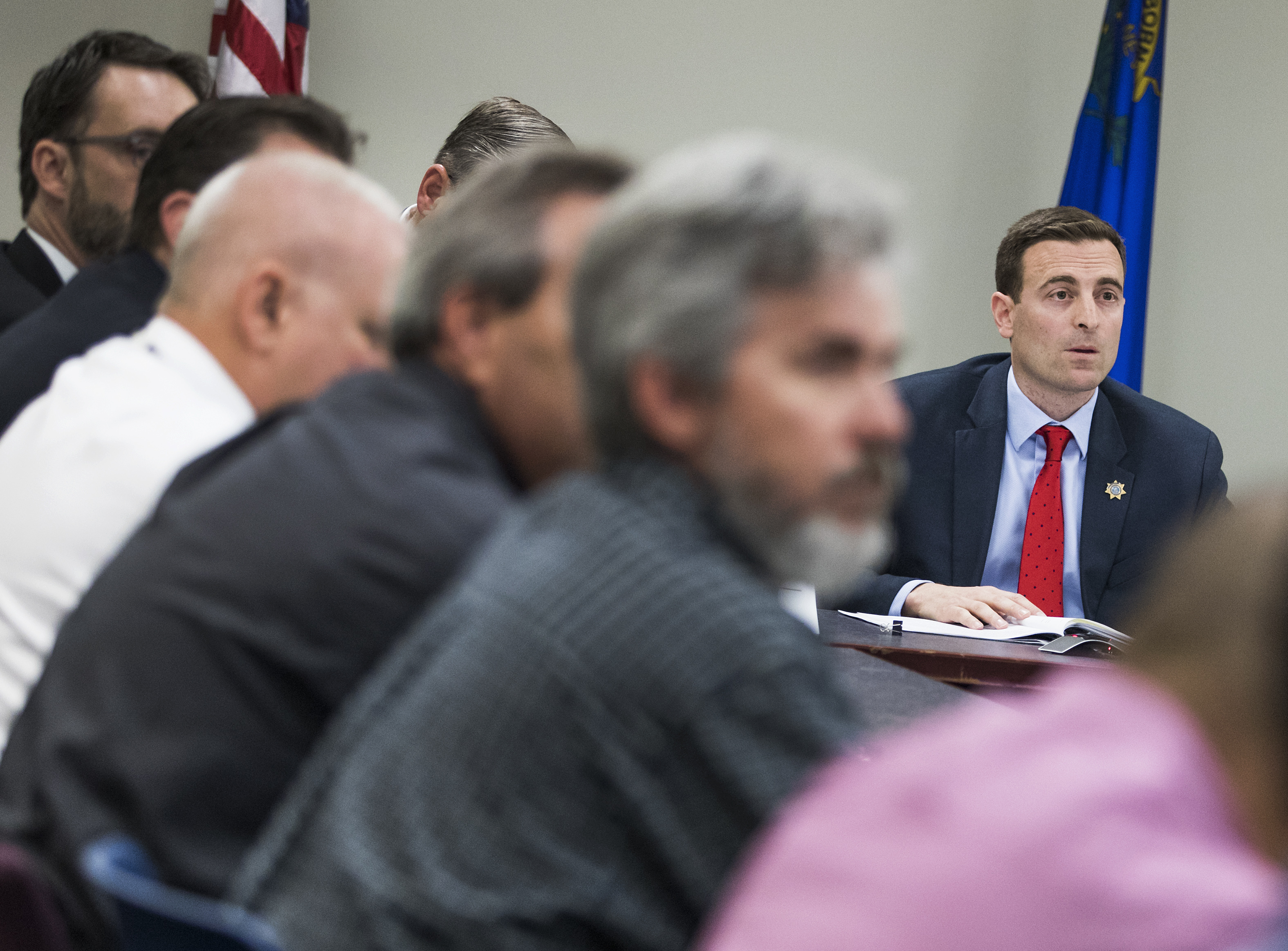 The American Federation of State, Council and Municipal Employees is going after Republican gubernatorial candidate Adam Laxalt for the way the attorney general’s office has handled a lawsuit over Nevada’s first-in-the-nation insulin pricing transparency law.

In a 30-second ad that began airing Wednesday, backed by a $562,000 buy, the union accuses Attorney General Laxalt of trying to “cut a deal with Big Pharma” in the industry’s lawsuit over the state’s insulin pricing transparency law after a pharmaceutical company threw Laxalt a fundraiser. Laxalt’s office has been representing the state in a lawsuit from the Pharmaceutical Researchers and Manufacturers of America, which has argued that the state’s transparency law is unconstitutional and also preempted by federal law.

The law, passed by lawmakers during the 2017 session and heavily opposed by the pharmaceutical industry, requires both manufacturers and the third-party entities known as pharmacy benefit managers, which act as the go-betweens for drug companies and insurers, to disclose pricing information and profits related to the sale of essential diabetes drugs. The Department of Health and Human Services is then required to take that data and aggregate it into an annual export explaining why the cost of diabetes drugs increased each year.

The final version of the bill passed 19-2 in the Senate, with only Republican Sens. Joe Hardy and Ben Kieckhefer in opposition, and on party lines in the Assembly.

The ad states that drug companies have inflated prices “up to 5,000 percent” but “Nevada lawmakers burst their bubble, passing a new law forcing drug companies to justify their prices.” It then goes on to accuse Laxalt of failing to do his job to defend the law in court.

“After a drug company threw a fundraiser, Laxalt tried to cut a deal with Big Pharma instead of standing up for us and drug prices continued to rise,” the ad says. “Adam Laxalt delivered for drug companies, not for us.”

The Culinary Health Fund, which provides health care to members of the Culinary Union and their families and backed the bill during the legislative session, has argued that the attorney general’s office and legislative lawyers could “potentially eviscerate” the transparency provisions of the law through the arguments they have made in court. In a court filing last fall, health fund lawyers said that the attorney general’s office “could not be relied upon” to defend the constitutionality of the law in court.

Disclosure: The Culinary Union has donated to The Nevada Independent. You can see a full list of donors here.