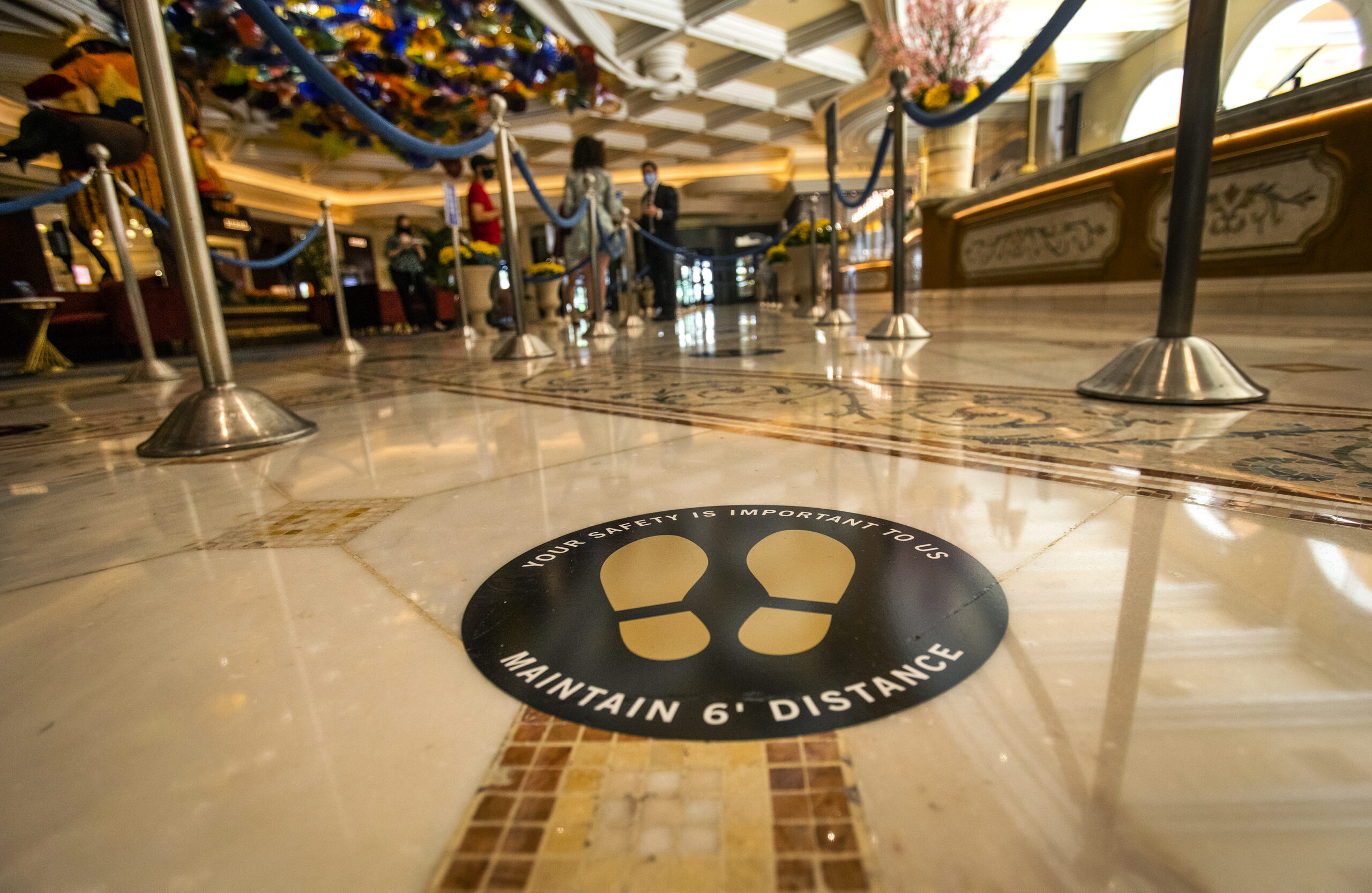 Washoe County’s plan to reopen businesses at 100 percent capacity is headed back to the drawing board after the latest iteration of the proposal failed to garner three required endorsements from its health district, school board and the City of Reno.

It is the only county to hit a significant, public speed bump during the COVID-19 Mitigation and Management Task Force’s two week process of reviewing county reopening plans before the state hands over pandemic health and safety decision-making authority to local governments on May 1. Clark County and six rural counties presented their plans to the task force on Thursday largely without issue, as did the remaining counties during two meetings last week.

All county reopening plans are required to have the approval of the county commission, the local health authority or county health officer, the county’s superintendent of schools, one of the state’s two hospital associations and the city managers of any large incorporated cities in the county before being presented to the task force for review. If that doesn’t happen, counties risk Gov. Steve Sisolak not delegating decision-making authority to them on May 1.

As of Thursday, all counties except Washoe had completed the planning process and secured the required endorsements in order to receive local authority on May 1.

On Tuesday, members of the Washoe County Commission voted to approve a reopening plan that had the full backing of the required local entities. However, they also voted to adjust that plan to account for a newly released directive from Sisolak allowing counties to set their own rules on social distancing.

That adjustment left the final version of the plan recommending but not requiring businesses to follow the federal social distancing guidelines, causing the Washoe County Health District, the City of Reno and the Washoe County School District to withdraw their support.

Without a plan that has the backing of those three local entities, Washoe County will be unable to open businesses beyond the current statewide 50 percent capacity limits on May 1. Washoe County District Health District Officer Kevin Dick wrote in a letter on Wednesday that the health district would be unable to support a plan that does not require social distancing until a larger percentage of the population is vaccinated.

“A key component of the endorsed plan that was discussed with the workgroup and agreed upon was the requirement to observe the CDC guidelines for social distancing through May 2021 before going to 100% capacity on June 1,” Dick wrote. “The Board of County Commissioners eliminated that requirement.”

The issue, in part, surfaced on Tuesday as the Washoe County Commission grappled with how the text of the new emergency directive they had received only minutes before would change their reopening plan. The directive put into writing Sisolak’s verbal promise that the state’s social distancing rules would be lifted on May 1 to allow counties to open to 100 percent capacity should they so choose.

However, because that directive did not mandate that counties require businesses to follow Centers for Disease Control and Prevention guidance on social distancing, county commissioners voted to amend the consensus plan to instead only recommend social distancing. Dave Solaro, assistant county manager, told commissioners that based on the new directive he believed that he could “gain consensus with our other partners for endorsements.”

“A modified approach to reopening, that includes a social distancing component, would provide for a transition period before the complete removal of guidelines, and better support our local residents and businesses in the long term,” Doug Thornley, Reno’s city manager, wrote in a letter on Wednesday.

Because its plan lacked the required endorsements, Washoe County was given two choices on Thursday by the COVID-19 Mitigation and Management Task Force: Keep the current plan but stay under the state’s 50 percent capacity limits until June 1 or continue to work with the other local entities to come up with a consensus plan so that it can transition to local control on May 1.

Although Washoe County Commission Chair Bob Lucey expressed frustration with the last-minute release of the governor’s directive, saying it had created “multiple levels of confusion from all sides” of the commission, he said that the county would go with the latter option. Washoe County will not have to return to the task force to present its plan at another meeting but rather can submit its endorsed plan to the task force in writing.

“We still remain committed to going back to the three entities that we did not receive approval from to work through their issues,” Lucey said.

“I just have to commend you all on an excellent plan and all of the hard work that went into this,” Cage said. “We know from our experiences here there are no easy decisions and you all certainly took these head on.”

The plan also newly allows night clubs, day clubs and strip clubs, which have been closed for more than a year under the state’s pandemic rules, to open at 80 percent capacity.

Casinos, however, will remain under the purview of the Gaming Control Board, which will continue to be responsible for setting rules for gaming establishments even after May 1. Other businesses operating within casinos will be subject to the county’s rules.

While Washoe County has proposed lifting social distancing requirements on June 1, Clark County has tied 100 percent reopening to its vaccination effort. Once 60 percent of eligible individuals have received their first shot of the COVID-19 vaccine, the county will reopen fully.

Six rural counties also presented their reopening plans to the task force on Thursday, with all of them proposing to reopen 100 percent on May 1. The counties, however, differ in how they plan to frame social distancing, which is recommended, and mask wearing, which is required, to their communities.

Churchill County, for instance, noted in its plan that "statewide directives for face coverings and social distancing safety protocols remain in place." Douglas County’s proposal doesn’t mandate social distancing but says businesses and events will be “encouraged to follow guidelines established by the Centers for Disease Control and Prevention.”

Nye County’s plan, meanwhile, leaves it up to local businesses to determine "which recommended social distancing and hygiene requirements will meet their needs, and those of the community” and is silent on the issue of mask wearing. County commissioners, though, have been anything but — voting last month to try to essentially do away with the state’s mask mandate, which they don't have the authority to do.

Nye County officials, however, acknowledged on Thursday that the statewide mask mandate will remain in place even after the transition to local control happens on May 1.

“We have commissioners who feel strongly about the mask mandate, as I’m sure many other counties do,” Nye County Manager Timothy Sutton said. “But I think people understand the state’s position and the governor’s position that the mask mandate remains in effect.”

State officials also continued to caution counties on Thursday that reopening 100 percent on May 1 will likely lead to a spike in COVID-19 cases.

“As we see these plans come forward with essentially no restrictions, essentially opening things to 100 percent, the expectation is that we will see a significant increase in disease transmission,” Kyra Morgan, the state’s biostatistician, said.

Rural officials have acknowledged that reality, but said they are ready for the spike in cases when it comes.

“We fully expect to see this increase in numbers. We know we’re going to see it,” Eureka County Commission Chair J.J. Goicoechea said.

One-hundred percent reopening, though, may still be easier said than done across the state. Humboldt County Manager Dave Mendiola said that some local businesses have indicated that they won’t immediately be able to fully reopen because they can’t find enough staff to hire to do so.

“Even if they wanted to, none of them can really open 100 percent because right now we're having the same issue that we're experiencing all over the country and that is getting people to come back to work,” Mendiola said. “That's going to be a challenge for them.”