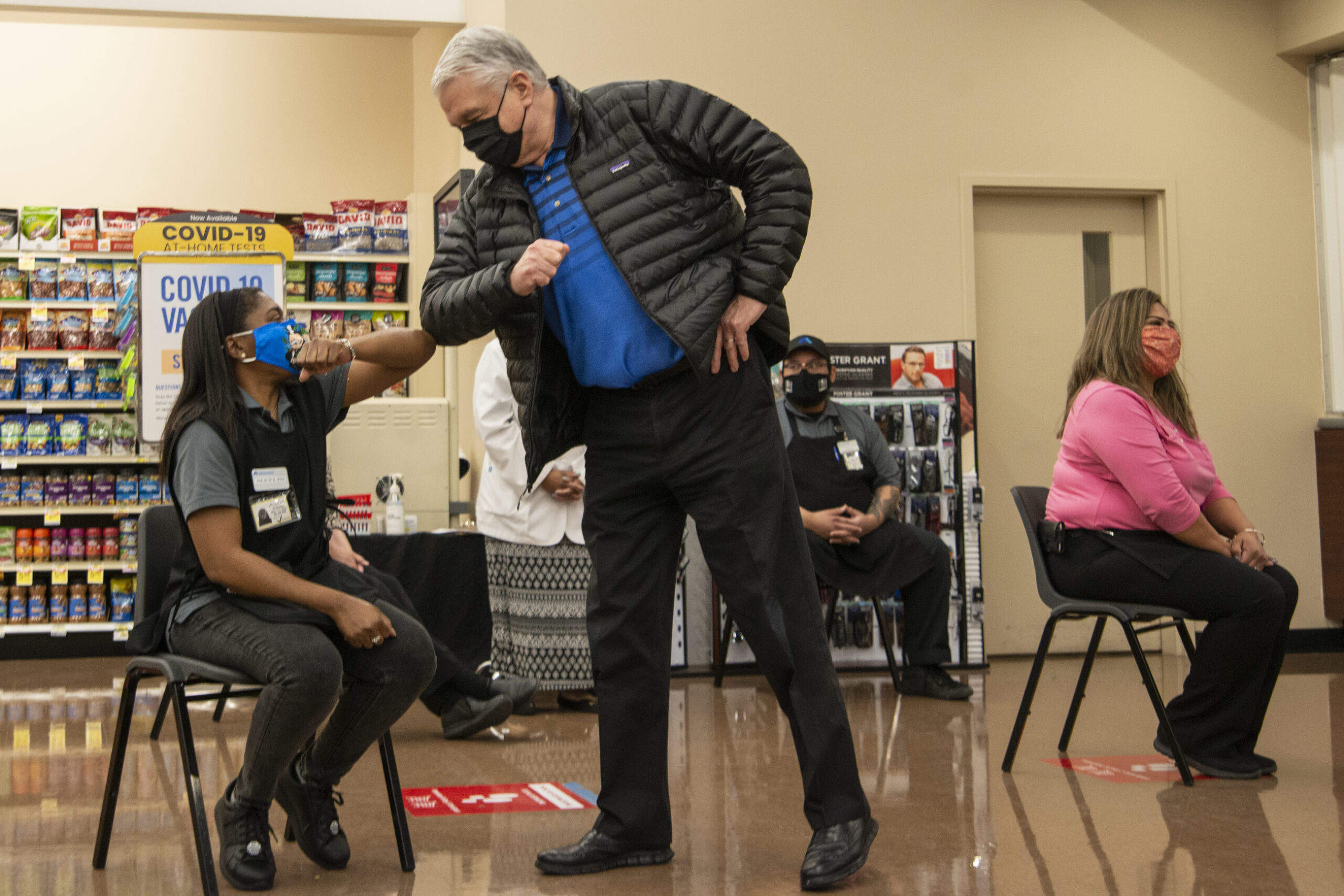 Gov. Steve Sisolak is lifting a statewide social distancing requirement on May 1 that he says will enable every county in Nevada to reopen to 100 percent by the beginning of June.

Final decisions about whether to go to 100 percent will, however, remain in the hands of counties as the state prepares to hand the pandemic health and safety decision-making baton to the counties by May 1, as previously planned. Sisolak denied that the announcement — which comes just one day before counties start presenting their reopening plans to a state task force — was essentially designed to steal the counties’ thunder.

Though Sisolak framed full reopening as a goal the state is challenging local jurisdictions to meet, multiple counties have signaled their intent in recent weeks to reopen businesses to 100 percent capacity as soon as possible after the state hands over decision-making authority.

Sisolak, during a press conference on Tuesday, said the announcement was not a matter of who gets “credit” for reopening.

“I’m not interested in who gets credit,” Sisolak said. “We have made the best decisions possible and I’m excited to be in the position that we’re at today. I really am. It’s the first really good news I’ve been able to deliver in a long time, and I’m hopeful that our residents take it that way and we can all move forward stronger.”

He has also come under fire, at times, from local government leaders who have voiced frustrations with the state after repeatedly being left out of decision-making conversations and finding out about new policies at the last minute.

Many local leaders were hopeful after Sisolak announced in February that he was transferring decision-making authority to the counties by May 1, though his Tuesday announcement may now preempt counties’ plans to reopen to 100 percent.

Sisolak sounded a note of optimism about the position the state finds itself in, despite the fact that some public health experts have warned that the increases that many states, including Nevada, and other countries are seeing is the beginning of a possible fourth wave, particularly as variants of the virus continue to spread.

The governor cited the growing number of vaccinated Nevadans, better levels of care in hospitals and still-low case numbers in his announcement that the state will be ready to open fully by June 1. Sisolak, however, demurred when asked whether the state would step in or what will happen if cases grow beyond the “very slight increases” he said the state is currently seeing.

“I will continue as we move forward to listen to our Medical Advisory Team,” Sisolak said. “I cannot make a commitment on what’s going to happen, two weeks or four weeks or eight weeks down the line, and I don’t have a specific trigger number, whether it’s hospitalizations or test positivities.”

Over the course of the last year, the state has often set metrics — in the form of cases, hospitalizations and test positivity rates — to determine how open or closed businesses ought to be.

Sisolak stressed that he believes a combination of mask wearing, which will be mandatory in public for the foreseeable future, and increasing levels of vaccination will enable the state to meet the June 1 goal.

Sisolak also announced on Tuesday that, as counties take over control of setting local COVID-19 health and safety measures on May 1, so, too, will county school districts and charter school boards assume responsibility for schools' mitigation efforts, including social distancing standards.

County school districts and charter school boards have been working with State Superintendent Jhone Ebert, the Nevada Department of Education and the State and the State Public Charter Authority to receive PPE, set up testing, conduct contact tracing programs, and prioritize vaccines for educators, Sisolak said, adding that the varying types of schools within the state necessitate different approaches to ensure safe learning and working environments.

"That doesn't mean mitigation measures such as social distancing will go away – it means each district or charter sponsor has the opportunity to review and make decisions best for their schools," Sisolak said.