Wastewater surveys could be ‘canary in a coal mine,’ aid in early detection of increased spread of COVID-19 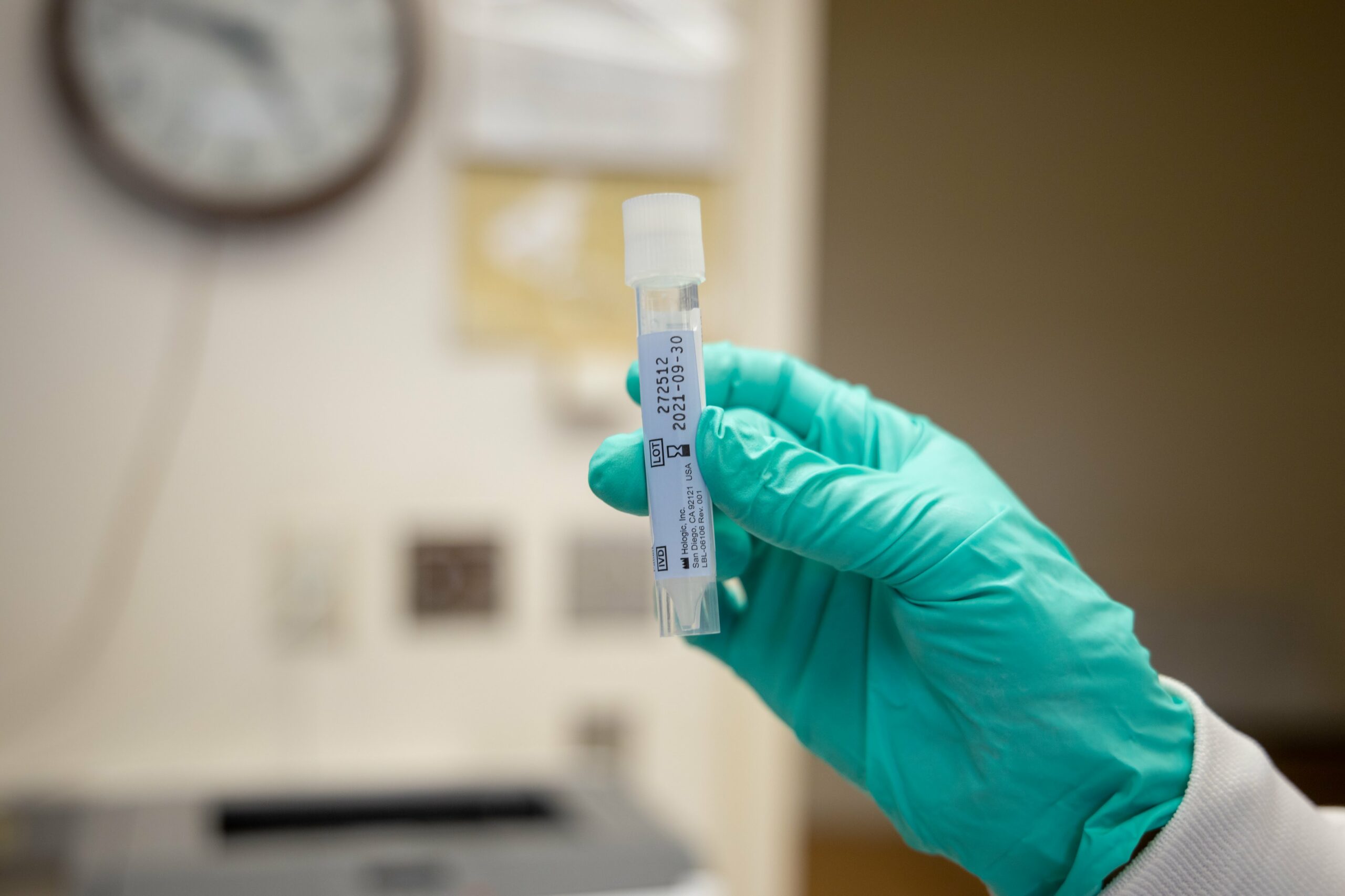 For starters, it requires an individual to seek out tests of their own volition, perhaps because they are experiencing the flu-like symptoms associated with COVID-19 or have come into close contact with someone who has tested positive for the virus. It’s then on the testing infrastructure — private companies and public health labs — to process those samples and turn around results as quickly as possible to report to patients and local health authorities.

It’s a process that can be fraught with human error and prone to delays at multiple points in the process. But it’s not the only way to monitor COVID-19 in the community.

Municipalities across the state, from Las Vegas to Elko, have been for the last few months sampling and testing wastewater in an effort to better understand the prevalence of COVID-19 in their communities. Where clinical testing may miss asymptomatic individuals who never seek out testing, wastewater surveys offer a broad picture of all the individuals in a community who are actively shedding the virus.

“It’s a useful and proven indicator of measuring what is happening in the wastewater,” said Krishna Pagilla, an environmental engineering professor at the University of Nevada, Reno and director of the Nevada Water Innovation Institute. “Our clinical testing is not enough, for sure. That is undisputed. As a scientist I believe that, and there’s enough data to prove that and the second thing is asymptomatic individuals do not get tested. So they will not be tested regardless.”

Plus, wastewater surveys can serve as a leading indicator of how the spread of COVID-19 is changing within a community, as there can be delays between the point at which someone falls ill with the virus, when they seek out testing, and when that data is reported back to public health officials. And, it's far less invasive.

Wastewater-based epidemiology, a kind of science most often used to detect, for instance, polio outbreaks in Asia and Africa, is finding a new application in the time of COVID-19.

The way it works is fairly simple: Local jurisdictions collect samples, usually weekly, from wastewater treatment plants. Those samples are then analyzed in-house, at a university lab or sent off to a facility out of state to be tested for COVID-19. Specifically, the labs are looking for how many copies of the virus’s genetic material, known as viral RNA, are in each sample.

Some scientists have tried to use that information to project how many active cases of COVID-19 there are in a community. For instance, the Massachusetts-based Biobot Analytics provides the city of Elko, with whom it has contracted to analyze its wastewater, with not only the number of viral copies in each sample but an estimate of active cases in the community.

Elko’s most recent sample, from August 10, had 563,053 copies of the virus in it, which Biobot projected was equivalent to about 7,400 cases in the community. (That calculation is the result of a proprietary model that Dale Johnson, the city of Elko’s utilities director, says Biobot has not shared with them.) By contrast, Elko reported 80 active confirmed COVID-19 cases on the same date and has only had 659 confirmed cases total.

For instance, one survey out of the University of Oxford, which looked at 26 different articles that sampled 824 patients, found that people continued to shed viral RNA from 1 to 33 days after testing negative for the virus through a nose swab.

That makes it difficult, at least for now, to look at the numbers of viral RNA in a sample and extrapolate a case number from it.

“Basically it’s an equation, and in this equation there are certain assumptions you put in — without getting too detailed — how much feces does somebody produce on an average day, how much is that person shedding, how much wastewater is being generated in that sewer shed. It’ll give you a number,” said Dan Gerrity, principal research scientist at the Southern Nevada Water Authority. “The question is how reliable is that number? Right now, I wouldn’t put much confidence in a specific number.”

However, what it can give you, Gerrity said, is an order of magnitude. Essentially, the wastewater survey might not be able to tell you how many cases there are in the community, but it can tell you whether the virus is present and whether its prevalence is going up or down.

The Southern Nevada Water Authority, for instance, started collecting wastewater samples in early March. The first sample, from March 9, revealed that COVID-19 was present in the wastewater, just four days after the first confirmed case was reported in Southern Nevada.

In April and May, when the lockdown was in place, the Southern Nevada samples were relatively consistently detecting the presence of COVID-19 in wastewater.

But toward the end of the stay-at-home order, most of the Southern Nevada wastewater samples were coming up as “non-detects,” meaning that no viral RNA was able to be detected in the samples.

“The question became, are we getting more cases just because there are more testing? But what the wastewater was showing us is something was changing, which means that more people were being infected,” Gerrity said.

Gerrity said that this kind of “trend analysis” is the most useful application of wastewater surveys right now. For instance, Southern Nevada wastewater samples showed decreasing levels of viral RNA before the publicly-reported number of confirmed COVID-19 cases started to drop, Gerrity said.

“The last two weeks of data, it’s actually gone down in both of those facilities,” Gerrity said. “Now that we’re seeing the case data over the last few days, it kind of matches up.”

The same thing has been happening in Northern Nevada, under the leadership of Pagilla. Pagilla asked the local wastewater facilities in April to start collecting samples weekly and store them in a freezer, but he wasn’t able to start developing a method to analyze them until his lab was allowed to reopen in May.

So far, the samples Pagilla has been able to analyze — starting with those in early June — have shown a fairly steady level of viral signatures, meaning that cases aren’t going significantly up or significantly down. The data offers an interesting foil to the COVID-19 case data, which showed the number of new reported cases each day increasing significantly from early June to mid-July.

Pagilla said that he doesn’t want to “stretch” the data, but that the data suggest to him that perhaps the level of testing in early June wasn’t sufficient to detect the true numbers of coronavirus cases in the community.

“We might be undercounting the June cases,” Pagilla said.

The biggest barrier to wastewater surveys is funding. Pagilla currently has the ability to analyze only a handful of samples each week, but he’d like to be collecting and analyzing more in the ballpark of 50 samples a day, ideally taken from a number of different collection points including not only wastewater treatment facilities but also sampled directly from different points in the sewage network itself. That kind of testing could even be done at a block-by-block level, or could be used to target certain hot spots.

So far, the city of Sparks has pledged $1.8 million toward Pagilla’s project in federal CARES Act funding.

“It’s a little bit like a canary in a coal mine,” said John Martini, assistant city manager for the city of Sparks. “The research can start telling health care officials, ‘We’re seeing it go up. Get ready.’”

Pagilla has also applied for funding from the National Science Foundation and the National Institutes of Health. But he worries that by the time any federal funding comes through, it could be too late for the research to be of any use to the local community — though he admits it would be a good problem to have.

“Hopefully we don’t need the information and the problem can be going away, but I don’t see how,” Pagilla said. “It’s really a field that we never thought we would need to use here, because these epidemics and pandemics happen somewhere else, and that’s why we are not prepared for it even though we had these capabilities.”

In Southern Nevada, the wastewater survey has mostly been approached from a research perspective, rather than something that could be used as an early detection system by public health agencies. However, SNWA has collaborated with a consulting firm to submit a research proposal to the Centers for Disease Control and Prevention and is looking to see whether additional local funding dollars might be available.

“We’re going to keep working with those agencies to see if there’s a desire to expand to other treatment facilities for example and see where it goes from there,” Gerrity said.

In Elko, the city’s contract with Biobot extends through the end of the year.

“Initially, I thought we were doing pretty good and then our numbers started increasing. I was hoping that we would at least stay flat or not increase but our results show that we are increasing through the wastewater,” Johnson said. “But I really hope our numbers start dropping.”