Indy in the Media

NPR's Stacey Vanek Smith talks with Michelle Rindels of The Nevada Independent about the Nevada legislature passing a bill to expand mail-in voting during times of emergency.

Jon Ralston, editor of The Nevada Independent, was interviewed about the state of the 2020 presidential race and the issues motivating voters in Nevada. 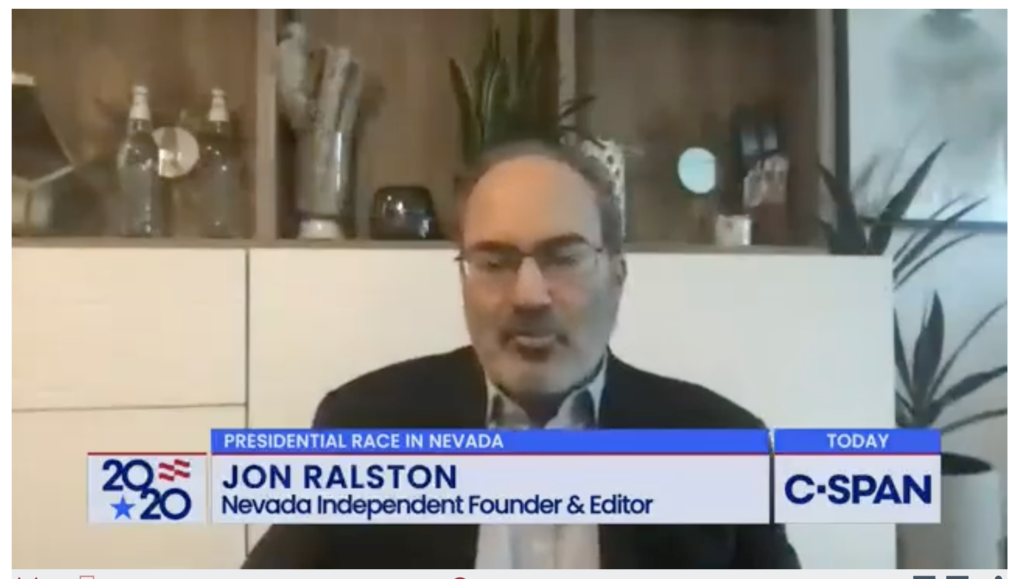 Politico linked to The Nevada Independent regarding possible tax hikes during the 31st Special Session.

FoxNews linked to report by The Nevada Independent regarding the Democratic Party-aligned groups temporarily dropping a lawsuit regarding a planned all-mail primary election in June.

KTNV Las Vegas linked to report by The Nevada Independent regarding the first case of Corona Virus (COVID-19) in Nevada.

Editor Jon Ralston was interviewed by CNN Editor-at-large, Chris Cillizza regarding all things Nevada ahead of the February 22nd caucus.

Editor Jon Ralston appeared on "The 11th Hour with Brian Williams" to discuss The Indy's poll results for the 2020 presidential race.

NV Indy Editor Jon Ralston was quoted in this Medium story on nonprofit news sites noting our "in-depth public policy coverage as well as campaign and political reporting" and saying we have the "gold-standard in transparency: every single donor, from $5 individual donations to major corporate bequeaths, is disclosed."

Editor and founder of The Nevada Independent Jon Ralston says to Washington Post Live he founded the nonprofit news and opinion website to help fill a gap he saw in his community.

“The future is in good hands”: Journalists, including The Nevada Independent Editor and Founder Jon Ralston, share their hopes for the future of the industry on Washington Post Live.

Roll Call credited The Indy for being first to report on former Rep. Ruben Kihuen's interview on a Spanish radio show.

The Hill referenced our coverage of President Donald Trump talking about former Sen. Dean Heller's lukewarm support for him.

Politico mentioned The Nevada Independent’s Humberto Sanchez on his report that Heller wants to be the next Interior secretary, and many of his current colleagues support him.

INN recognized The Nevada Independent's Jackie Valley for her five-part series about a struggling Las Vegas school in The Best of Nonprofit News 2018.

Roll Call credited The Indy for being first to report on Catherine Cortez Masto becoming the first Latina to lead DSCC.

Nieman Reports gave credit to The Indy on how we cover politics in Nevada.

Haaretz mentioned The Indy in their story on the Nevada Senate race polls.

FactCheck.org credited The Nevada Independent in their fact check on Vying for Veterans’ Votes in Nevada.

Many news outlets credited The Indy's reporting on Heller's remarks ("We got a little hiccup here with the Kavanaugh nomination, we’ll get through this and we’ll get off to the races.”) during a conference call in advance of Trump’s planned visit to the state Thursday.

The Los Angeles Times credited The Indy for reporting on brothel owner and GOP Nevada Assembly nominee Dennis Hof being under investigation on rape allegations first.

CNBC noted a copy of the complaint by a privately held U.S.-based drugmaker was posted online by The Nevada Independent.

NBC News linked to The Indy's primer on today’s races.

Los Angeles Times quoted The Indy on our story about Harry Reid being treated for pancreatic cancer.

The Washington Post quoted The Indy on our story about Amodei defending his office's response to a 'vulgar' phone call from a student.

NBC News linked to The Nevada Independent's story on Tarkanian's move to switch races after being urged to do so by Trump.

National Journal credited The Indy on our story announcing Ryan Bundy's plan to run for governor. 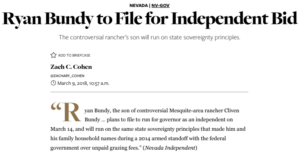 Poynter highlights our Honest Abe scale and credits The Nevada Independent's Riley Snyder as being "the only dedicated political fact-checker in Nevada."

Major Garrett gives a shout-out to The Indy during testimony before....A House of Commons field hearing! It comes about 20:44:00. And note the question from the member afterward to reaffirm our name.

Indy Editor Jon Ralston is quoted in The New York Times on Steve Wynn after being accused of decades of sexual misconduct.

Fox News linked to the Indy's story on the second woman that accused Kihuen of persistent, unwanted sexual advances.

The Hill mentioned Indy Editor Jon Ralston's Tweet about Kihuen's timeline to answer questions about the first evidence of his predatory behavior as a member of Congress. 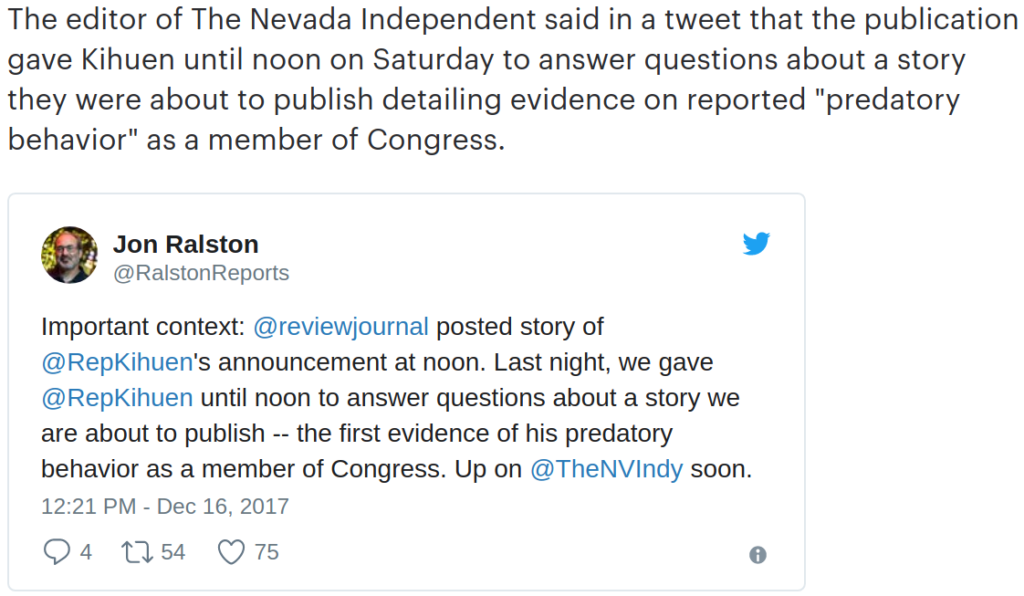 CNN politics linked to The Indy's story on the second woman that accused Kihuen of persistent, unwanted sexual advances.

BuzzFeed News linked to The Indy's story on the second woman that accused Kihuen of persistent, unwanted sexual advances.

National Journal linked to The Nevada Independent's exclusive, via Megan Messerly, on a woman who says Rep. Ruben Kihuen harassed her for years with texts and unwanted touching.

The Indy's fact checking system was recognized by Duke Reporters' Lab and added to their map. 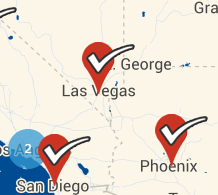 The Nevada Independent is mentioned in The Washington Post on an update from Sandoval on whether the state can share background check duty.

CJR praised The Nevada Independent and our freelancer Daniel Rothberg on the "clutch of original articles" on the Las Vegas mass shooting.

Jalopnik quoted The Nevada Independent on the report that Nevada is done with Faraday Future. (9/21/2017)

The Washington Post credits The Nevada Independent with a remark Sen. Dean Heller made to a Hispanic group in Las Vegas. (8/24/2017)

Slate quoted The Indy's article on the big money that will be spent to defend Sen. Dean Heller after his vote for the "skinny" Obamacare repeal. (8/4/2017)

NPR cited The Indy's story on the Hansens making a joint announcement on plans to run for office. (8/3/2017) 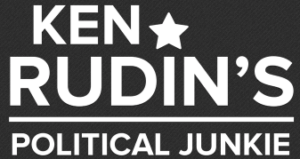 Jon Ralston, editor of The Nevada Independent, sizes up what may be the most vulnerable Republican senator up in 2018 on Ken Rudin's Political Junkie. (6/29/2017) 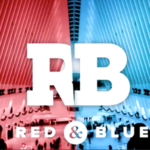 Nevada Independent editor Jon Ralston joined CBS News "Red & Blue" to break down Heller's role in this health care fight -- and whether it will affect his chances of re-election in 2018. (6/28/2017)

National Journal linked to The Nevada Independent's story on the DSCC going up with Google ads asking people to not “be fooled” by Heller’s news conference on the health care bill with Gov. Brian Sandoval.

Daily Kos picked it up when Indy editor Jon Ralston reported that Tark might jump into Nevada's U.S. Senate race. (6/27/2017)

Slate interviewed Indy editor Jon Ralston re: Harry Reid’s departure from the political scene, what big GOP donors including Sheldon Adelson stand to gain from Obamacare repeal, and why Sen. Heller may yet prove to be a thorn in Sen. McConnell's side. (6/26/2017) 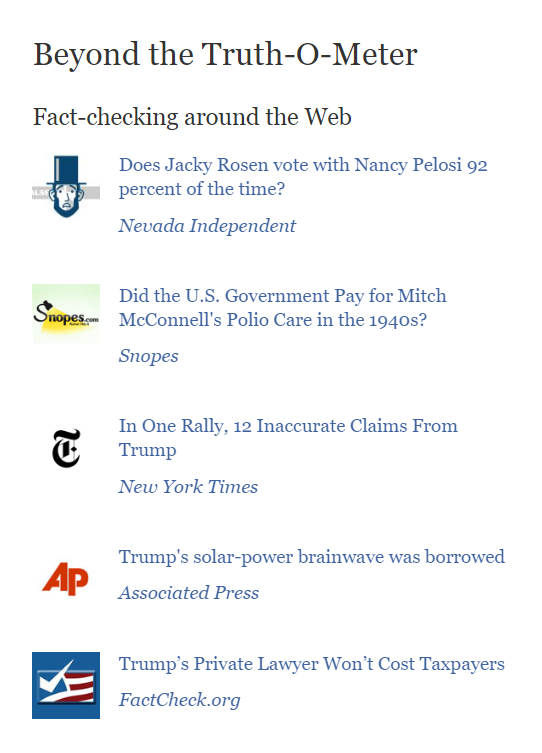 Politifact includes The Indy's Fact Check feature and Honest Abe ratings scale in its curated list of fact checks around the web. (6/25/2017)

The Nevada Independent Editor, Jon Ralston, is quoted in The New York Times on a bold comment: Sen. Dean Heller does not like his job. (6/24/2017) 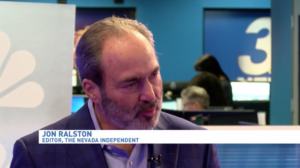 CBS Sports picked up on a tweet by reporter Jackie Valley re: a stunning demand by the Raiders. A few days later, Sheldon Adelson pulled out of the stadium deal, taking his $650 million with him. Here's CBS's clip of Jackie's Tweet: 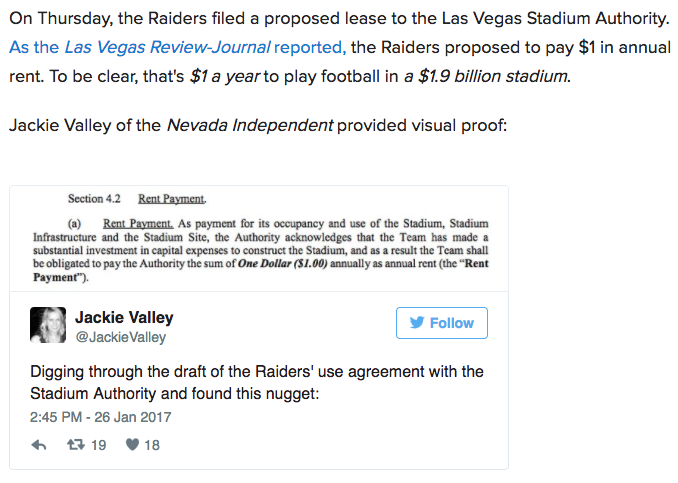 The Indy was all over Adelson's withdrawal from the deal and editor Jon Ralston got the inside scoop on the unraveling.

Current.org, an editorially independent, nonprofit service of the American University School of Communication, did a write-up on our commitment to be bilingual news site. (1/18/2017)

The New York Times gave a nod to the launch of The Nevada Independent on the eve of its inception. (1/16/2017) 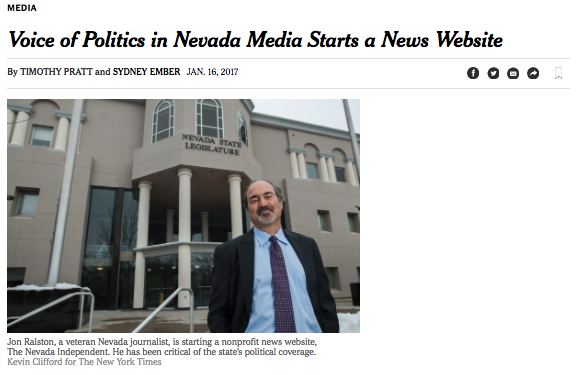 Desert Companion expanded on its initial blog post about The Nevada Independent. (1/1/2017) 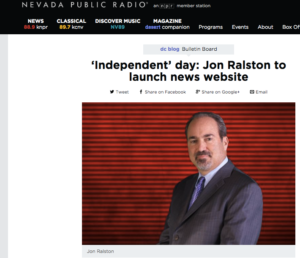 Neiman Journalism Lab talked with founder and editor Jon Ralston about the site, Nevada demographics, and the challenges of modern-day polling. (11/15/2016)