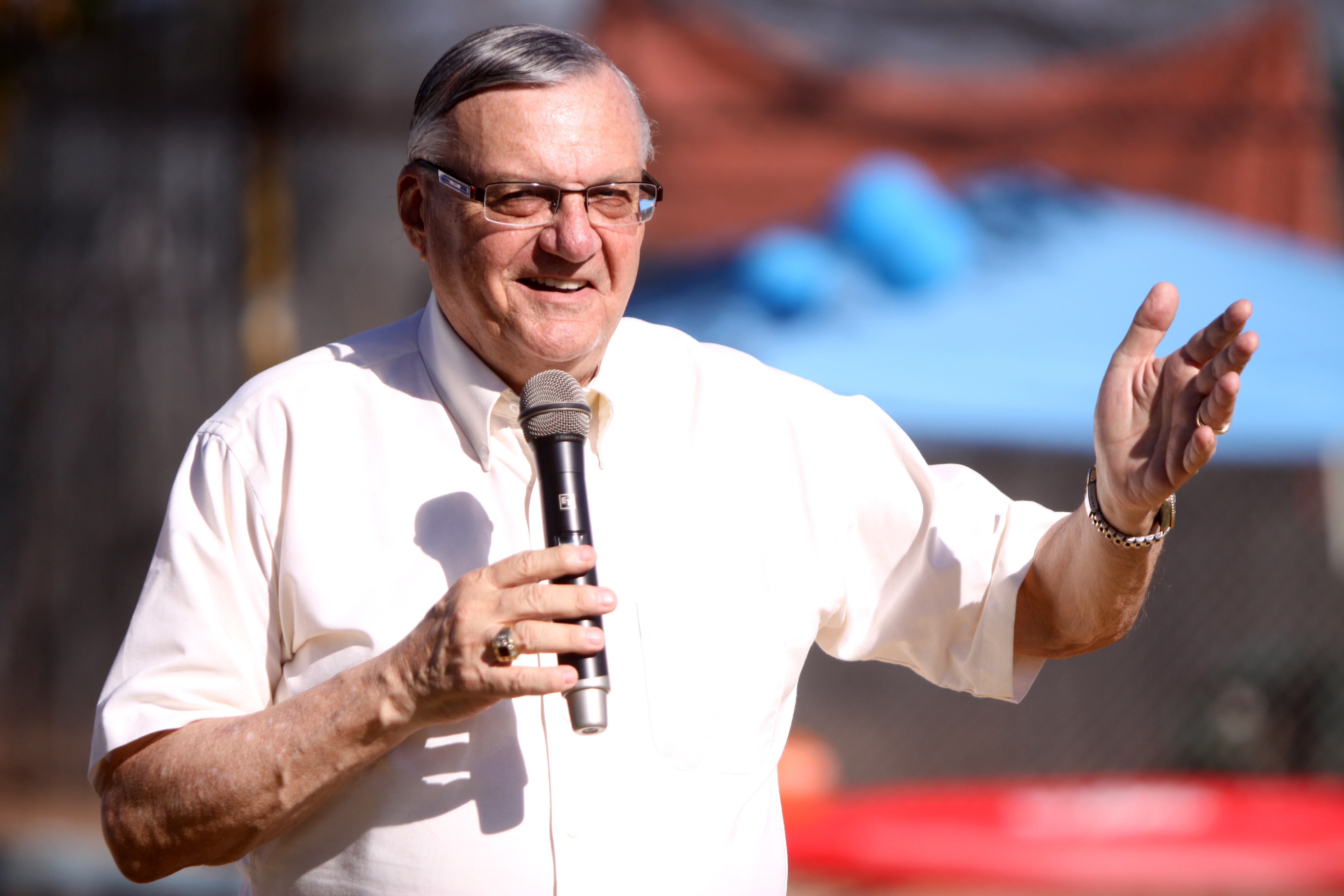 Heller, Duncan and Laxalt had all posted photos on social media from other gatherings in Northern Nevada over the weekend that were part of the Lincoln Day circuit, an annual series of Republican group events that are a staple on the campaign trail. Heller,  Duncan and Laxalt tweeted about attending Friday’s Washoe County GOP dinner that featured conservative author and filmmaker Dinesh D’Souza, who pleaded guilty in 2014 to a felony for making illegal campaign contributions.

Wheeler said Heller, Laxalt and Duncan couldn’t attend because of logistical or family reasons. Duncan told The Nevada Independent he was in California with an ill family member. Heller and Laxalt did not return requests for comment before or after the event.

Rep. Mark Amodei, however, did attend and spoke briefly at the Minden event. Amy Tarkanian, wife of Heller’s primary opponent Danny Tarkanian, posted a live video from the passenger seat of her vehicle as it pulled up to the event and protesters waved back.

Wheeler, who represents the Minden area and is the leader of the Assembly Republican Caucus, said more than 300 people attended the sold-out Lincoln Reagan Dinner and Fundraiser on Sunday at the Carson Valley Inn. The Douglas County Republican Central Committee hosted the event. Tickets ranged from $75 to $95 per person, depending on how far in advance they were purchased.

“I think the Republican Party is extremely energized right now,” Wheeler said, referring to the robust turnout. “I think we’re actually starting to see things change like the tax bill, for instance.”

Arpaio is the controversial former sheriff of Maricopa County who took a “tough on crime” crusade that involved unconventional tactics such as forcing inmates to wear pink underwear and live in tents. He also brandished a reputation as one of the toughest law enforcers when it came to illegal immigration.

The longtime sheriff was convicted of criminal contempt in July for defying a federal judge’s order to stop detaining people whom he merely suspected of being in the country illegally. Trump pardoned him the next month. Arpaio announced in January that he intended to run for Senate in Arizona.

Wheeler didn’t know how much money was raised during the dinner, but based on attendance, he expects a large number.

“You couldn’t even walk through that room last night,” he said. “I’m surprised the fire marshal didn’t close us down.”