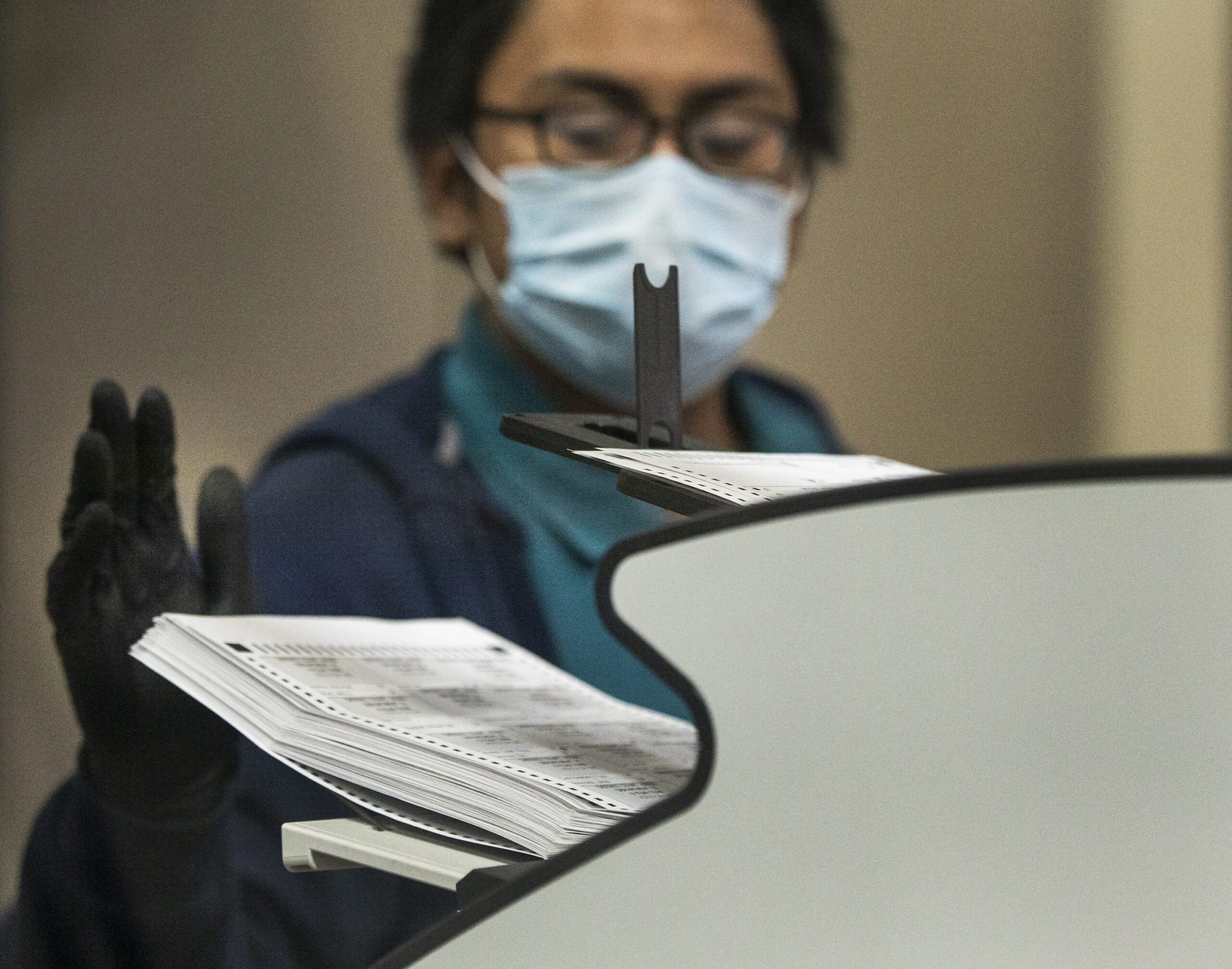 The Clark County Commission voted unanimously Tuesday to certify the results of the general election for the District C race, affirming Democrat Ross Miller as the race’s winner with a 10-vote margin of victory in a district where more than 150,000 ballots were cast.

The board chose not to certify the results in the race in mid-November when the rest of the election was certified because of 139 ballot discrepancies that outnumbered Miller’s lead over Republican opponent Stavros Anthony. Tuesday’s decision comes after a Clark County District Court judge denied Anthony’s motion to prevent the reconsideration, saying that the discrepancies did not qualify as “cause” for a new election according to Nevada statutes.

“As far as we know, the facts aren’t going to change that [Voter Registrar Joe Gloria] presented on the 16th, and the votes that were counted are accurate,” said Commissioner Larry Brown, who holds the District C seat and reached his term limit this year. “If we don’t meet the statutory requirement as far as ordering a new election, then our only option is going to be to certify and let the courts handle any kind of contested election.”

The motion to reconsider was made by Commissioner Tick Segerblom who was opposed to the board’s decision not to certify in November.

Miller, a former secretary of state, filed a lawsuit against the county after its initial decision not to certify, which he said in the complaint exceeded the board’s “authority under law.” On Tuesday, a statement from the candidate’s campaign expressed his thanks that the commission reconsidered its decision.

“Ross Miller served as Nevada’s chief elections officer for eight years, and nobody has more respect for the hard-working officials and volunteers who administered a fair election in District C,” Jim Ferrence, Miller’s campaign manager, said in the statement. “Over 153,000 voters cast legal ballots in the race, and Ross is thankful to the County Commission for making sure those votes count and for certifying Ross as the winner.”

Las Vegas City Councilman Anthony said on Tuesday that he was “disappointed” by the board’s decision to “not take a stand for the voters in District C.” As an intervening plaintiff in Miller’s lawsuit, Anthony’s legal team argued on Monday that allowing the county to certify results and leave Anthony only with the options of a recount or a legal challenge was unfair as Gloria previously stated that a recount would not address the 139 discrepancies.

“To say that 139 votes that cannot be counted don’t matter is an affront to the integrity of the election process,” Anthony said in a statement issued by his campaign on Tuesday. “We have a hearing in District Court on Dec. 14, and we will continue to make every effort to get a fair, transparent and accurate election.”

Although Anthony refers to discrepancies as “votes that cannot be counted,” ballot discrepancies are instances when the number of individuals who checked in to vote or signed ballots does not match the number of ballots cast. These anomalies can occur if a voter casts multiple ballots or for a variety of mail-in issues. At a previous commission meeting, Gloria said that discrepancies occur in every election.

“There’s no election that goes without discrepancies that are identified,” he said. “In particular, this time, with such a large mail ballot number, that number that I’ve identified is in the thousandths of percent.”

The exact nature of the discrepancies in District C is unclear. Brown asked Gloria on Tuesday to go into more depth about the nature of the anomalies, but Gloria said that he could only offer hypothetical scenarios that may have caused them.

“We don’t know which voter they are, all we know is they exist, either in the mail, in early voting, or Election Day,” he said.

Gloria noted that there are discrepancies that can be solved, including voters who are a part of the Nevada Confidential Address Program, which allows for the voter records of victims of domestic violence, sexual assault and/or human trafficking to be confidential. However, he said that in these cases, he would receive a document explaining the situation and that discrepancy would not be counted in the 139 against the margin of victory.

Gloria previously stated in an affidavit submitted to the court by Anthony’s campaign that he could not certify that the vote in District C was an “accurate representation of the will of the voters” in the region. On Tuesday, he said that the situation in District C is “unique.”

“Over 150,000 people voted in this contest,” he said. “It’s very out of the ordinary for a race with that many votes to be decided by ten. That margin of victory is very difficult to reconcile, no matter what the race is, with 215 precincts.”