Deputy attorney general: 'I would advise against' Gaming Control Board intervening in Sands lawsuit 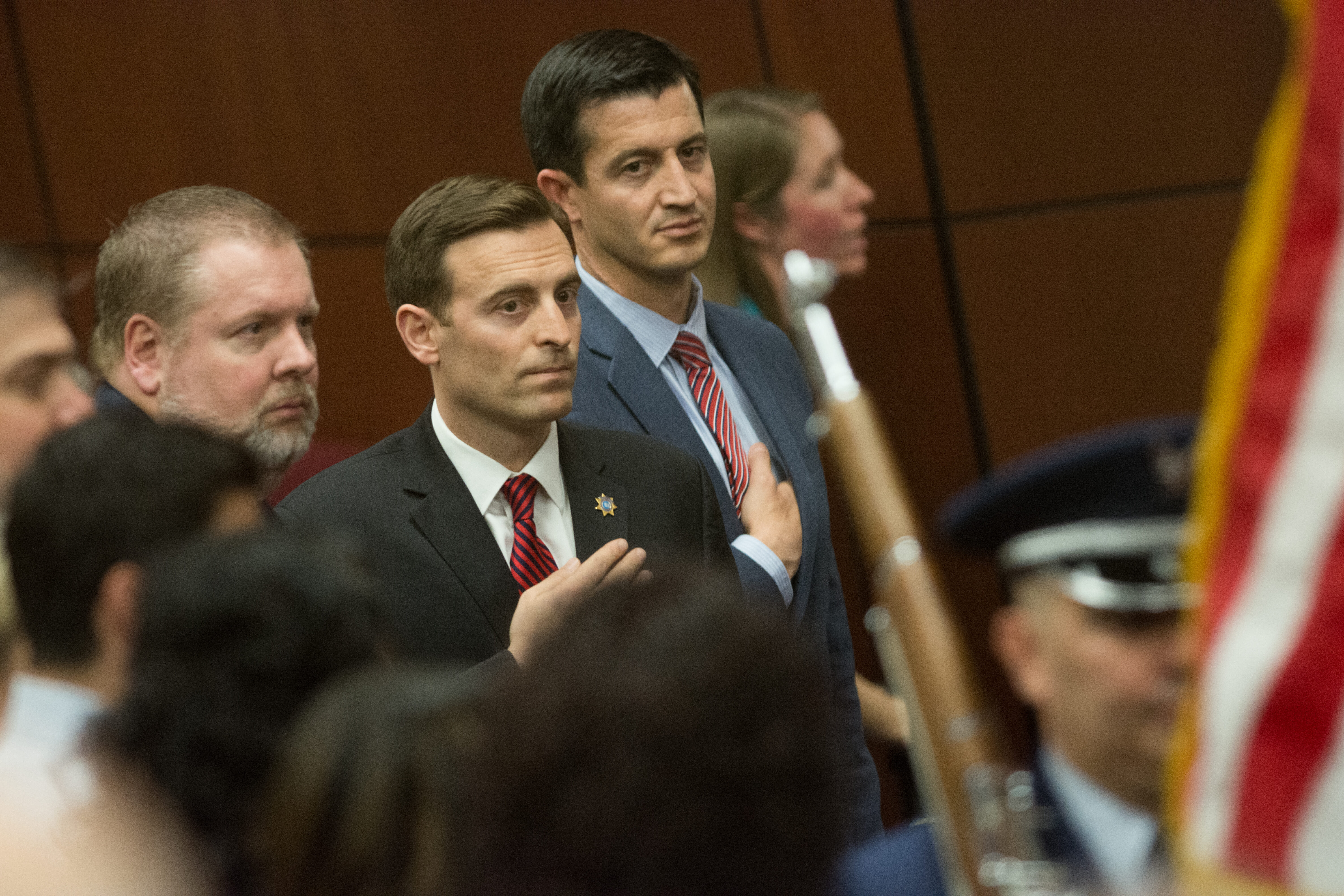 The opinion, which was delivered in an early March 2016 email and obtained by The Nevada Independent, backs up details in a recently released affidavit where Burnett claimed Laxalt requested the board intervene in the suit despite directly conflicting with the advice of his own deputy attorney general.

Burnett wrote to the deputy attorney general in early March 2016, asking whether information provided to the Gaming Control Board is “forever protected” by the state’s confidentiality statutes “simply because” it was given to the board. At the time, a judge was considering a discovery request in a years-long lawsuit between Las Vegas Sands, helmed by Adelson, and former Sands China Ltd. executive Steven Jacobs, who sued the Sands in 2010 for wrongful termination.

Jacobs’ lawyers wanted to obtain an internal report commissioned by Sands officials during the discovery process. Sands wanted the board to step in and say the document was confidential since it had been turned over to them at some point.

The deputy responded to Burnett in an email on March 10, advising him to not intervene in the litigation.

“However, to the extent that you are considering having the Board appear in this litigation, I would advise against it. If the Sands is ultimately successful with its arguments, I don’t believe that the Board’s long-standing position and interpretation of the law (that documents/information in the Board's possession are confidential and/or privileged and litigants are precluded from seeking such information from the Board) will be diminished,” the deputy, whose name is redacted from the mail obtained by The Independent, wrote. “Also, avoiding involvement in this litigation would be consistent with the Board’s historical practice when it comes to 3rd party litigation.”

After Burnett received that opinion, the board informed Sands that it did not intend to intervene in the lawsuit.

Several weeks after the deputy attorney general’s opinion and shortly before a judge was to rule on the case, Laxalt reached out to Burnett and requested to meet with him in person through a series of urgent text messages.

In their meeting, which Burnett secretly recorded and later turned over to the FBI, Laxalt requested the board to intervene in the lawsuit — apparently ignoring the deputy attorney general’s opinion. Burnett again declined to intervene and noted his “concern about the licensee approaching the Attorney General with this issue, rather than the GCB Chairman.”

Burnett later met with Adelson and Sands representatives personally and told the casino billionaire “unequivocally” that the board wouldn’t intervene in the lawsuit.

In a later interview, Burnett said he was also concerned by news reports suggesting Adelson believed he controlled Nevada gaming regulators. A Bloomberg article from 2015 quoted from an amended complaint filed by Jacobs, which stated, “Indeed, on a prior occasion when Jacobs had voiced his concern over how Nevada’s gaming regulators might view Adelson’s actions, Adelson scoffed at the suggestion, informing Jacobs that he, Adelson, controlled the regulators, not the other way around.”

Burnett stressed the importance of the board doing everything in its power to maintain its independent reputation.

“We have to do everything we can to even afford the appearance of impropriety,” Burnett said in the interview. “All of those factors combined led us to not intervene.”

Democratic Assemblywoman Maggie Carlton, who chairs the powerful Ways and Means committee, subpoenaed Burnett for the tape and any other pertinent information in early May after news of the recording was made public by The Nevada Independent in February. Democrats are planning to hold a hearing soon — as early as this week — to publicly discuss the case as well as a bill that would allow the Gaming Control Board to hire its own internal legal counsel outside the purview of the attorney general’s office.

Laxalt’s chief of staff said in a letter last week that the attorney general and his staff were “willing to appear at a fair and independent hearing to clear up any questions the legislature may have about the Gaming Control Board’s request to our Office for legal assistance.”

Senate Republican leader Michael Roberson in a late Friday statement called Burnett a “rogue regulator” and accused him of colluding with legislative Democrats.

A spokesman for the Sands declined to comment on the matter. A spokeswoman for the Attorney General's Office did not return a request for comment on Sunday.