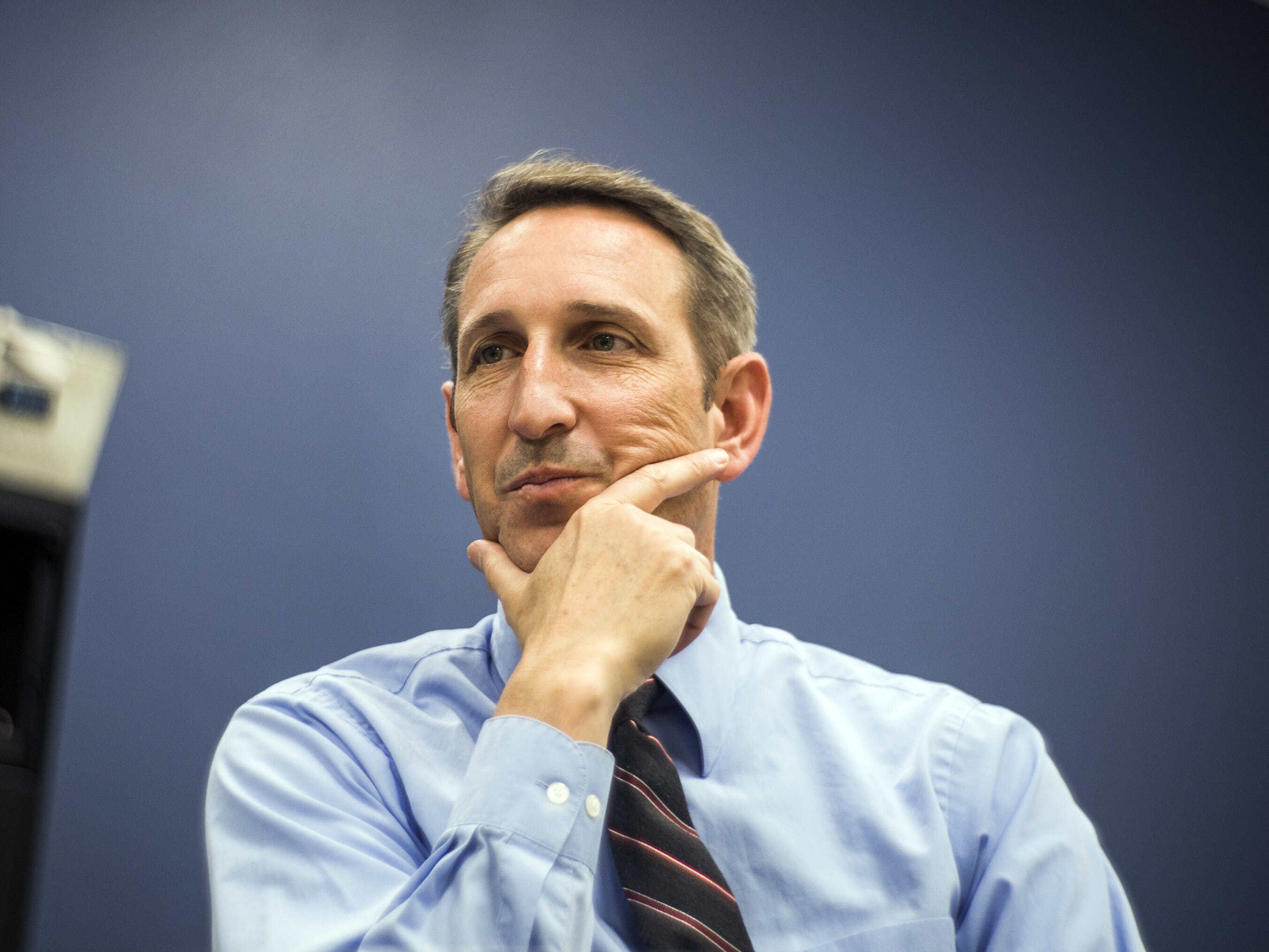 Republican state Sen. Scott Hammond announced today that he is planning a bid to represent the most competitive congressional district in the state.

The second-term state senator told The Nevada Independent Tuesday that he plans to run to represent Nevada’s 3rd Congressional District represented by Democratic Rep. Jacky Rosen. The freshman congresswoman is expected to challenge Republican Sen. Dean Heller for his U.S. Senate seat in 2018.

Hammond, 50, has been exploring a bid for Congress since the beginning of the year, taking a brief break from the legislative session in March to visit Washington D.C. There, Hammond met with Heller and Republican Party officials to discuss why he would be a good fit for Congress and what kind of resources he could bring to the table.

The state senator said he believes the country is on the precipice of change and that he has something to contribute. He said that Nevada’s congressional delegation — currently made up of two Republicans and four Democrats — is doing a good job and he’d like to add to that.

“I’d like to see us change the culture and get something done, get something accomplished in D.C. and continue to work on that,” Hammond said.

Rosen, the second Democrat ever to hold the seat, swept to victory in Nevada’s blue wave in 2016, in which the state flipped two House seats blue, elected a Democrat to replace retiring Democratic Sen. Harry Reid and swung for Clinton as Trump clinched the overall victory. At the same time, the majority of voters in the swing district pulled for President Donald Trump.

Trump’s low approval ratings have already begun to cast doubt on how down-ballot Republicans will fare during the midterm elections, but Hammond said that doesn’t concern him.

“I’m not so worried about people saying, ‘Well, Trump’s doing bad, so therefore you’re going to be bad,’” Hammond said. “Here’s one guy who’s doing his job, and I’m trying to work for the people of Nevada.”

Hammond — a former Spanish and government high school teacher and father of four who grew up in Alaska — was elected to the state Assembly in 2010, where he served one term before being elected to the state Senate in 2012. He was easily re-elected to his seat in northwest Las Vegas in 2016.

A charter school administrator, one of Hammond’s biggest focuses at the Legislature has been education, championing an Education Savings Accounts program for the state during the 2015 and 2017 legislative sessions. Hammond was at the center of negotiations this year in an attempt by Republicans and Democrats to reach a compromise to restart the program, which was stalled by the courts last year.

Lawmakers ultimately never reached a deal that would have allowed the legislation to move forward, instead deciding to allocate $20 million to a need-based program known as Opportunity Scholarships, which allocates award money to low-income families to help with school expenses.

“I know there are a lot of people who are still completely and adamantly opposed to it, but it's led to a discussion and the fact that we put $20 million into educational choice this time, I think that kind of speaks to what I hold dear,” Hammond said. “We need to make sure we're out there creating an atmosphere where schools are getting better because they’re competing against each other.”

An adoptive father, Hammond is also outspoken on adoption and social service issues at the Legislature, issues he says he hopes to be able to continue to work on in Congress.

Hammond applauded Trump’s efforts to cut down on government regulation and the president’s choice in Neil Gorsuch as U.S. Supreme Court nominee. But he said he couldn’t comment on the other political battles facing Trump, such as the ongoing investigation into ties between Russia and the Trump administration.

“I worry about making sure that the people of Nevada continue to have a future, that jobs continue to be created in our state, that we have access to good health care,” Hammond said. “I worry about that kind of stuff.”

Hammond said he couldn’t comment specifically on congressional Republicans’ plans to repeal and replace the Affordable Care Act without seeing the final version of the bill that Senate Republicans have been drafting in secret. But he said that he is concerned about the way that an ACA repeal and replace bill could negatively affect the Medicaid program in Nevada, which Republican Gov. Brian Sandoval expanded under the ACA.

“I'm very concerned about anything that might hurt Nevada families as we in the past have expanded Medicaid,” Hammond said. “My concern is how does the final version of the bill impact the families of Nevada? That's how I would make that determination, after I saw the final bill, but those are my concerns. Does it hurt the families?”

Hammond also indicated that he would not support efforts in Washington to revive plans to locate a nuclear waste repository at Yucca Mountain in Nye County. Five of six members of Nevada’s congressional delegation, along with Republican Gov. Brian Sandoval, staunchly oppose the plans.

Hammond will be in the middle of his four-year state Senate term in 2018, which means he will return to the Senate for the 2019 legislative session if his congressional bid is unsuccessful.

"I'll let the voters decide ... if they decide not to vote for me either in the primary or the general, then I guess what they're telling me is they want me to stay here and fulfill my term in the Senate," Hammond said. "But I think if they elect me, they're saying, 'We really think you're doing a good job, and we'd like you to take that good job and go to D.C. with it.'"