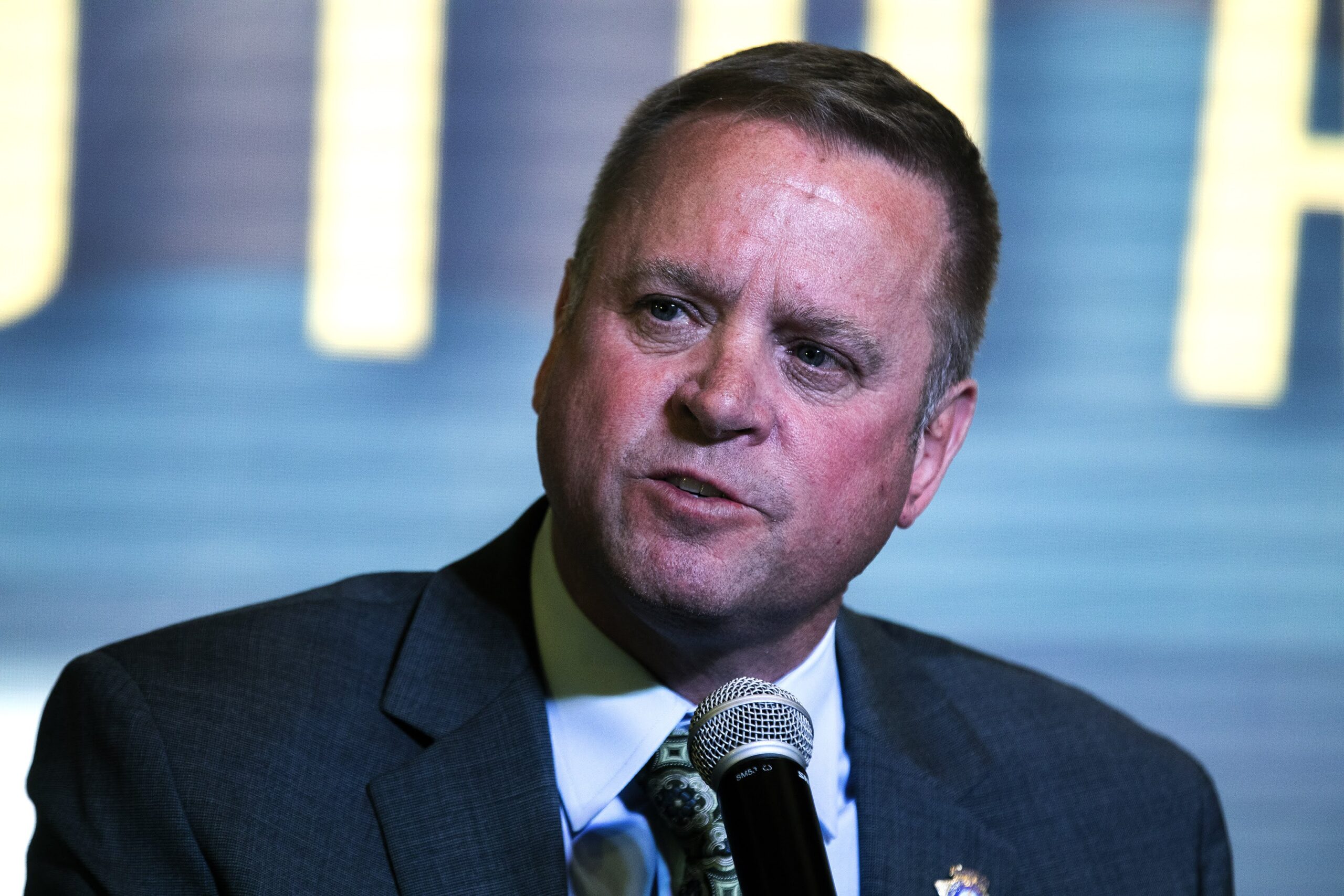 McMahill handily coasted to victory, capturing close to 60 percent of the votes cast as of early Wednesday and meeting the majority threshold in the nonpartisan race to be declared the outright winner. The sheriff’s race featured two other veterans of the Las Vegas Metropolitan Police Department — Tom Roberts and Stan Hyt.

Roberts, a retired assistant sheriff and a moderate Republican Assembly member, snagged less than a quarter of the vote, while Hyt, a retired police sergeant who described himself as a constitutionalist, received less than 20 percent in early returns.

“I’m grateful to have received the overwhelming majority vote from our community and I’m honored to have been elected to be your next LVMPD Sheriff,” McMahill wrote in a tweet. “I will continue to work tirelessly and collaboratively to help keep our community safe.”

McMahill’s victory comes despite the resurfacing of a decades-old allegation of sexual misconduct that almost jeopardized his career in the mid-1990s. He repeatedly denied the accusation and was the fundraising leader by a wide margin. During the first quarter of this year, McMahill had stockpiled roughly $1.3 million in his campaign war chest compared with the $45,700 reported by Roberts.

“They had a lot of money,” Roberts said about McMahill’s campaign in an interview with The Nevada Independent. “It was a well-financed campaign — well run — I'll give them compliments there.”

Clark County Sheriff Joe Lombardo, who secured his place as the Republican nominee in the governor’s race, had endorsed McMahill, as did the 3,000-member Las Vegas Police Protective Association.

Roberts said the endorsement that McMahill received from the sitting sheriff, Lombardo, significantly changed the momentum of the race for him, particularly in attracting donors. Historically, endorsements from a sitting sheriff can carry major weight, often propelling that candidate in particular to victory.

“I think the fact that [Lombardo’s] running too, in the effort to get him elected, I think the combination of the two really helped [McMahill],” Roberts said.

Though McMahill emerged as the establishment-backed candidate, he maintained that he would not be following anyone else’s playbook as sheriff, noting that he spent the majority of his law enforcement career on the “uniform side of the police department” during an interview earlier this year.

Meanwhile, on the other side of the law and order fence, Clark County District Attorney Steve Wolfson fended off a challenge from progressive Ozzie Fumo in his re-election bid, capturing nearly 60 percent of the vote in the race. Wolfson, a Democrat, will face Republican attorney Tim Treffinger in the general election.

When the numbers rolled in for the district attorney race at a Tuesday watch party hosted by the Progressive Leadership Alliance of Nevada (PLAN), attendees booed and repeated things like “tomato — tomato,” a nod to the act of throwing a tomato in dissatisfaction. Volunteers with PLAN had focused on elevating Fumo, sending out two mailers, holding community forums and canvassing via text, phone calls and door knocking.

PLAN Executive Director Laura Martin said Fumo was an ideal candidate to beat Wolfson, a district attorney she said is “corrupt” and “unfair” based on his record which she said includes leniency toward wealthy people. She talked about billionaire Henry Nicholas, who was sentenced to 250 hours of community service and drug counseling after he was found with a trafficking amount of various narcotics on the Las Vegas Strip —- under Wolfson’s leadership.

“So the community will just pick a different district attorney,” Martin said.

Wolfson and Fumo, a former assemblyman, had clashed on the state of the criminal justice system. Wolfson said the system gets it right 99 percent of the time. But Fumo campaigned on making a number of changes at the district attorney’s office, such as ending the use of the death penalty, no longer arresting and prosecuting sex workers and helping the governor seal cannabis charges prior to legalization.

“Our opponent had the backing of major casinos, major Republican donors, and unfortunately, money plays a pretty significant role in our elections,” said Spencer Carnes, Fumo’s campaign manager. “And until we reduce the impact money has on our democracy, then it’s going to be difficult for justice-minded, people-powered candidates to succeed.”

“I feel that D.A. Wolfson’s proven track record and experience is what voters wanted,” Letizia wrote in an email.

The Clark County Commission appointed Wolfson as the county’s district attorney in 2012, and he went on to be elected to full four-year terms in 2014 and again in 2018. Treffinger, who will challenge him in the general election in November, has criticized Wolfson’s office for sentencing inconsistencies. But Treffinger has only raised a negligible amount of campaign cash for the race.