Jara to stay as head of Clark County School District 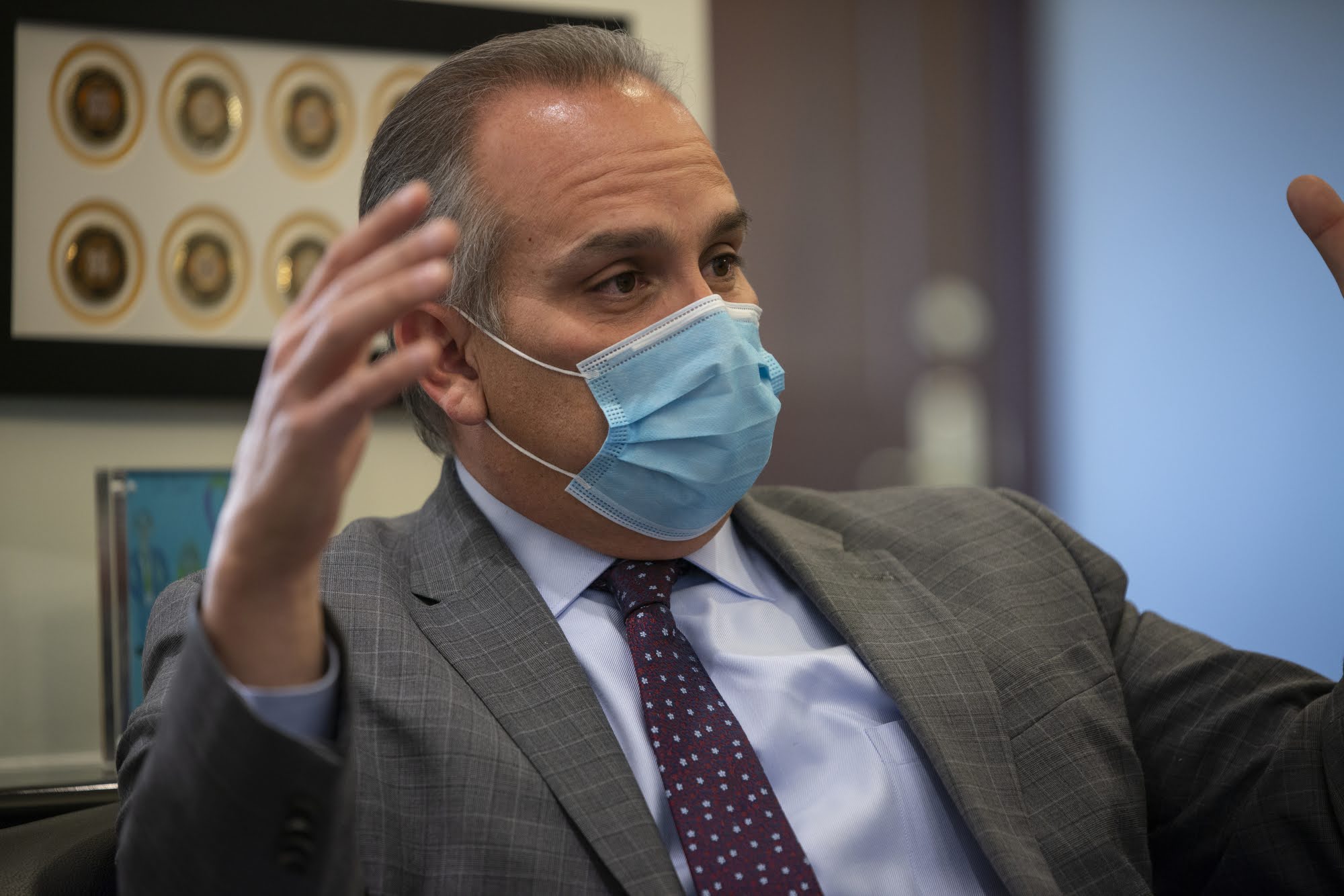 Superintendent Jesus Jara announced Friday night that he will remain as leader of the Clark County School District, ending a two-week period of uncertainty following trustees’ decision last month to reverse his termination.

Jara said he reached an agreement with the “majority of the board” to continue to lead the nation’s fifth-largest school district, home to 305,000 students.

“There are too many children in this community that have been left behind. I won’t walk away from them. As an immigrant, and as a child who worked his way out of poverty through education, and as a parent, I understand what’s at stake for all the children we serve,” he said in a statement. “That’s why starting on Monday, in this critical moment, we’re going to continue working day and night to make sure that we re-center our focus on our students’ safety, mental health and unfinished learning.”

The leadership turbulence began Oct. 28 when the Clark County School Board terminated Jara’s employment contract in a split vote. But Trustee Irene Cepeda, who cast the swing vote, later requested an agenda item for the board’s Nov. 18 meeting to reconsider that action.

After a lengthy board meeting that stretched into the early morning hours of the next day, Cepeda joined fellow Trustees Lola Brooks, Evelyn Garcia Morales and Katie Williams in undoing the previous termination. Board members Linda Cavazos, Danielle Ford and Lisa Guzman — who had initiated the original termination vote — opposed the motion.

The weeks between the two votes deepened rifts among board members and set up escalating tensions between the superintendent and several trustees. Jara’s attorney sent board counsel a demand letter accusing Cavazos, Ford and Guzman of creating a hostile work environment and requesting a payout totaling $2.6 million to avoid litigation.

Cepeda framed her reversal as a decision rooted in concerns about a possible Open Meeting Law violation related to the Oct. 28 vote as well as what she described as “unethical communications.”

The initial termination vote was for convenience, meaning the trio of trustees who brought it forward did not have to cite particular reasons for doing so; however, they had referenced ongoing problems plaguing the district, including staff shortages, poor school climates and a culture of retaliation if employees spoke out.

The day after the board reversed his termination, Jara released a statement saying he was working with his legal counsel and the board’s lawyer to determine if a path forward was even possible.

The school board released a statement Friday evening alongside Jara’s announcement, acknowledging the path forward would involve “refocusing our attention on the students” and mending the working relationship between trustees and the superintendent.

“While the first step of this process is completed, we will continue striving for a more collaborative, respectful, and supportive Board and Superintendent relationship,” the board members wrote.

The question of whether Jara should remain as the district’s leader became a lightning-rod debate in the community, though people who delivered testimony during public comment at meetings largely favored not undoing Jara’s termination and, instead, starting fresh.

In an interview with The Nevada Independent preceding the second vote that undid his termination, Jara had said his biggest regret was being unable to “bring everybody together.”

His statement Friday evening nodded to the divisiveness of the past few months, saying that “too much adult-centered attention” had created instability.

“That is unacceptable; and now is the time to move forward,” he wrote.

Jara came to the district in 2018 from Orange County Public Schools in Orlando, Florida, where he served as deputy superintendent. His hiring in the Clark County School District was also decided by a split vote among trustees serving at the time.