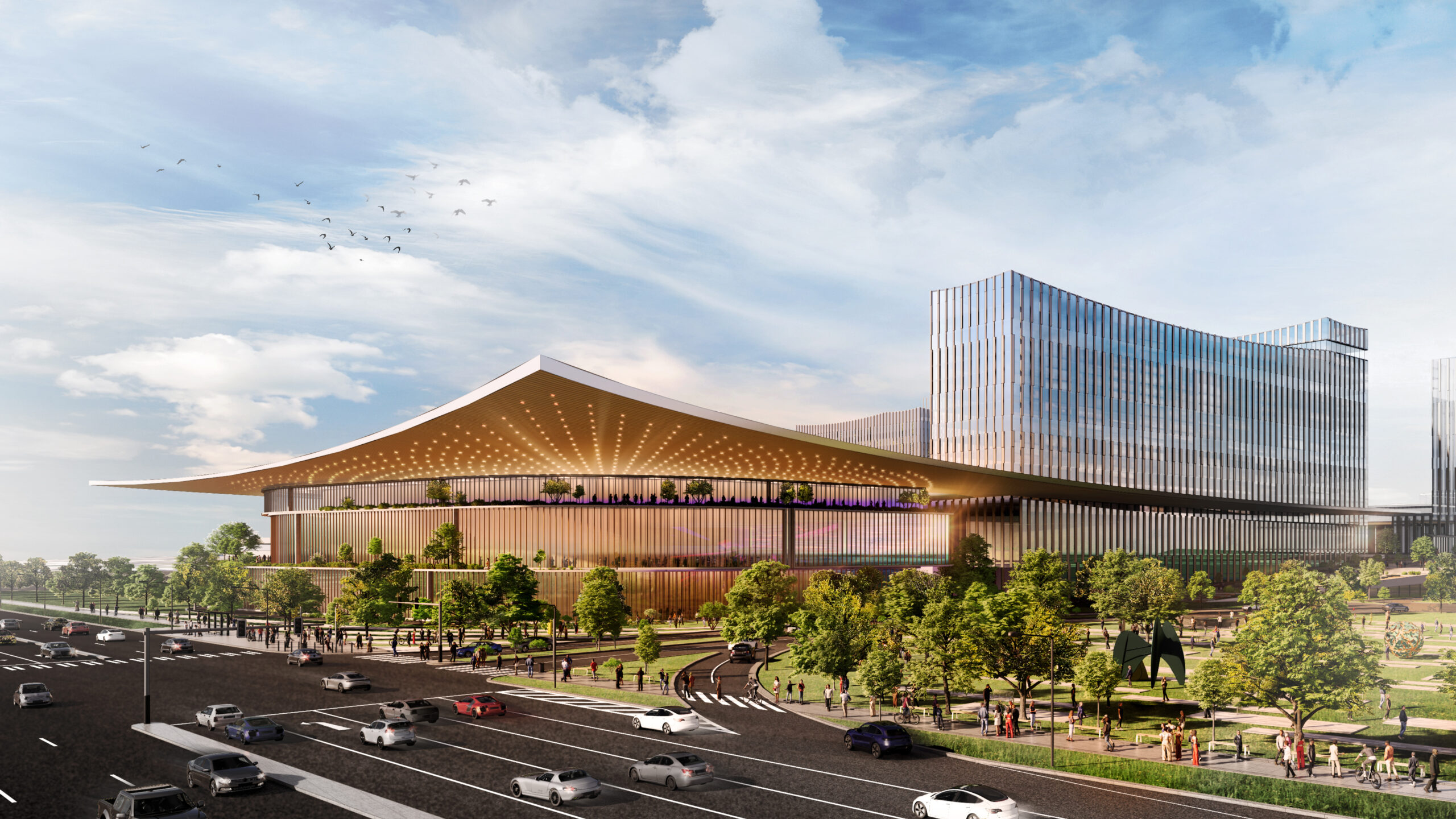 The former home of the New York Islanders, where the professional hockey team won four straight Stanley Cup championships in the 1980s, may soon be transformed into the new U.S. flagship resort for Las Vegas Sands Corp.

The company, which sold The Venetian, The Palazzo and The Venetian Expo a year ago for $6.25 billion, operates five resorts in Macau and Marina Bay Sands in Singapore but no longer operates a casino in Nevada. It wants to create a resort on Long Island in a new market that analysts think will be the nation’s most expensive to build outside Las Vegas.

New York voters approved casino legalization in 2013, but the state legislature authorized just four casinos in upstate New York for the first seven years, giving the operators an opportunity to build their businesses before casinos were added to New York City.

Las Vegas Sands was unsuccessful in its attempts to speed up the New York City licensing process from the legislatively mandated 2023 timeframe.

Industry analysts did not react to the Sands announcement.

“We see New York City as an under-penetrated market even after expansion, with access to 19 million-plus people and favorable income metrics,” DeCree wrote.

Las Vegas Sands didn’t put a price on its plans for Nassau County, roughly 36 miles east of Manhattan. In a statement last week, the company said it has agreements to acquire the site which houses the Nassau Veterans Memorial Coliseum. The Islanders vacated the facility in 2021 for the $1 billion UBS Arena near Belmont Park Racetrack in Elmont, which is also on Long Island.

Las Vegas Sands will gain control of up to 80 acres in Nassau County after final approvals are reached, where the company said it would build “a multi-billion-dollar flagship hospitality, entertainment and casino project.”

Caesars has a partnership with SL Green Realty Corp. on a venture to develop Caesars Palace Times Square. In September, Wynn Resorts announced a partnership with New York-based Related Companies to seek a gaming license for Western Yards at Hudson Yards. The location is next to the Javits Center, one of the busiest convention centers in the United States.

Las Vegas Sands is working with Long Island-based RXR Realty, which has long sought to redevelop the Nassau County site in Uniondale.

"Our proposed project would be designed to produce tens of millions of dollars in tax revenue for the local community on an annual basis, potentially offering property tax relief for residents,” Sands CEO Rob Goldstein said in a statement. “The project would also provide a lift for local businesses through a robust procurement program and support a broad range of community organizations and causes."

Sands said the development would include outdoor community spaces, four- and five-star hotel rooms and a live performance venue that would replace the former hockey arena.

The casino would cover less than 10 percent of the project’s total square footage, but other details about gaming were not disclosed. The project would have convention and meeting spaces and restaurants operated by celebrity chefs.

Goldstein highlighted Sands’ “track record of driving significant economic benefits to the communities in which we operate.” Sands no longer has a presence in the U.S., after last year’s sale of its Strip holdings and its 2019 sale of its Bethlehem, Pennsylvania casino for $1.3 billion.

"The meaningful relationships and partnerships we have created in each of those communities gives us a unique perspective on what it takes to develop transformative tourism destinations that positively impact the local community,” Goldstein said in the New York news release. “Based on that experience, we strongly believe Long Island can be home to one of the region's great entertainment and hospitality developments."