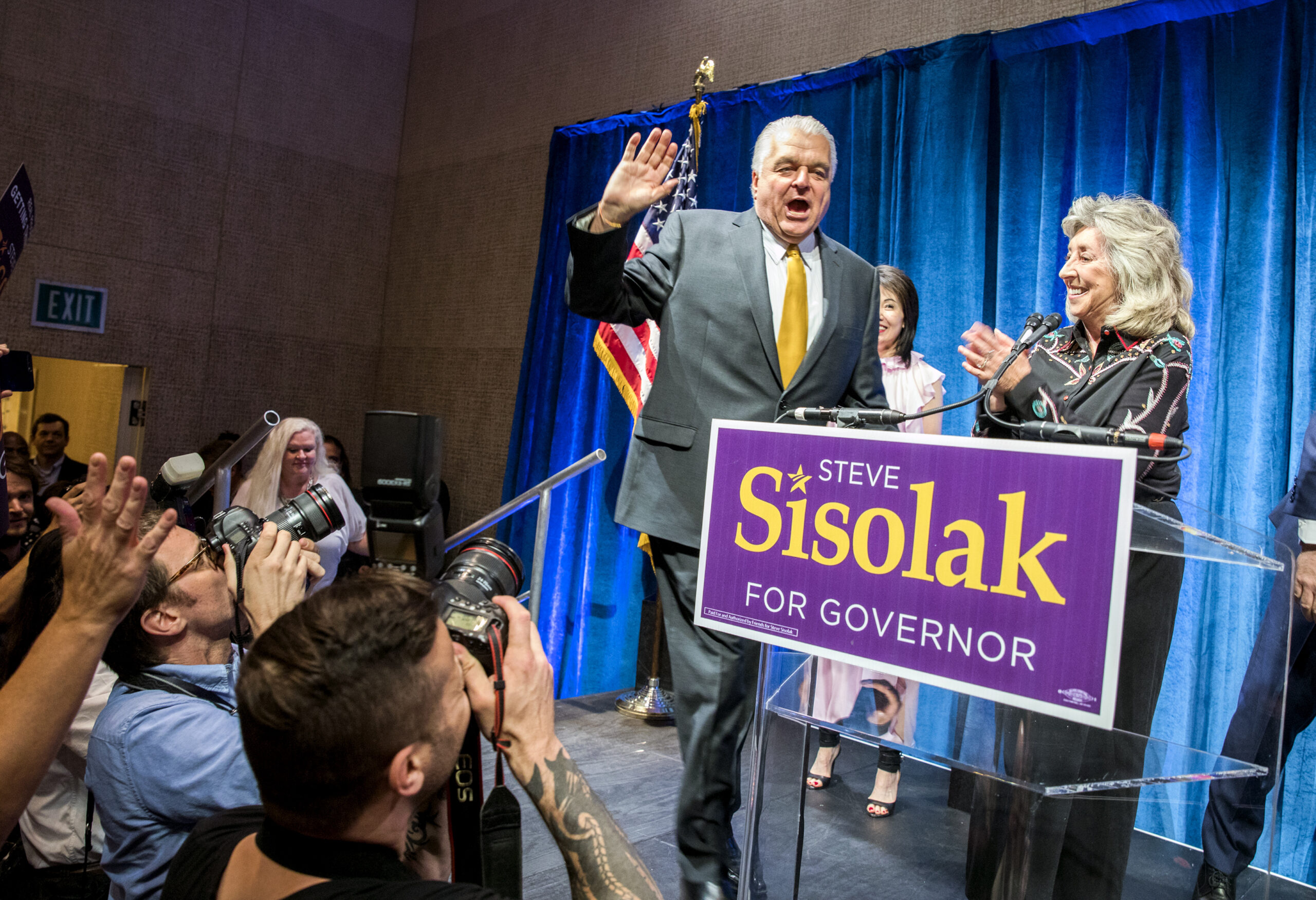 Who’s paying for it: The campaign for Republican gubernatorial candidate and Attorney General Adam Laxalt.

Size of buy: The Laxalt campaign did not disclose the size of the ad buy, which markets it is running in or when the ad starts running.

The gist: Using an actor to portray Sisolak, a narrator attacks Sisolak for alleged corruption, including a 2008 story from KLAS-TV in Las Vegas that reported Sisolak was “of interest to the FBI Agents and Metro detectives” investigating an alleged threat made against state Supreme Court candidate (and now Justice) Kris Pickering. The ad also cites a 2010 Las Vegas Review-Journal story that reported a federal judge “chastised” Clark County commissioners — including Sisolak — and said they acted “corruptly” when they awarded a union contractor a valuable highway construction project with a bid $4.6 million higher than a competing non-union builder.

On taxes, the ad notes a 2016 vote by Sisolak for a sales tax increase meant to fund more police officers in Clark County, as well as his vocal support made later that year for a 10-year extension to the fuel revenue index tax —  an extension that was later approved by voters as a ballot measure by more than 12 points. The ad also plays footage of Sisolak from May where he appears to advocate an increase to property taxes to a group of his supporters.

Sisolak has since backed away from his stance on increasing taxes as a means to fund education and has released an ad that portrays himself as a tax-cutter instead.

The ad ends on a visual of the Sisolak actor in a dark room, smoking a cigar and answering phones as the all-caps words “Stop Steve Sisolak now” appear on-screen.