Senate race updates: Behind an anti-abortion group’s endorsement of Laxalt 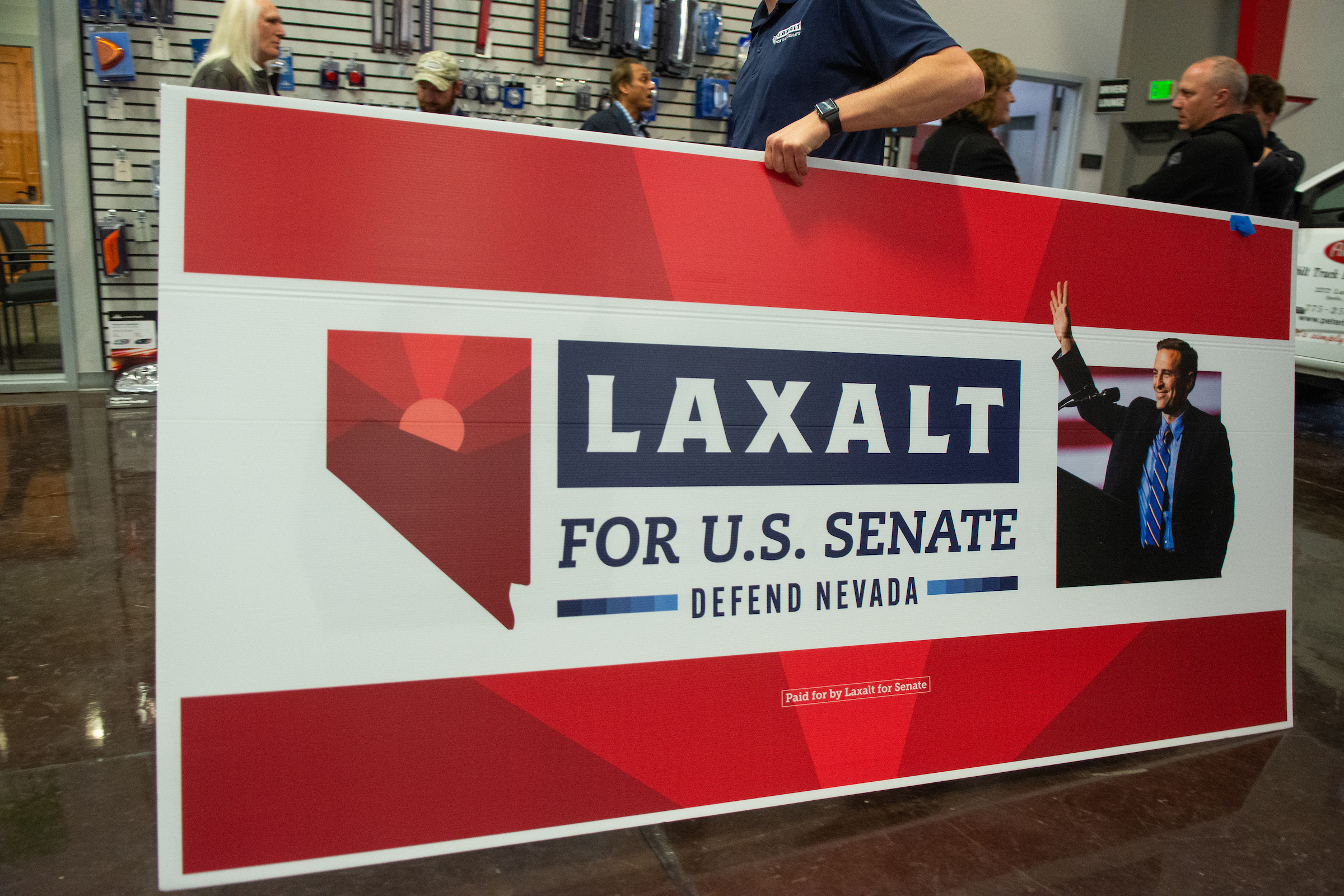 The surrogates are coming, though so far it has been only to stump for former attorney general and Republican Senate hopeful Adam Laxalt. Last week, Sen. Ted Cruz (R-TX) joined Laxalt for stops both north and south, slamming Democratic policymakers on the economy and immigration.

On Wednesday, Laxalt also got a boost from another rising Republican star, former Naval Justice School roommate and Florida Gov. Ron DeSantis. On the agenda for the “Rise Up” rally: open borders, woke ideology, censorship and COVID mandates.

In the wake of Laxalt’s endorsement last week from anti-abortion National Right to Life, The Nevada Independent obtained a copy of the candidate questionnaire the group used to grade possible candidate endorsements.

Though Laxalt’s responses remain unknown, the questionnaire included prompts such as “Do you advocate reversing and/or changing Roe v. Wade … so that elected legislative bodies … may once again protect unborn children by limiting and/or prohibiting abortion?”

It also asked if they would support “repeal and replacement” of the Affordable Care Act (ACA).

Additionally, the questionnaire asked respondents whether they would oppose attempts to enact the Equal Rights Amendment, and if candidates for Senate would vote to support only anti-abortion Supreme Court nominees who interpret the Constitution “according to its text.”

During his time as attorney general, Laxalt joined multiple amicus briefs supporting attempts by conservative lawmakers in other states to severely limit abortion access. Later, while running for governor in 2018, Laxalt told Reno’s KOLO 8 News Now he would “look into” a possible referendum to undo Nevada’s constitutional abortion protections.

Separately, during that same campaign, Laxalt also called the ACA “the most flawed piece of major legislation America has ever endured.”

New text messages from Trump White House Chief of Staff Mark Meadows published Monday by CNN have shed more light on the timeline preceding attempts by the former president’s team to challenge the validity of the 2020 election.

That includes at least two Nevada angles. The first was a short exchange between Meadows and Fox News pundit Sean Hannity, with Hannity asking on Election Day if there was “any place in particular we need a push[?]”

A day later, on Nov. 4, former White House political director Matt Schlapp messaged Meadows: “Pls get 4 or 5 killers in remaining counts. Need outsiders who will torch the place. Local folks won't do it. Lawyers and operators. Get us in these states.”

The next day, on Nov. 5, Laxalt joined Schlapp and former Trump Director of National Intelligence Ric Grenell to announce a lawsuit alleging that “illegal voters” had cast ballots in Nevada and ask a court to overturn election results. The claims fizzled out in court, and were eventually rebutted by the state’s Republican Secretary of State Barbara Cegavske, who said in a report that there was no “evidentiary support” for claims of widespread voter fraud.

And Republican candidates rejoiced over the pending sale of Twitter to Elon Musk, an apparent victory for free speech as the multi-billionaire has signaled repeatedly that he would look to pull back on the platform’s content moderation policies (in addition to authenticating “all real humans”?).

How Musk’s vision of Twitter may play out among a complex international regulatory framework is unknown, especially in Europe, where the European Union has already warned Musk that he will have to abide by their rules.

But both Laxalt and fellow Republican challenger Sam Brown praised the sale this week, with the former tweeting that Twitter’s acquisition — alongside the failure of CNN+ streaming service and the ongoing conflagration between Disney and the state of Florida over a so-called “Don’t Say Gay” bill — showed that “[people] have had enough with the censorship, fake news, and woke agenda.”

For his part, Brown, who has attributed some of his early fundraising success to public spats with the platform over a brief ban and the censoring of some tweets, called the move to Musk as CEO “a clear upgrade” over Twitter founder Jack Dorsey.