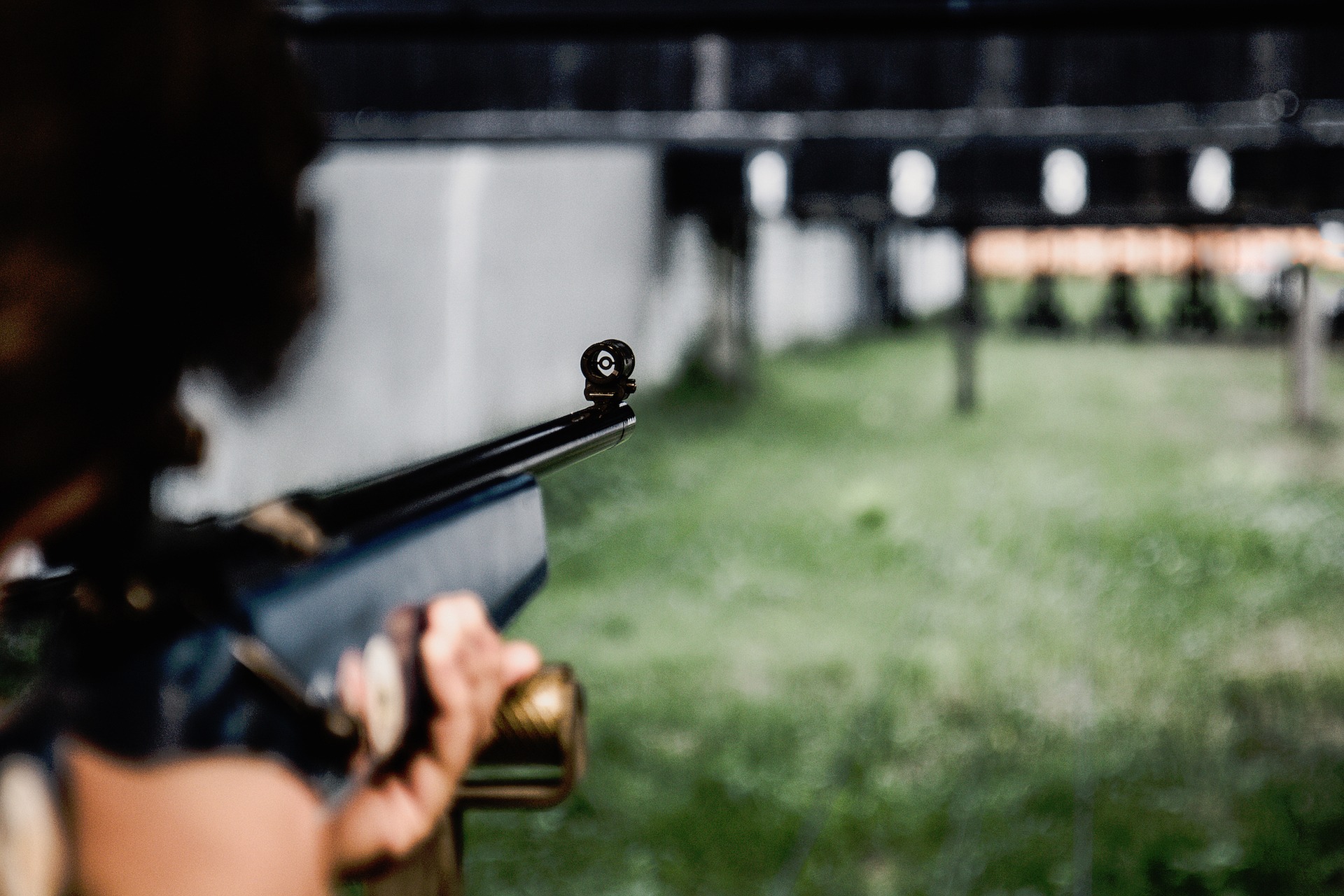 Background checks, potential bans of certain kinds of “assault weapons” and expanding concealed carry law are among the top gun issues that the National Rifle Association is asking Nevada political candidates about ahead of the 2018 midterm elections.

The NRA’s 2018 Nevada candidate questionnaire — a copy of which was obtained by The Nevada Independent — asks 22 questions to prospective congressional members, state-level officeholders and lawmakers. The group typically issues endorsements and grades for congressional, state and legislative candidates ahead of primary and general election contests, based on their answers to the questionnaire, voting record and public statements.

The questions hit a broad range of firearms topics, with survey questions including proposals supported by 2nd Amendment advocates such as carrying firearms on college campuses or having the state recognize out of-state concealed carry permits.

But a substantial number of questions deal with policy proposals long-championed by gun safety advocates, including reinstating a ban on semi-automatic firearms deemed “assault weapons,” implementing “universal” background checks on firearms sales and transfers between private parties and prohibiting gun sales to adults under the age of 21.

One question deals with a contentious topic in the wake of the mass shooting in Las Vegas last October — state pre-emption laws on firearms policy. Several local governments found that they were unable to ban “bump stocks” — devices that allow semi automatic firearms to mimic the fire of an automatic weapon and used by shooter Stephen Paddock in the killing of 58 concert-goers — because of a 2015 bill giving the state pre-emption over firearms policies, meaning cities and counties can’t enact rules on firearms for their specific jurisdiction.

The survey question asks whether the candidate would support Nevada’s existing pre-emption law, and warns that it keeps “counties and municipalities from passing a patchwork of confusing and conflicting local laws throughout the state.”

At least two questions deal with the politically charged topic of allowing permitted concealed weapon holders to bring their firearms onto a school or college campus without written permission by the school — the state’s current policy. One question asks whether the candidate would support allowing a permit holder to possess a gun in a locked or occupied vehicle on school grounds, and another asked whether the candidate supports allowing a concealed weapon holder with a permit to bring a firearm on to college campuses.

Several attempts to approve those two policies into state law have fizzled during recent legislative sessions, though an effort in 2015 came close to passing both houses of the Republican-controlled Legislature.

Another question asks whether the candidate would support the state recognizing any out-of-state concealed carry firearms permit. Nevada currently recognizes concealed carry permits from 30 other states as legally valid.

The group also asks candidates whether they would support background checks on “every sale or transfer” of a firearm. A ballot question enacting a similar policy was narrowly approved by voters in 2016, even as the NRA gave more than $6.6 million to a group attempting to defeat the measure.

One question asks whether the candidate would support laws turning Nevada into a so-called “constitutional” carry state for concealed weapons, which would allow anyone to carry a concealed firearm unless they are otherwise legally prohibited from doing so. A bill enacting that policy sponsored by Republican Sen. Don Gustavson failed to advance out of committee during the 2015 legislative session.

At least 13 states allow for some kind of permitless concealed carry. Nevada has no laws prohibiting open carry of a loaded firearm, unless the person is otherwise prohibited from possessing a gun.

An additional question asks respondents to state whether they would support a constitutional right to hunt and fish as an effort to “protect these essential American traditions from relentless attacks by animal ‘rights’ activists.”

Although 21 states have added similar language to their constitutions, an effort to do so in Nevada — sponsored by Republican state Sens. Scott Hammond, Pete Goicoechea and Don Gustavson — failed to advance to the ballot after it did not advance in either house during the 2017 legislative session, after it was approved by both in the 2015 Legislature (adoption of constitutional amendments requires approval by two subsequent sessions of the Legislature and a vote of the people at the next election) .

Other questions include whether the candidate supports a statewide “waiting period” for firearms sales, taxing firearms and ammunition, requiring “judicial due process” before ordering an individual’s right to own and purchase a firearm be stripped, mandating firearms stored in a home have a locking device, such as a safe or trigger lock and whether the candidate supports requiring a centralized state registered firearm database.

The survey does not directly mention banning “bump stock” devices or the concept of arming teachers.

The NRA has issued grades for 1,358 Nevada candidates between 2002 and 2016, including 409 endorsements. An analysis by The Nevada Independent found that the NRA, while tending to favor Republicans, had given candidates of both parties favorable grades throughout the years, while more recently souring on Democratic candidates.

In 2016, it endorsed only one Democrat — Assemblyman Richard Carrillo — while endorsing 27 Republicans running for legislative office.

Answers to some of the questions have already been publicly provided by the state’s top gubernatorial candidates, including Democratic candidates and Clark County Commissioners Chris Giunchigliani and Steve Sisolak.

Sisolak released a television ad earlier this month pledging to stand up to the NRA and promising to ban assault rifles, bump stocks and silencers.

Attorney General Adam Laxalt, the likely Republican frontrunner in the governor’s race, is adamant about his support of the 2nd Amendment on the “Issues” page of his website and warns that “far-left legislators here in Nevada” and “out-of-state, anti-gun zealots” are trying to stem constitutional rights on firearms.

“Nevadans should know that as Governor, I will oppose any such attempts in the future, and will continue to treat the right of free citizens to bear arms as sacred and non-negotiable,” his website states.