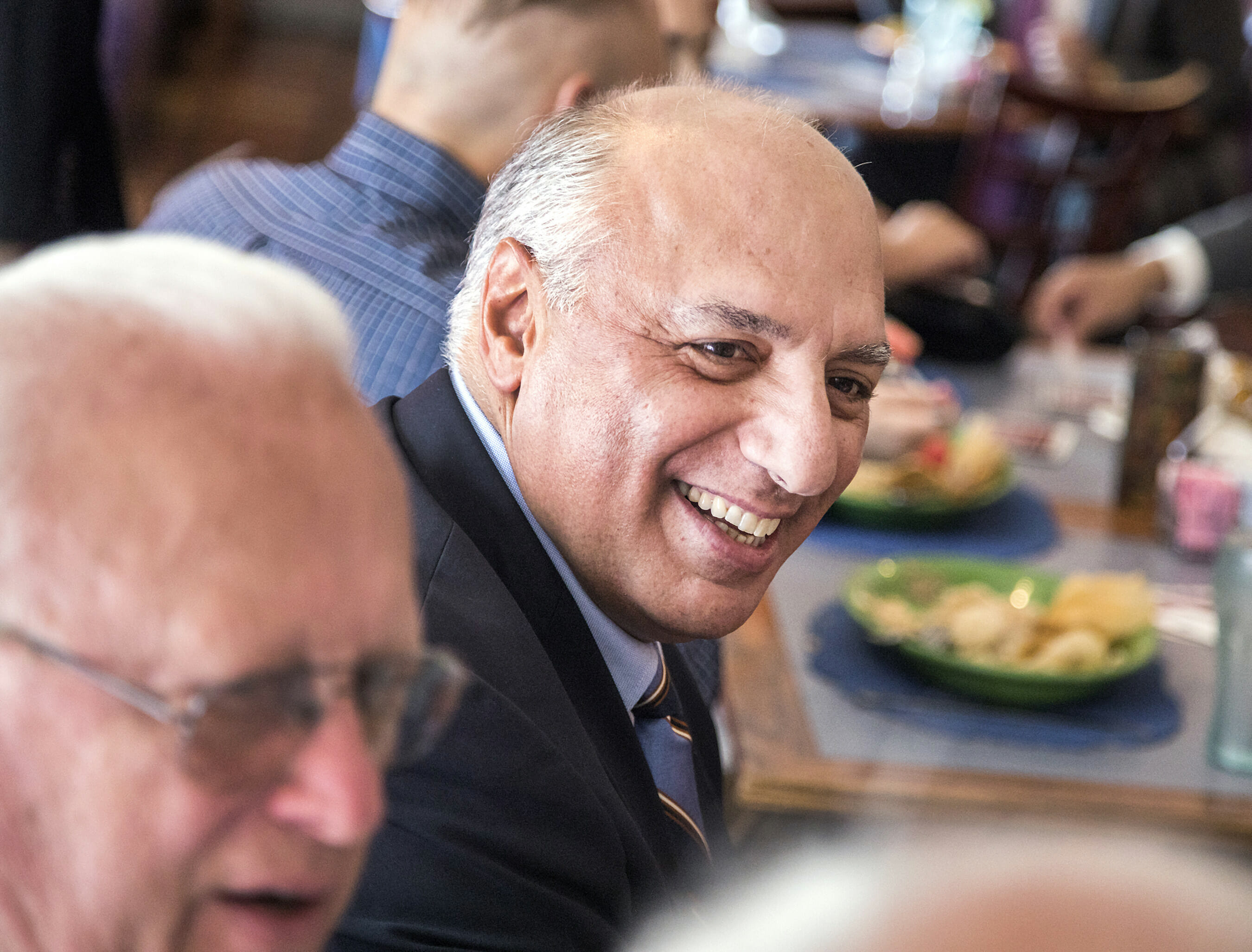 The announcement Monday brings more focus to the race for the seat held by freshman Democratic Rep. Ruben Kihuen, who said in December that he won’t run for re-election because sexual harassment allegations against him had become a distraction.

“In November I had to admit myself into Centennial Hills Hospital for three days due to an elevated heart rate,” Anthony said in a statement first reported by the Las Vegas Review-Journal. “My doctor has advised me that an exhaustive campaign, travel around the state of Nevada, and weekly trips to Washington DC if I were to win, would exacerbate my condition. As a result, I will no longer be a candidate for Congress in Nevada’s 4th district or any other office in 2018. I will continue to serve on the Las Vegas City Council and finish my term.”

Shortly after, Hardy sent well wishes to Anthony and left the door open for taking his place in the race.

“Councilman Anthony is a friend and I was proud to stand with him. Peri and I’s thoughts and prayers remain with Stavros, Bernadette and their family,” Hardy said in a statement, referring to his wife Peri. “I have been heartened by the outpouring of support and encouragement I’ve received from countless Nevadans. In the coming days, I’ll be discussing a potential candidacy with my family and will be making a decision very shortly. This is a critical time for our country, but for America, and for Nevada, no challenge is too great.”

The son of immigrants from the Mediterranean nation of Cyprus, Anthony rose through the ranks of the Las Vegas Metropolitan Police Department, was elected to the board of regents of the Nevada System of Higher Education and won a third term on the Las Vegas City Council last spring.

The district combines wide swaths of rural central Nevada with urban North Las Vegas and has an 11 percentage point Democratic advantage, but it’s not unwinnable for a Republican during a midterm election when Democratic turnout is expected to wane. Hardy scored an upset in 2014’s red wave, unseating one-term Democratic Rep. Steven Horsford.

A large number of Democrats are in the race or are considering bids. State Sen. Pat Spearman announced earlier this month that she’s running, while progressive candidate Amy Vilela jumped in in July in response to Kihuen not supporting a Medicare for all proposal. High school principal and political newcomer John Anzalone is in the race.

The biggest question is whether Horsford, who won the seat in 2012 before losing to Hardy, will return for a potential rematch. He had moved to Washington D.C. and founded a public relations and workforce consulting company but has said he’s considering seeking his old seat.

Asked again about his future plans in a brief interview Saturday at an event in Las Vegas, Kihuen referred back to the statement and declined to offer further comment about the allegations, citing an ethics investigation.

The plainspoken Hardy, 60, descends from Mormon pioneers who settled the Virgin Valley in the 1870s and ranched in the area. He went into construction, but also has a long resume of public service positions: He served as the Mesquite public works director and on the Mesquite City Council before his two terms in the Nevada Assembly, and he's served on the boards of a water district, the Las Vegas Convention and Visitors Authority and the Regional Transportation Commission of Southern Nevada.

Hardy has been described by former House colleague Mark Amodei as “a workhorse and not a showhorse.”

After the release of a tape in which President Donald Trump made sexually explicit boasts on a hot mic in a conversation with Access Hollywood’s Billy Bush, Hardy joined Senate candidate Rep. Joe Heck in denouncing him.

Kihuen, whose ground game got a major boost from the powerful Culinary Union, won 49 percent of the vote in 2016 compared with Hardy’s 45 percent.