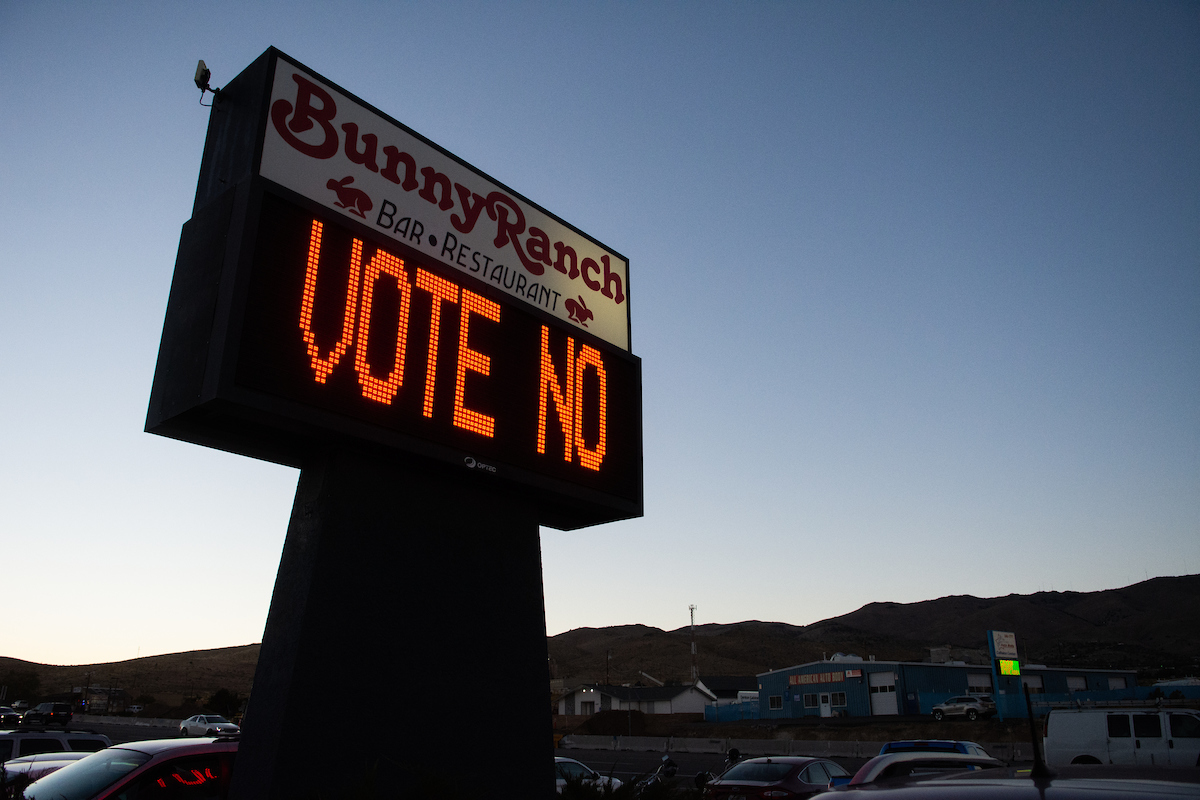 The state Senate has introduced a bill to ban prostitution in Nevada — the only state where it’s legal.

“We have a lot of sex trafficking that uses that as a cloak,” Spearman said about why she signed on to the bill. She also said there were other potential legal models aside from what Nevada has, pointing to the Nordic model, in which prostitution is decriminalized but buying sex is a crime.

The bill comes amid renewed scrutiny on brothels, which are allowed in 10 of Nevada’s 17 counties. Opponents put forward an advisory question with the aim of banning them in Lyon County last fall, but brothel workers launched a vigorous campaign to defeat the ballot measure, and it failed with less than 20 percent of the vote.

A federal lawsuit alleges the brothels invite sex trafficking and seeks to ban them.

Another bill, introduced by Democratic Assemblywoman Lesley Cohen, seeks to study on the working conditions within brothels but does not propose banning them.