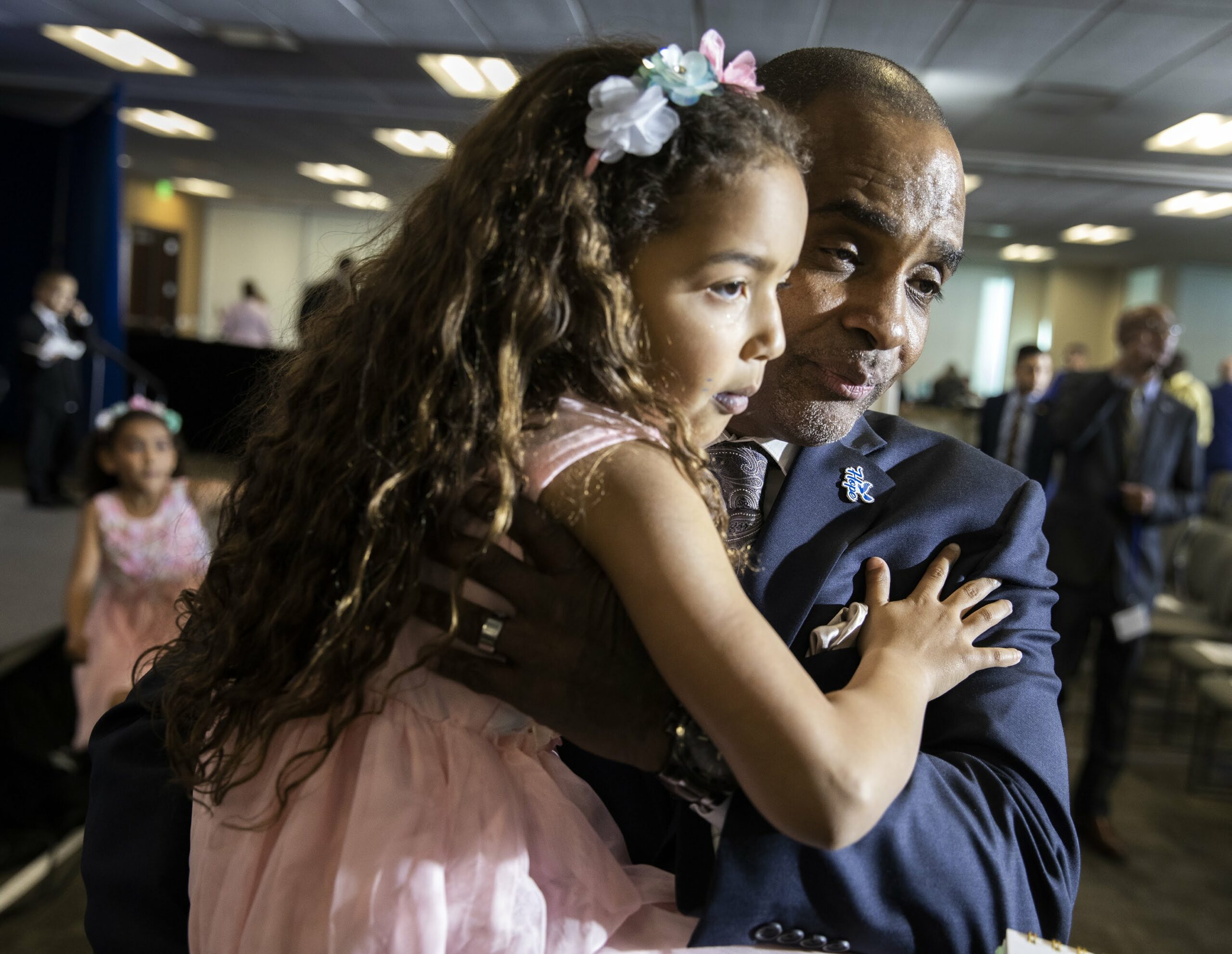 The Nevada Board of Pardons granted a partial pardon on Wednesday to Jon Ponder, who leads the post-prison re-entry organization Hope for Prisoners and hosted President Donald Trump at a program graduation event less than two weeks ago.

The state-level pardon, which addresses the repercussions of a handful of domestic violence incidents from 1994 to 2001, restores rights lost as a result of convictions but not Ponder’s right to bear arms. Gov. Steve Sisolak, a board member who began his speech by saying he didn’t want Ponder treated differently because of his “celebrity,” conditioned the pardon because “all domestic violence cases are major to me.”

“If the rest of the board wants to go ahead and approve the Second Amendment — I cannot support that,” Sisolak said. “I just feel very, very strongly about this.”

Ponder’s lawyer, Kristina Wildeveld, had argued for a full pardon in part because it would allow Ponder’s wife to own a gun at her home if she wanted to. She also noted that two of Ponder’s brothers, who were the victims in some of the cases, testified in his favor.

Ponder gave an at-times tearful testimony to the board about how he was “atrociously addicted to everything known to man” and that it was “humiliating and embarrassing” to revisit his past actions. He said he has been clean and sober for 16 years.

“I want to first let Gov. Sisolak know that I heard him loud and clear. When he says that he hates domestic violence and it should not be tolerated, I feel the absolute same,” he said. “My actions actually break my heart, every morning when I look at my daughters and just to think that they would be subjected to that.”

Ponder’s wife of 10 years and brothers testified that he has turned his life around, and Clark County District Attorney Steve Wolfson submitted a letter of support. Wolfson and Ponder have collaborated on a new “pre-entry” program in which participants plead guilty to charges but enroll in wraparound services as a condition of their probation instead of going to prison.

Ponder’s organization, which offers mentorship and life skills training and partners with a long list of businesses and community organizations for jobs and job training, has gained national attention and hosted high-ranking elected officials. On Feb. 20, Trump delivered a speech at a Hope for Prisoners graduation ceremony and hinted at a pardon for Ponder, who in addition to the state-level convictions also served time in federal prison.

Presidents have the authority to issue pardons for federal offenses, such as the robberies Ponder pleaded guilty to in 2005.

“We are giving him absolute consideration and I have a feeling he is going to get the full pardon,” Trump said.

After the speech, Ponder said he was surprised by the president’s comment.

“It feels very surreal because I had never really thought about getting a presidential pardon,” he said. “I have no words.”