Titus bows out of U.S. Senate race, announces she will run for re-election in 1st Congressional District 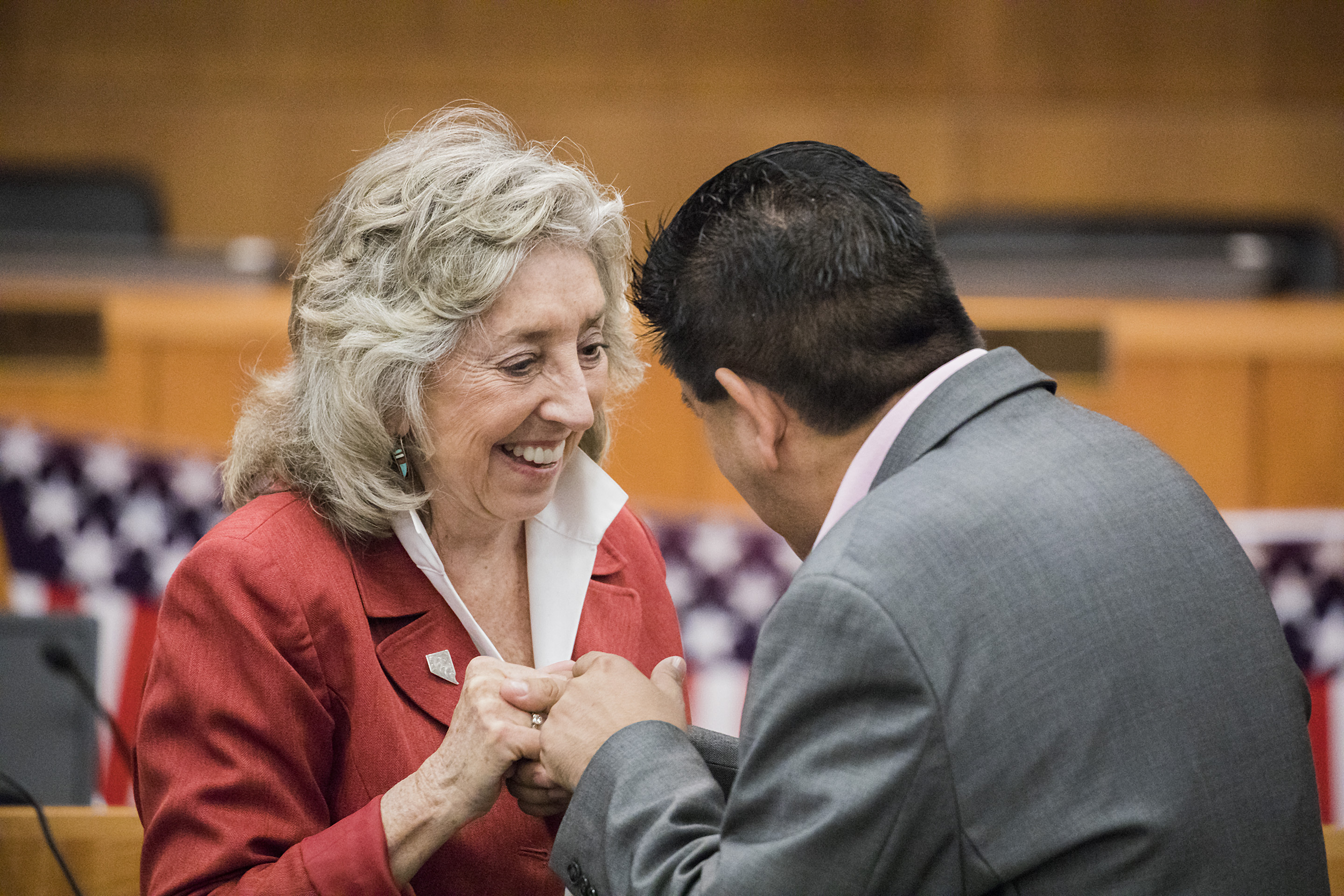 Democratic Rep. Dina Titus announced today that she will not run for U.S. Senate in 2018, instead running for a fourth term in her congressional seat, clearing the field of major obstacles for her colleague, Rep. Jacky Rosen, in the Democratic primary.

Titus publicly mulled jumping into the race to challenge incumbent Republican Sen. Dean Heller for most of the summer and early fall, releasing a poll showing her competitive with Heller in July and saying she was undeterred over Rosen’s candidacy. But she ultimately decided to pass on challenging Rosen in what will likely be one of the most competitive U.S. Senate races of 2018 in favor of running for reelection in her safe congressional seat, which has a staunch majority of registered Democratic voters.

“After careful consideration, I have decided that I can better serve the people of Nevada as Dean of the House delegation than as a freshman senator, so I will be running for re-election in District 1,” Titus said in a statement to political journalist Steve Sebelius. “I thank all of you who have encouraged and advised me in this effort and humbly ask for your continued support in November 2018.”

Rosen, who announced her bid in early July after being encouraged by various Democratic power brokers including former Sen. Harry Reid, quickly consolidated support and endorsements from established sources including the rest of the state’s Democratic congressional delegation, the Democratic Senatorial Campaign Committee, NARAL and EMILY’s List.

"Congresswoman Titus​ is a strong voice fighting for Nevada in the House and a ​champion for​ our​ veterans, immigrants and working families," Rosen said in a statement.​ "​I'm proud to serve alongside ​her and look forward to continuing to work with her.​"

The longtime Democrat had publicly mulled her options in an interview with Nevada Newsmakers in July, saying she was split between staying in her seat and building seniority versus the public spotlight and pressure that would come with running a higher-profile race.

“Can I be of great service staying in the (U.S.) House on these committees and building up some more seniority or am I better served in the Senate, being the freshman at the end of the line,” she said at the time. “So those are the kind of things I’ve got to give good thought to.”

Though Rosen is the only candidate with experience in office, other Democratic candidates who have tossed their hats into the ring include Jesse Sbaih, Jay Gregory Craddock and Sujeet Bobby Narendra Mahendra. On the Republican side, businessman Danny Tarkanian is challenging Republican Sen. Dean Heller in what is expected to be a heated, contentious primary.