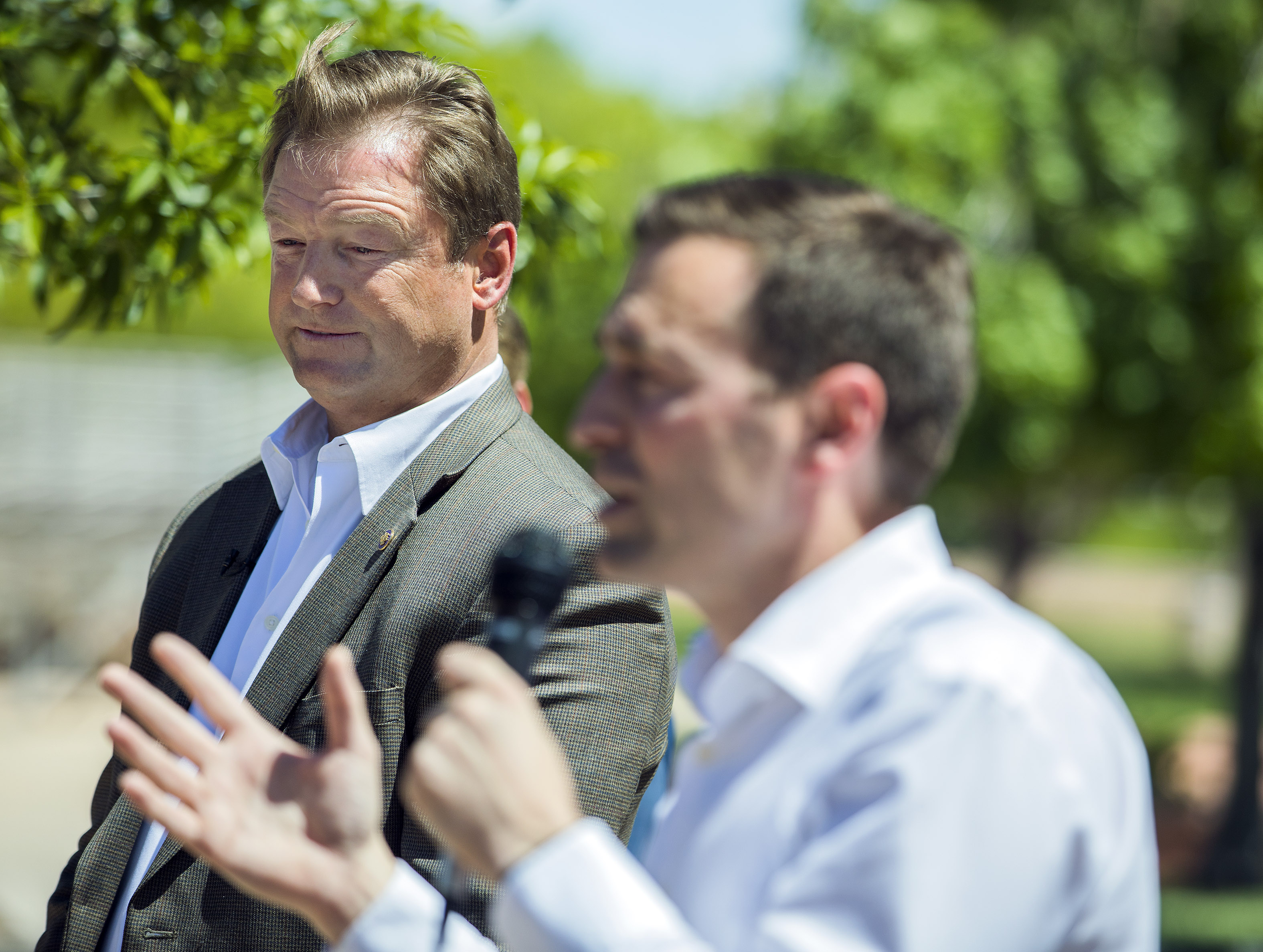 Antinoro, who’s the subject of a sexual harassment lawsuit, decided against attending when the event ballooned into one featuring statewide candidates as opposed to just local people seeking office, Greninger said.

Greninger said everything else will continue as planned.

The top Nevada Republicans running in statewide races will all convene for a barbecue in the Virginia City area this weekend, along with a Storey County sheriff who is facing a sexual harassment lawsuit and has been listed as the emcee of the event.

“This gives a chance for the Storey County — which is a rural county — to get to know the candidates and make their decisions,” she said.

Greninger said she’s aware that accusations of sexual misconduct were made against Storey County Sheriff Gerald Antinoro and acknowledged that it has cast a “dark cloud” over the county, but she said that he’s trusted by people who know him, that he was there for her when her husband recently passed away and that he’s a good sheriff. She also says she has met and has nothing against Antinoro’s opponent in the sheriff’s race, Mike Cullen.

In his own deposition, Antinoro admitted to telling sexually explicit details of his prior relationships to his former chief deputy, including paying his ex-wife to have sex with other men while he watched and taking an ex-girlfriend to a swingers club in Las Vegas.

Antinoro has endorsed both Laxalt and Duncan. Democrats have pummelled the two for not commenting on the sexual abuse and harassment claims against Antinoro, and the Democratic-aligned Super PAC American Bridge has published digital ads tying the two candidates to the sheriff.

Duncan’s campaign deleted a tweeted picture showing he and Antinoro meeting in April.

In a Republican gubernatorial candidate forum aired Tuesday night on KLAS, the CBS affiliate in Las Vegas, Laxalt declined to “renounce” or otherwise criticize Antinoro, saying that his office had received complaints about Antinoro and that he didn’t want to weigh in on the case — which he characterized as a “political battering ram” — before the investigation concluded.

“I’m not going to do or say anything until that investigation is complete,” he said. “I think if I were to come out and unendorse or endorse at this stage of the game it would predict or pre-judge the investigation.”

Laxalt had originally listed the stop on a list of 28 campaign stops he planned to make ahead of the state’s June 12 primary election, but the event has been deleted from the list of events on his EventBrite page. Campaign spokesman Andy Matthews said that’s because Laxalt isn’t a host and didn’t want to market the barbecue as his own.

Matthews also said that because Laxalt’s not hosting, he doesn’t know for sure who is attending.