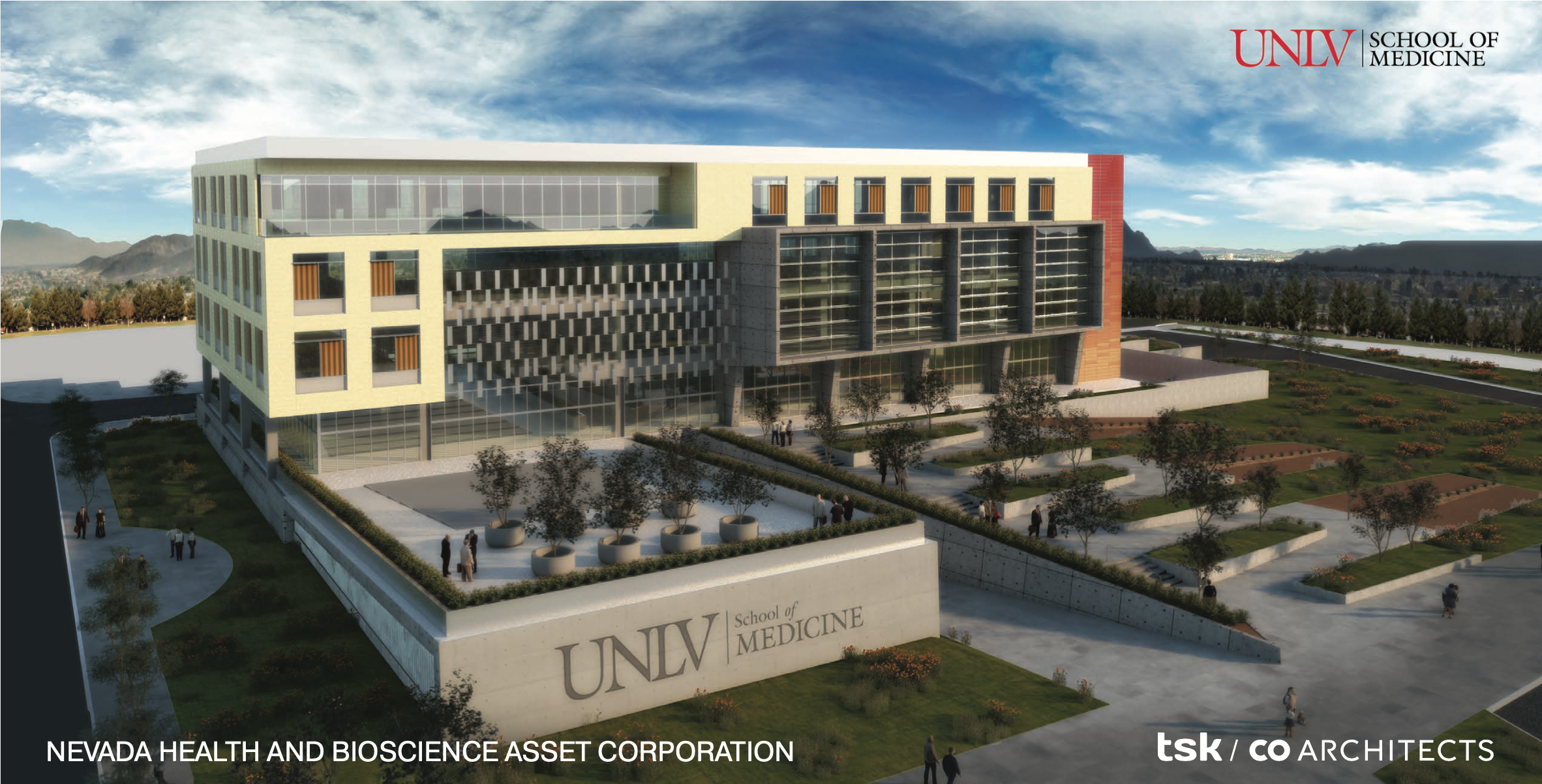 Even after Gov. Steve Sisolak and the Legislature moved to eliminate $25 million in funds meant to kickstart construction of a long-planned building for the UNLV School of Medicine, the company overseeing its construction says groundbreaking could happen at least two months ahead of its February 2021 deadline.

Maureen Schafer, CEO of the Nevada Health and Bioscience Asset Corporation (NHBAC), told The Nevada Independent Tuesday that the company has been working with legislative leaders and the governor to find new avenues for securing the now-missing $25 million, which was eliminated as part of a broader sweep of state budget cuts meant to patch a $1.2 billion shortfall for the next fiscal year.

“We were very proud for the governor to step up in November of last year, and to enable this, to enable and to reassert that donors and the state and public, Southern Nevada public infrastructure development needs to become the common practice,” Schafer said. “And so in our conversations with the governor recently, we reaffirmed this notion, and he agreed with us. So notwithstanding a global pandemic and economic disaster, we agreed we needed to get that back on as quickly as possible and find a remedy.”

Though the exact solution for the funding issue remains unclear, Schafer said she is confident a determination by state leaders will be made within the next six months.

Spokespeople for the governor’s office and for Assembly Speaker Jason Frierson did not return requests for comment regarding either the timeline for replacement funding or a possible source of those funds.

Schafer also said the idea that wealthy donors already backing the project could “backfill” the lost funds “is not the case,” and that the state appropriation was “hard cash that was committed to funding the cost of the building project that we will need to find.”

Also the former chief of staff for the medical school, Schafer and other proponents of the project have long held that a permanent building for the fledgling medical school was a necessity in a city where health infrastructure has in some ways fallen by the wayside.

Years of stops-and-starts on the project led up to November 2019, when Sisolak announced that $155 million in private funds had been secured to finally spur development. Also announced was the formation of a private development company, NHBAC, tasked with stewarding the money and overseeing the construction process rather than administrators at UNLV.

At the time, Sisolak called it a “turning point” for the creation of a “culture of philanthropy” that would encourage other wealthy donors to fund similar infrastructure projects.

Amid an unprecedented hit to state revenues triggered by coronavirus shutdowns, many of the capital construction projects planned by the state’s seven colleges and universities were put on hold or canceled outright. Those canceled plans include another UNLV project — a multi-million dollar advanced engineering building — which was allocated $20 million by the Legislature in 2019 and for which designs had already been completed.

The higher education system has seen sweeping reductions to its budget in the wake of the coronavirus shutdowns, including $135 million in cuts for fiscal year 2021 alone. Regents are expected to discuss those additional cuts, as well as plans for limited reopenings of the state’s college campuses, at an upcoming special meeting on Thursday.