Bipartisan opposition to Question 3 mounts, with more Republicans against 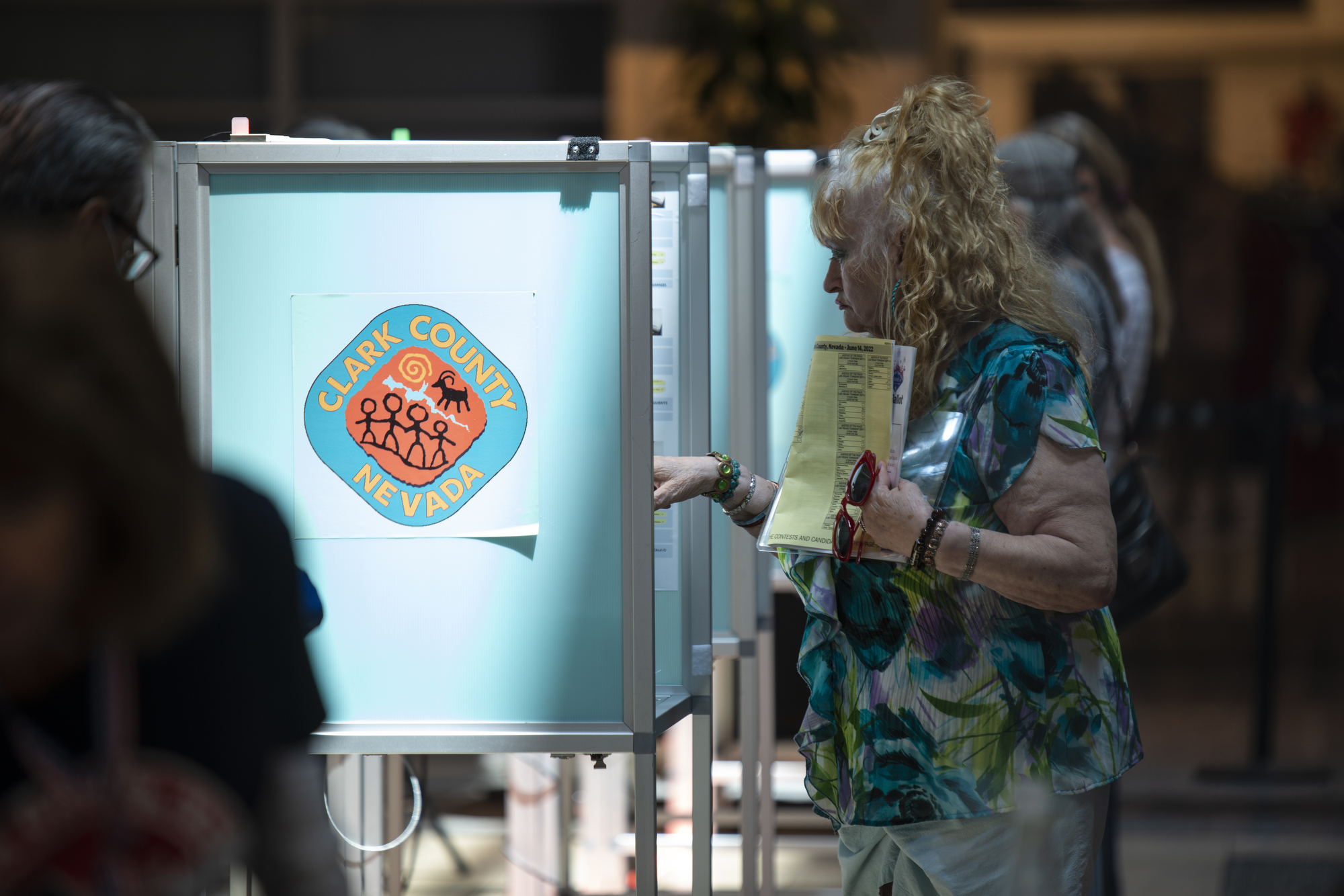 Their overwhelming opposition — just 16 percent of Republican likely voters expressed support for the initiative — marks a growing trend of bipartisan disapproval of the major election changes proposed by Question 3 on this year’s general election ballot. It reverses a position of stronger support recorded among Nevada voters as recently as 10 weeks ago. (To learn more about Question 3, including how it works and arguments in favor of and against the initiative, click here.)

Meanwhile, opposition to Question 3 has grown stronger among prominent Nevada politicians and candidates for major offices. In May, top Nevada Democrats, including Gov. Steve Sisolak and U.S. Sens. Catherine Cortez Masto and Jacky Rosen, sharply criticized the initiative, arguing that it would be too onerous for voters and create complications in the election process.

In statements to The Nevada Independent, top Republicans, including Rep. Mark Amodei, similarly panned the initiative, though their opposition largely centered around a portion that proposed moving Nevada from a closed primary system, in which only registered voters of the same political party can participate in a primary, to an open primary system that would allow registered voters to cast a ballot for any candidate regardless of party affiliation.

“The method of voting proposed by Ballot Question 3, if passed, would undermine our established and proven primary election system, effectively making candidates run in two general elections every election cycle,” Amodei said. “[T]his initiative has the potential to open the ballot to negative influence from opposing political parties meddling in each other's electoral process.”

Mark Robertson, the Republican candidate for Congressional District 1, also said he would vote no on Question 3, specifically arguing against open primary elections. The Republican nominees for lieutenant governor, attorney general and secretary of state are also against Question 3, they disclosed in statements to The Nevada Independent.

Their arguments were echoed on Saturday during a debate on the merits of open primaries and ranked-choice voting, which occurred as a part of IndyFest, the policy- and politics-focused conference hosted by The Nevada Independent.

Democrat-aligned attorney Bradley Schrager, who represented a Democratic voter who filed an unsuccessful lawsuit seeking to disqualify the initiative, characterized the initiative as an “an attack on political parties,” noting that roughly two-thirds of Nevada voters are registered with a major political party and arguing that the system would hurt minor party candidates.

“My own particular view is — this is going to destroy minor parties and independent groups. There's simply no way that those groups as currently constituted are going to be able to play in the money game that is politics and elections,” he said.

Still, polling on the ballot question does not indicate it will be easily defeated, and many voters remain undecided. The July poll found that nearly a third of voters were unsure of whether they would support or oppose the initiative, and in the September poll, the uncertainty figure had only dropped to 20 percent.

With a large portion of undecided voters who could determine the success or failure of Question 3, the initiative’s backers are spending millions of dollars to overcome opposition from the slew of top Democratic and Republican candidates.

From late September through Election Day, Nevada Voters First, the in-state political action committee supporting the ballot initiative, is spending more than $7 million on advertising in support of Question 3, according to the political ad tracking firm AdImpact.

Todd Bice, an attorney and president of Nevada Voters First, argued during the Saturday debate that the initiative would make Nevada elections more inclusionary by opening up primary elections to more than 600,000 registered voters (more than a third of the state’s electorate) who are not affiliated with a major party, while ranked-choice voting “maximizes the opportunity for the voters to express their preferences.”

“By excluding some 600,000 registered voters in this state, you end up with a system where this small, tiny portion of the electorate, which tends to be the most partisan, who participate in the partisan primaries, end up choosing the candidate,” Bice said. “Then the two major parties give the electorate a take it or leave it choice.”

But Schrager highlighted several popular arguments against the initiative, noting that Question 3 proposes a constitutional change (meaning it would have to be approved by a majority of voters in 2022 and 2024) that would make it “very difficult for anyone to back out of it,” if there are issues with the new system.

He also described the initiative as a “particular project of extremely wealthy people, who ain't from around here, who are importing it into Nevada.” The Institute for Political Innovation, a national group supporting the Nevada proposal, was founded by Katherine Gehl, a wealthy Chicago-based philanthropist who previously oversaw a food manufacturing company. Gehl and her associated Final Five Fund have contributed roughly $1.5 million in support of the Nevada initiative.

As of the end of June, Nevada Voters First has also received significant support from in-state groups, including $250,000 from the Nevada Association of Realtors, $25,000 from Station Casinos and $20,000 from Wynn Resorts.

“As I've always understood it, politics is the clash of interests to produce policy results, right? That's not going to change,” Schrager said. “It's certainly not going to change because you have open primaries, or rank-choice voting. That is the nature of political conflict. That's going to continue. If there's three Democrats and two Republicans, they're all going to be acting as aggressively and pushing forward with their platforms, as they do now.”

To learn more about where the candidates for federal and major statewide offices stand on Question 3, click here.