Coronavirus Contextualized, 39th edition: Cases, hospitalizations continue to decrease though still double what they were in September 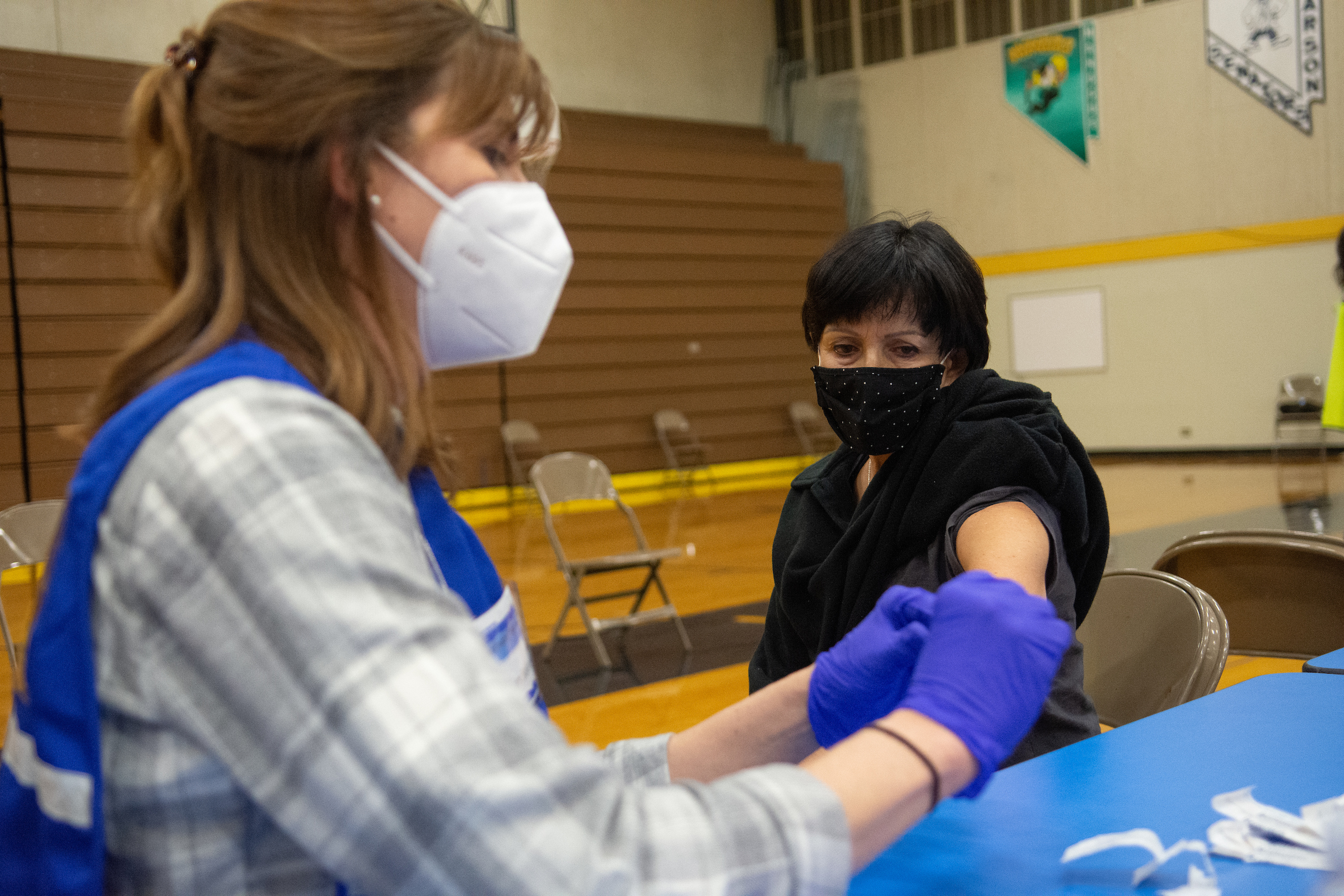 Welcome to the 39th installment of “Coronavirus Contextualized,” a recurring feature in which we explore some of the numbers swirling around in the time of coronavirus.

Below, we take a look at the latest COVID-19 trends as the number of new reported cases each day as Gov. Steve Sisolak on Thursday announced a new reopening plan that gradually loosens restrictions over the next two and a half months, at which point local jurisdictions will be responsible for putting in place their own COVID-19 health and safety measures.

The good news continued for Nevadans this week: As of Thursday, an average of 677 cases were reported each day over the last seven days, down from 950 last week.

At the peak of the surge this fall, the seven-day average was 2,736, on Dec. 10. The low point before cases started to increase in mid-September was 267. That means that while cases are significantly down from the peak, they’re still more than double what they were before the surge.

Since the beginning of the pandemic in March, there have been 286,533 COVID-19 cases reported statewide. About a tenth of those cases, 36,039, have been diagnosed in the last month, and a little less than 2 percent, or 4,742 cases, have been reported in the last week.

One in 11 Nevadans has tested positive for the virus since the beginning of the pandemic. Nevada ranks 16th in the nation for COVID-19 cases per capita, the same as last week.

At the same time, Nevada’s test positivity rate — which looks at the percentage of tests or people coming back positive out of the total tested — remains high, though it continues to decrease day over day. As usual, we’ll look at two different methods of calculating test positivity below, using both individual people and a metric known as testing encounters.

Starting with the number of new reported people who tested positive for COVID-19 out of the total number of new reported people tested each day, the state’s seven-day average test positivity rate was about 22.4 percent as of Thursday, down from a recent high of 45.9 percent on Dec. 13 but still significantly higher than the recent low point before the surge this fall, 9.2 percent on Sept. 17.

It is not possible to independently calculate the test positivity rate based on test encounters because the state only reports the number of positive cases, not the number of positive test encounters. However, the state does provide this number, calculated as an average over a 14-day period with a seven-day lag. As of Wednesday, that number was 14.3 percent, down from a high of 21.7 percent on Jan. 13. In September, before cases started to increase, the test positivity rate was 6.1 percent.

Whichever calculation you use to look at test positivity, the trends are generally the same. Test positivity had been increasing fairly steadily from September through mid-January and is now decreasing.

Since the beginning of the pandemic, about 1.4 million people — about one in 2.3 Nevadans — have been tested for COVID-19, and there have been nearly 2.6 million individual testing encounters.

Since vaccinations started in December, 379,077 doses of the COVID-19 vaccine have been administered in Nevada, according to the Centers for Disease Control and Prevention. That includes 299,502 first doses and 77,555 second doses.

That means that just a little bit less than 10 percent of Nevadans have been either fully or partially vaccinated. In total, Nevada has been distributed 533,800 doses of the vaccine by the federal government.

Nevada has administered the 10th fewest doses per capita of any state — though Nevada ranks 19th for most doses administered as a percentage of doses received, at 71.0 percent, down from 11th last week.

For more on these numbers, check out this explainer published by The Nevada Independent last week.

Nevada is still seeing a high number of new deaths reported each day, though the numbers are down from the peak in January.

Pershing County has the number of deaths per capita in Nevada, with 28 deaths per 10,000 residents, followed by Carson City and Churchill County, each at 20, and Nye County at 19.

Nevada ranks 21st in the nation for deaths per capita, the same as last week.

COVID-19 hospitalizations in Nevada continue to decrease, though they continue to remain at high levels.

There were 879 people hospitalized with COVID-19 as of Wednesday, the last day for which data is available, down from 1,121 last week. The record, 2,025 hospitalizations, was set on Dec. 13. The low point in September was 417.

Nevada now has the sixth highest number of people hospitalized with COVID-19 per capita at 29.9 per 100,000, behind New York, Arizona, Georgia, Texas and New Jersey.

Nevada hospitals are currently staffing 7,044 beds, more than the 6,660 they are normally licensed to operate, to keep up with the demand. As of Wednesday, 75 percent of staffed hospital beds and 66 percent of ICU beds were occupied. Those numbers were 79 percent and 72 percent, respectively, in Southern Nevada and 70 percent and 53 percent in Northern Nevada.

Ten of the state’s 17 counties are considered at elevated risk for the spread of COVID-19 according to state criteria as of Thursday. Those counties not considered at risk are Storey, Churchill, Humboldt, Lander, Eureka, White Pine and Lincoln.

Mineral County continues to have the highest case rate in the state at 1,579 cases per 100,000 residents in the last 30 days. Clark County comes in second at 1,068 and Pershing County comes in third at 704.