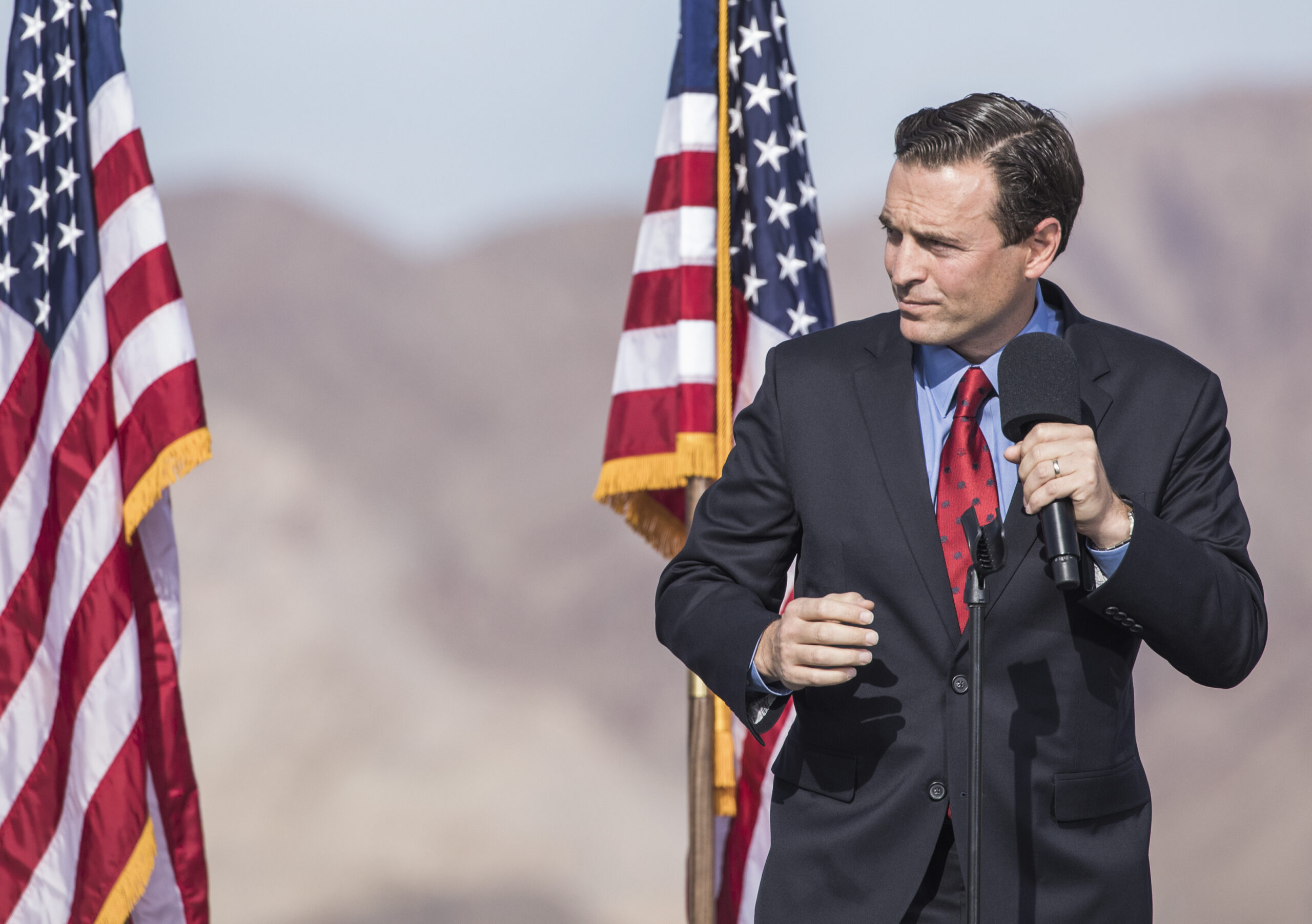 Republican Senate candidate Adam Laxalt raised more than $1.35 million from October to December of last year, a sum large enough to keep his bid at the top of the money race in a two-person primary for the Senate seat now occupied by Democratic Sen. Catherine Cortez Masto.

But the number also marks a slight dip from the $1.4 million Laxalt raised in the third quarter, making Laxalt the only one of the three major Senate candidates to raise less money in the fourth quarter than they did in the third.

Laxalt’s topline is also less than half that of Cortez Masto, who for the second quarter in a row raised more than both her Republican challengers combined — $3.3 million to their $2.4 million.

Laxalt’s fundraising was first reported Thursday morning by Fox News. The campaign did not share cash on hand figures with Fox, and a campaign spokesperson did not immediately respond to a request for those figures from The Nevada Independent.

Republican challenger Sam Brown reported Tuesday that he had raised more than $1.05 million in the last quarter of 2021 — marking two quarters in a row with more than $1 million raised and further cementing what was once a longshot primary bid into what may be a serious challenge against the presumptive Republican general election candidate, Laxalt.

A former attorney general and one-time candidate for governor, Laxalt entered the race with the backing of major Republican figures in the orbit of former President Donald Trump — including Trump himself.

Laxalt was a key booster for Trump in Nevada and co-chaired his state campaign during the 2020 election. He was later at the center of efforts to challenge — without evidence — the legitimacy of the election results.

The race for Cortez Masto’s seat in the Senate comes at a critical time for Democrats nationwide, as a razor-thin majority in Congress will likely be tested by an economic, social and political environment that has so far benefited Republicans.

With months to go before the June primary election and nearly a full year before the general, public polling of the Senate race has remained scarce. Still, hypothetical head-to-heads between Cortez Masto and Laxalt show a tight race hovering at or around the margin of error.

Correction: Jan. 20, 2022. A previous version of this article misstated the result of the Trafalgar Group poll as 44.1-40.9 in favor of Catherine Cortez Masto. The poll actually found Adam Laxalt leading by the same margin.