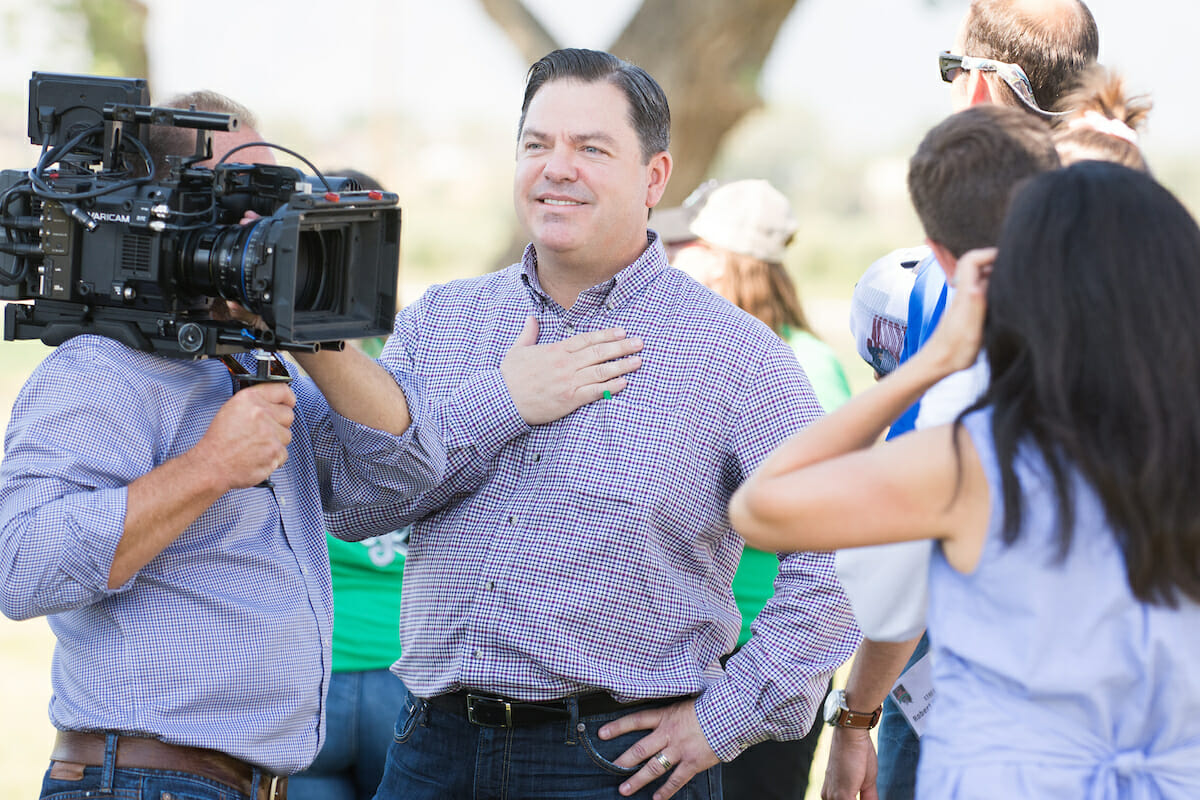 The proposed constitutional amendment, filed with the secretary of state’s office today, would prohibit the Legislature, county commissions and city councils from enacting legislation or adopting policies that prohibit, limit or discourage cooperation with federal immigration laws. The measure needs 112,544 valid signatures to qualify for the ballot and would need to be twice passed by voters, once in 2018 and again in 2020, to amend the Constitution.

Roberson, who chairs the political action committee advocating for the amendment, expressed repeated and intense opposition to Democrat-supported proposals during the 2017 legislative session to limit the role of state and local law enforcement in federal immigration activities. He called a bill that would have barred state and local law enforcement from participating in federal immigration activities without a warrant “the most recklessly irresponsible piece of legislation” he had witnessed in his time serving in the Legislature, deeming it a “Sanctuary State” bill.

Cancela worked with law enforcement to try to reach a consensus that would allow members of the immigrant community to feel more at ease with law enforcement while still allowing police the freedom to do their jobs, but they eventually reached an impasse. Law enforcement agencies worried that passing any sort of legislation that could be viewed as a “sanctuary” policy could put them at risk of losing their federal funding.

Roberson, in a statement on Monday, called the legislation “dangerous” and said it “would have led to violent criminals being released back onto our streets instead of being removed from our country.” He also lamented the fact that Clark County Commissioner Chris Giunchigliani, whom he referred to as the “likely” Democratic gubernatorial nominee, recently said she would have signed the legislation into law had she been presented it as governor.

“Without safeguards and protections in place, we are one election away from Nevada becoming a Sanctuary State,” Roberson said in a statement tweeted by Las Vegas Review-Journal columnist Victor Joecks on Monday. “That is why we are filing this constitutional amendment. Nevada voters will be able to ensure that when our law enforcement arrests a dangerous criminal alien they are able to cooperate with federal authorities to keep our communities safe.”

Earlier this year, Giunchigliani said on Facebook that she planned to introduce a resolution to make Clark County into a sanctuary county, something she never ended up doing when she saw the county was already on several lists of sanctuary jurisdictions. In response, Roberson introduced legislation that would have allowed the state to take away funds from jurisdictions that don’t cooperate with federal immigration authorities. (The bill never received a hearing.)

Asked who is financially supporting the initiative, a spokesman for Roberson said in a statement that the senator “only provides commentary to reputable news outlets” and “does not consider the Nevada Independent as such.”

Cancela, in a statement Monday night, called the ballot proposal a "pathetic and divisive political stunt," saying it was "designed" by Roberson to "pander to Republican primary voters" and "stoke anti-immigrant fear."

"No one wants dangerous criminals on our streets, and suggesting otherwise is ridiculous and misleading," Cancela said. "I'm going to focus on working with legislators and local law enforcement to find solutions that keep families together and keep our communities safe."

Republican Gov. Brian Sandoval expressed skepticism about the sanctuary city ballot question in August, saying that he had spoken with Attorney General Jeff Sessions in April and he didn’t think Nevada had any problems to worry about. He said that he would reserve judgment until he could see the ballot language itself.

“I’m not aware of there being any issues in this state associated with sanctuary cities,” he said at the time. “And so I don’t know if the ballot question is needed.”

A spokeswoman for the governor did not immediately respond to questions about whether the governor had read the language on Monday and whether his opinion had changed.