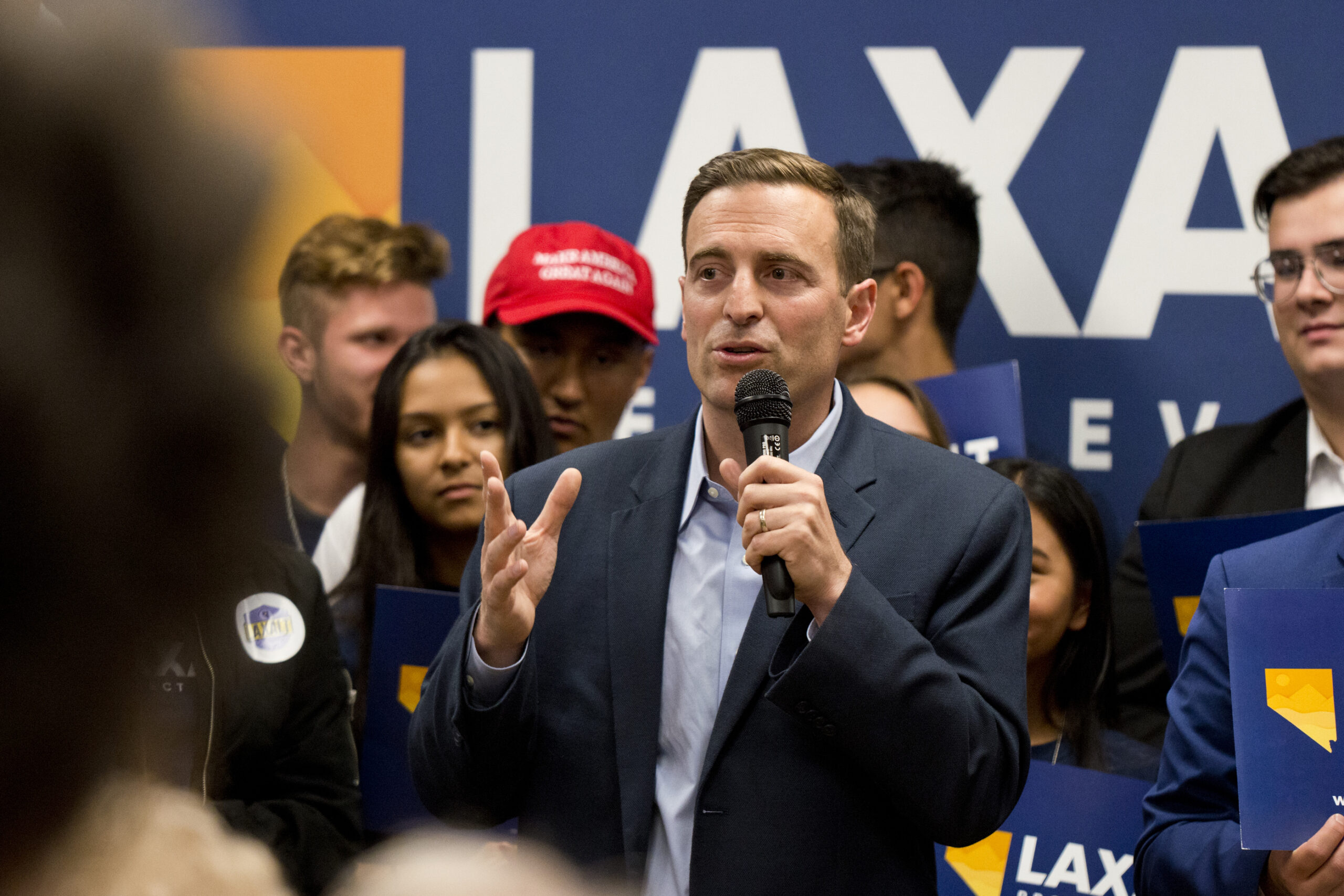 As co-chair of President Donald Trump’s 2020 campaign in Nevada, Adam Laxalt was no stranger to the public spotlight.

But beyond the former attorney general’s much-publicized and ultimately unsuccessful efforts to overturn the results of Nevada’s 2020 election, Laxalt remained busy between his 2018 gubernatorial loss and his August 2021 candidate filing for the state’s 2022 U.S. Senate race, where he is the presumed Republican Party frontrunner to challenge incumbent Sen. Catherine Cortez Masto (D-NV).

Publicly, Laxalt during that time took on two prominent roles — partner at the well-known law firm Cooper & Kirk, PLLC and outside counsel for Americans for Public Trust, a right-of-center watchdog group that has challenged and filed ethics complaints against Democratic candidates and elected officials.

His personal financial disclosure filed on Monday shines more light on how Laxalt moved to a lucrative private practice after his defeat in 2018, representing a broad range of clients while getting publicly involved in cases challenging stay-at-home orders and election processes.

Most notably, the disclosure gives a fuller view of Laxalt’s work for Cooper & Kirk — a prominent litigation firm founded by appellate attorney Charles J. Cooper, with alumni of the firm including U.S. Senators Ted Cruz (R-TX) and Tom Cotton (R-AR). Laxalt announced that he would join the firm as a partner in March 2019, saying he would be based in Reno but maintain offices in Las Vegas and Washington D.C..

According to his financial disclosure, Laxalt reported income of $2.2 million through the law firm as a “partnership distribution,” a direct payment from a partnership to an individual partner, with the payout taxed once it reaches the individual’s hands. As attorney general, Laxalt brought in a salary of $141,000.

Laxalt’s disclosure form indicates that his assets — largely retirement and brokerage accounts — are worth between $900,000 and $3.2 million (the range is based on minimum and maximum values of assets reported on the financial disclosure form, which are reported as a range and not as exact dollar amounts).

Laxalt has taken a public role in at least two cases brought by Cooper & Kirk. The first was his work as an attorney representing plaintiffs in a case challenging Wisconsin’s capacity limits on religious gatherings and public protests during the early days of the COVID-19 pandemic. The former attorney general was listed as a co-counsel on the case, and provided a statement on the case to media outlets.

“If beer is essential, so are church & protesting!” Laxalt tweeted in May 2020.

The Wisconsin Supreme Court ruled in favor of the plaintiffs, striking down several of Wisconsin Gov. Tony Evers’ state of emergency declarations related to the pandemic.

Through Cooper & Kirk, Laxalt also filed a lawsuit in December 2020 against Nevada Secretary of State Barbara Cegavske, a Republican, for allegedly failing to keep noncitizens off the state’s list of registered voters. The suit was eventually dropped by the plaintiffs in May 2021.

Though his profile is no longer listed on Cooper & Kirk’s website, a spokesman for the firm confirmed in November that Laxalt is still a partner with the firm. Laxalt’s financial disclosure form also states that he is employed by the firm.

Through his financial disclosure, Laxalt also reported receiving income from 10 additional sources beyond Cooper & Kirk for providing “legal services.” His campaign did not respond to a request for comment as to whether those sources of income were related to his employment with the law firm.

Notably, Laxalt listed the Coalition to Stop Internet Gambling as one of his sources of income.

The lobbying group, which was founded and funded by the late casino magnate Sheldon Adelson, strongly opposes the expansion of online gambling — including staunch support for the U.S. Department of Justice’s 2019 memorandum on the federal Wire Act that put the future of the online gambling industry in limbo.

Adelson was a major donor to Laxalt, who as attorney general in 2015 said he would sign on to a letter circulating among other state attorneys general in support of federal legislation to outright ban online gaming.

On Monday, Dec. 20, a spokesperson for the Coalition to Stop Internet Gambling said that Laxalt performed legal services for the organization.

Laxalt also reported the following additional sources of income above $5,000, the reporting level required in the disclosure report:

Laxalt also reported receiving income from Americans for Public Trust, a politically oriented 501(c)(3) nonprofit formed in early 2020 that has made headlines for launching investigations and filing complaints primarily against the Biden administration and Democratic members of Congress.

Laxalt has been quoted publicly in news articles as the group’s outside legal counsel, including filing a complaint with the Office of Congressional Ethics in May 2020 against Rep. Steven Horsford (D-NV) for potentially violating campaign finance law during his extramarital affair. As of December, the office has not released any referral or report on the complaint.

Americans for Public Trust filed ethics complaints against three Democratic members of the House Judiciary Committee in February, and the nonprofit also helped launch an ad campaign that month “highlighting the dark money influence on the Biden Administration.” Laxalt also penned an op-ed on behalf of the group in The Washington Times, calling Biden a “dark money puppet.”

However, neither Laxalt nor Cooper & Kirk are representing Americans for Public Trust in their lawsuit seeking public records between the Centers for Disease Control and Prevention and national teacher unions.

Laxalt is also listed as a member of the board of directors for the American Conservative Union Foundation, according to the group’s most recent tax filing with the IRS. He is one of 16 listed board members, and did not receive compensation for his role with the organization.

The ACU Foundation operates as the charitable arm of the organization, which is perhaps best known for organizing the annual Conservative Policy Action Conference, or CPAC.

Laxalt and ACU Chairman Matt Schlapp have deep ties — Laxalt’s annual Basque Fry event was dubbed “CPAC West” in 2019, but was canceled during the COVID-19 pandemic. Schlapp has spoken at several past Basque Fry events, appeared with Laxalt at press conferences announcing legal challenges to the state’s 2020 election results, and endorsed Laxalt for his U.S. Senate bid shortly after his announcement.

The disclosure also notes Laxalt’s involvement in several charity organizations in the Reno area, including an advisory board member for the UNR Center for Basque Studies and a board member at Catholic Charities of Northern Nevada from August 2019 to September 2021. He is also listed as an officer of Morning in Nevada PAC, the former attorney general’s state-based political action committee that hosts the annual Basque Fry event.

Laxalt’s most prominent primary opponent, Sam Brown, filed his financial disclosure report in September, reporting income of $224,000 through a health care services company based in Reno.