Kihuen: Will he or won't he? 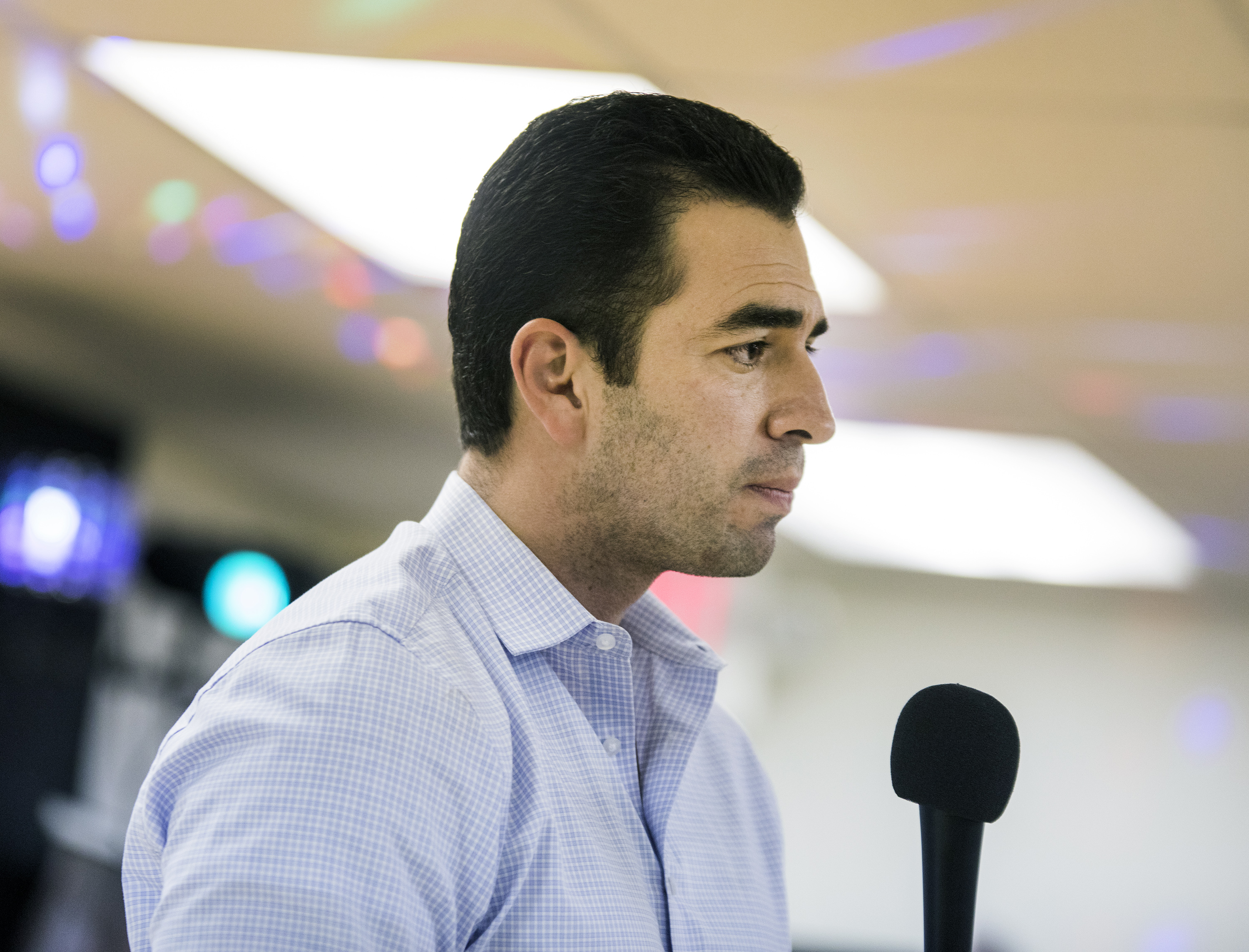 With a close-of-business Friday deadline looming, Rep. Ruben Kihuen said he is still undecided about whether he will seek re-election.

“I haven’t made up my mind,” he said with a shrug Thursday afternoon in between House votes.

Kihuen said he’s been encouraged by the calls to run that he has received from constituents and neighbors, but he said he remains focused on serving his district—a line he has given repeatedly in recent weeks when asked about his future plans.

He said he would be returning home following House votes, as soon as Thursday evening, which would give him time to file on Friday if he decides to run.

Kihuen said he would not seek re-election in December after being accused of sexual harassment.

He’s alleged to have made unwanted advances to a lobbyist while a member of the Legislature, as well as to a woman who works at a Washington, D.C. firm that did business with his campaign.

Kihuen has said the allegations are false. The House Ethics Committee is investigating him, and the congressman has said the probe will clear his name.

His decision to reconsider running in 2018 caught many of his House colleagues off guard.

Some, including New York Rep. Joe Crowley, who is chairman of the House Democratic Caucus, said they already have talked with Democrat Steven Horsford about replacing Kihuen.

Horsford—who announced in January that he would run for Kihuen’s seat, which he once held—has also approached other members of Congress, according California Democratic Rep. Pete Aguilar, who is the whip for the Congressional Hispanic Caucus.

House Minority Leader Nancy Pelosi declined to weigh in on Kihuen’s possible return despite the fact that she called for his resignation after he was first accused of sexual harassment.

“Let’s see what he decides to do,” Pelosi said last week when asked about the matter at her weekly press conference. “I don’t want to speculate on something that may or may not happen.”

Also in Nevada, his decision was not received with universal support.

Taylor, who heads the politically powerful Culinary Union’s parent union, was incredulous when asked about Kihuen’s comeback last week despite the organization’s 2016 support for him.

“I can’t imagine how he would even think about running again,” Taylor said, adding Kihuen had approached union leaders about reconsidering his retirement. “He’s under an ethics investigation…one of our top priorities in our contracts is sexual harassment. I find it unimaginable why this guy would think he could run.”

Reached Thursday, Rep. Jacky Rosen said, “As I’ve said clearly since these harassment allegations against Congressman Kihuen first came up, I believe the women who came forward, and it's still my view that he should step aside."

"I haven't said anything about Ruben's situation because, quite frankly, it's Ruben's situation to deal with as he pleases," Amodei said. "It's like hey, it's America. If you've got $300 bucks in Nevada, you can run."