Pelosi, who once called for Kihuen to resign, now is mum on his possible run 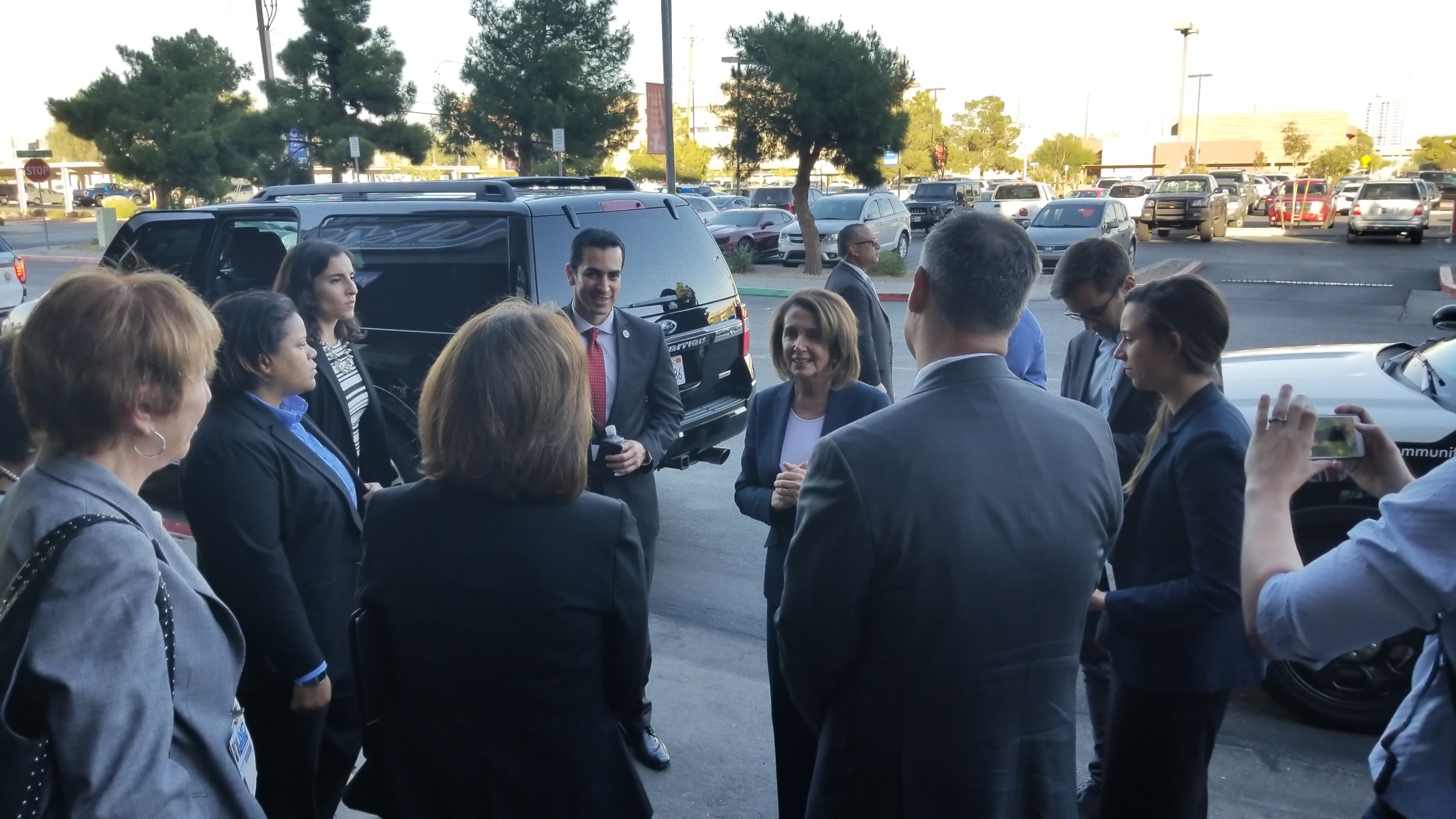 House Minority Leader Nancy Pelosi declined to weigh in on Rep. Ruben Kihuen’s decision to explore running for re-election despite the fact that she called for his resignation after he was first accused of sexual harassment.

“Let’s see what he decides to do,” Pelosi said when asked about the matter at her weekly press conference. “I don’t want to speculate on something that may or may not happen.”

Kihuen has until March 16 to file for re-election. He also has declined to comment.

Pelosi, who is the leader of the House Democrats, was an outspoken critic of Kihuen and called for his resignation in December when he was accused of sexually harassing a campaign worker.

"In Congress, no one should face sexual harassment in order to work in an office or in a campaign," Pelosi said in a statement released in early December. "The young woman’s documented account is convincing, and I commend her for the courage it took to come forward. In light of these upsetting allegations, Congressman Kihuen should resign."

Kihuen subsequently was accused of making unwanted advances to a lobbyist while a member of the Legislature, as well as to a woman who works at a Washington, D.C. firm that did business with his campaign. He has denied any wrongdoing. The House Ethics committee is investigating his actions.

One member of the Democratic leadership, New York Rep. Joe Crowley, who is chairman of the House Democratic Caucus, said he has already talked with Steven Horsford about replacing Kihuen.

Horsford—who announced in January that he would run for Kihuen’s seat, which he once held—has also approached other members of Congress, according California Democratic Rep. Pete Aguilar, who is the whip for the Congressional Hispanic Caucus.

“A member of the Hispanic caucus asked me to support Mr. Horsford,” Aguilar said when asked about Kihuen’s about face.

Many of Kihuen’s Democratic colleagues were surprised to hear about his vacillating, especially after his announcement in December that he would not seek re-election.