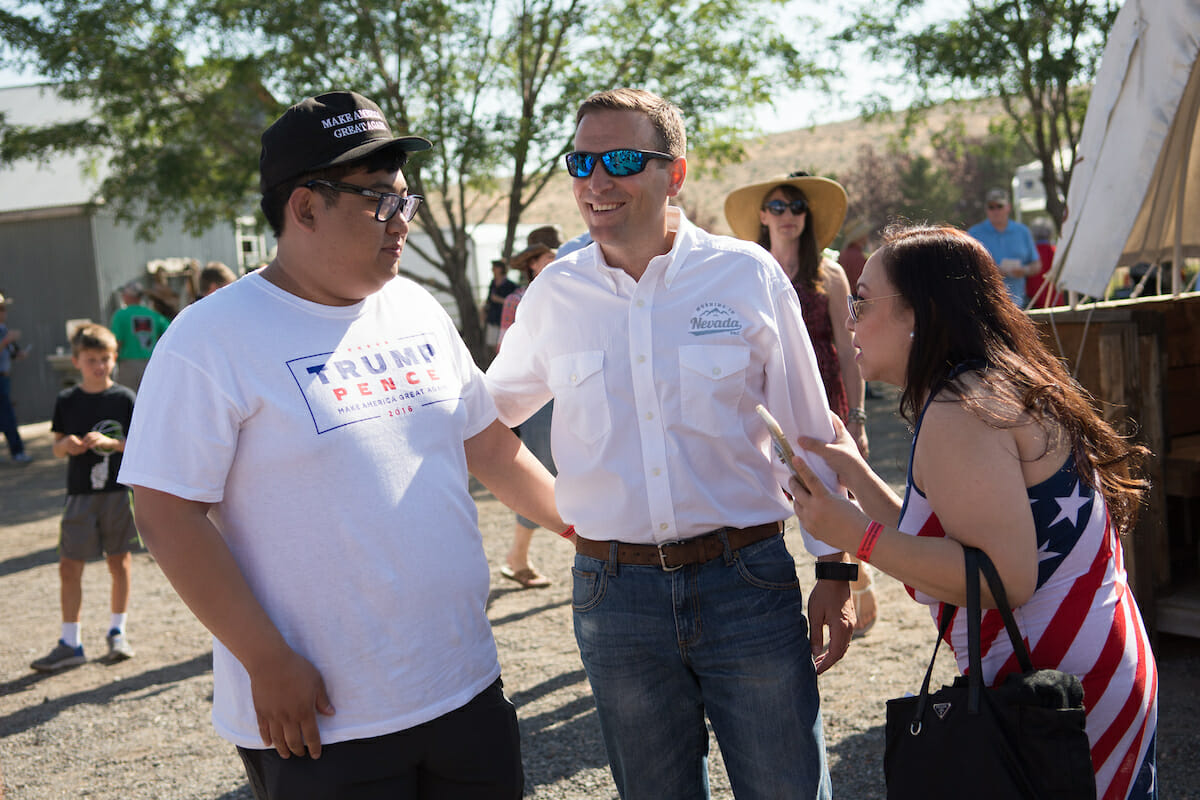 Monday promises to be a “special” day for two likely Nevada gubernatorial candidates.

Attorney General Adam Laxalt, the widely speculated Republican candidate for governor, has announced a weeklong series of 12 “special events” starting Monday that involve stops all over rural and urban Nevada. The events begin in the morning at Brady Industries in Las Vegas and continue into the afternoon at the Western Nevada Supply Company in Sparks.

“I’ll share with you my vision for the future of Nevada, including how we can grow our economy and create jobs, improve our education system, and keep our families safe,” Laxalt wrote in an event invitation.

Some expected the conservative state official to announce a bid at his PAC’s Basque Fry fundraiser in August, which drew about 3,000 people to a ranch in Gardnerville. But the two biggest headliners in a lineup of political speakers — Vice President Mike Pence and Texas Sen. Ted Cruz — cancelled at the last minute on account of Hurricane Harvey.

Laxalt didn’t say much about his political future, although speakers talked as if he was already in the race. He’s a staunch conservative known for battling what he saw as the Obama Administration federal overreach.

Meanwhile, Clark County Commissioner Chris Giunchigliani, a Democrat who has been mulling a bid for governor, has scheduled a “special announcement” Monday as well. Her event will take place at 4:30 p.m. at Las Vegas Academy High School.

“Next Monday I hope you will join me, family, friends, and neighbors for the start of something that will be very special,” she wrote in a Tweet that included information about her event.

The Democrat also started a new website, chrisgfornevada.com, that includes donation and contact information as the commissioner ponders her “plans for the future.”

Giunchigliani has said she’s 99.9 percent sure she’ll jump into the race and has been making the rounds at typical candidate stops, including the Latin Chamber of Commerce, marches for a $15 minimum wage and Democratic clubs.

If they enter the race, they’ll be joining Steve Sisolak, a Democrat and chair of the Clark County Commission, and Dan Schwartz, the Republican state treasurer, who already announced their candidacy. Both are considered more moderate than their potential primary opponents.

Candidate filing doesn’t officially begin until March 5, 2018. Laxalt did not return a request for comment.

"It's just a soft announcement so the info speaks for itself," Giunchigliani wrote in a text message.