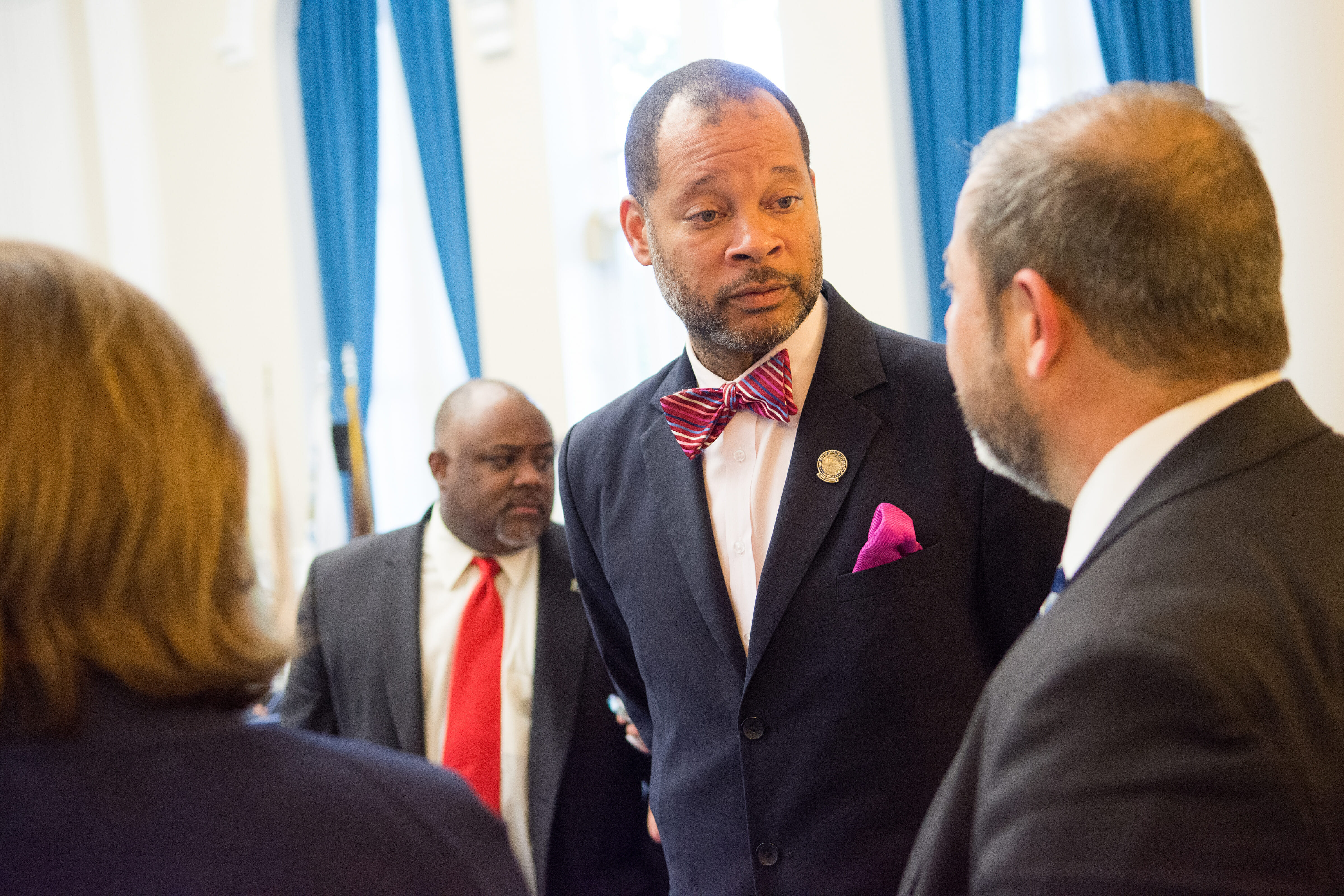 Democratic Senate Majority Leader Aaron Ford has officially announced his intentions to run for attorney general, a long-expected move that sets up at least one side of the likely battle to replace Attorney General Adam Laxalt.

In an open letter posted to his website Tuesday morning, Ford reiterated his background and legislative accomplishments and criticized Laxalt, a Republican, as using the office for “partisan politics and advance an extreme, ideological agenda that is far outside the mainstream.”

“That’s why it’s more important than ever to have an Attorney General who will put politics aside and focus on using all the legal tools necessary to protect Nevada’s families — many of whom rightly feel like the system is rigged against them,” he said in the letter.

Ford, 45, was first elected to the state Senate in 2012, taking over control of the Democratic caucus in 2015 and 2017 legislative sessions. He won re-election in 2016 with a 58 to 37 percent margin against Republican Jon Frazier.

Democratic consultant and former Caucus Director Michelle White said Ford was looking to hire a full-time campaign staff soon, and that he would stay involved in caucus activities including fending off three recall attempts launched against fellow Democratic senators.

Ford is also a successful fundraiser, bringing in nearly $740,000 in campaign funds throughout the 2016 election cycle and spending more than $401,000 since 2011 on Democratic party operations and candidates through an affiliated PAC. His campaign is hosting a “campaign kick-off” fundraiser later on Tuesday, and sent his first fundraising email within minutes of officially announcing his intentions.

He’ll likely face off against former Deputy Attorney General Wes Duncan, a former Republican assemblyman who left the office last week to take a job in the private sector. Laxalt, who narrowly defeated Democrat Ross Miller in 2014, is widely expected to announce a bid for governor in the coming months.

Republicans groups have long expected the announcement — the Republican Attorney General Association launched an attack website dubbed Ford as a “radical liberal,” back in June.

In addition to running the Democratic caucus for the last four years, Ford pushed for several criminal justice-focused bills including reducing the amount of time needed to seal the criminal record of a felon and requiring public-facing police officers to be equipped with body cameras.

His open letter announcing the run also touted several legislative accomplishments, from a measure restoring favorable reimbursement rates for rooftop solar customers to passage of the “strongest pharmaceutical transparency bill in the nation.” Ford also said he would back law enforcement and first responders, specifically mentioning legislation that raised penalties for people who commit felonies against police, firefighters or emergency medical workers in the line of duty.

He also pledged to defend “vulnerable communities” and the state’s middle class, specifically referring to the state’s population of 13,000 recipients under the federal Deferred Action for Childhood Arrivals program that President Donald Trump plans to phase out in the next six months.

Not all of Ford’s legislative endeavors have ended successfully — attempts to institute a statewide paid sick leave benefit for certain private employers and to create a state-backed student loan refinancing program both failed to fully advance in the last two legislative sessions. And an ambitious promise made during his first speech as Senate Majority Leader in February to pass legislation raising the minimum wage was vetoed by Gov. Brian Sandoval.

Currently employed as a trial attorney with the law firm of Eglet Prince, the Texas-born Ford moved to Nevada permanently in 2007, and is raising four children with his wife Berna.