Departing Secretary of State Cegavske: ‘I just stuck up for the law’ 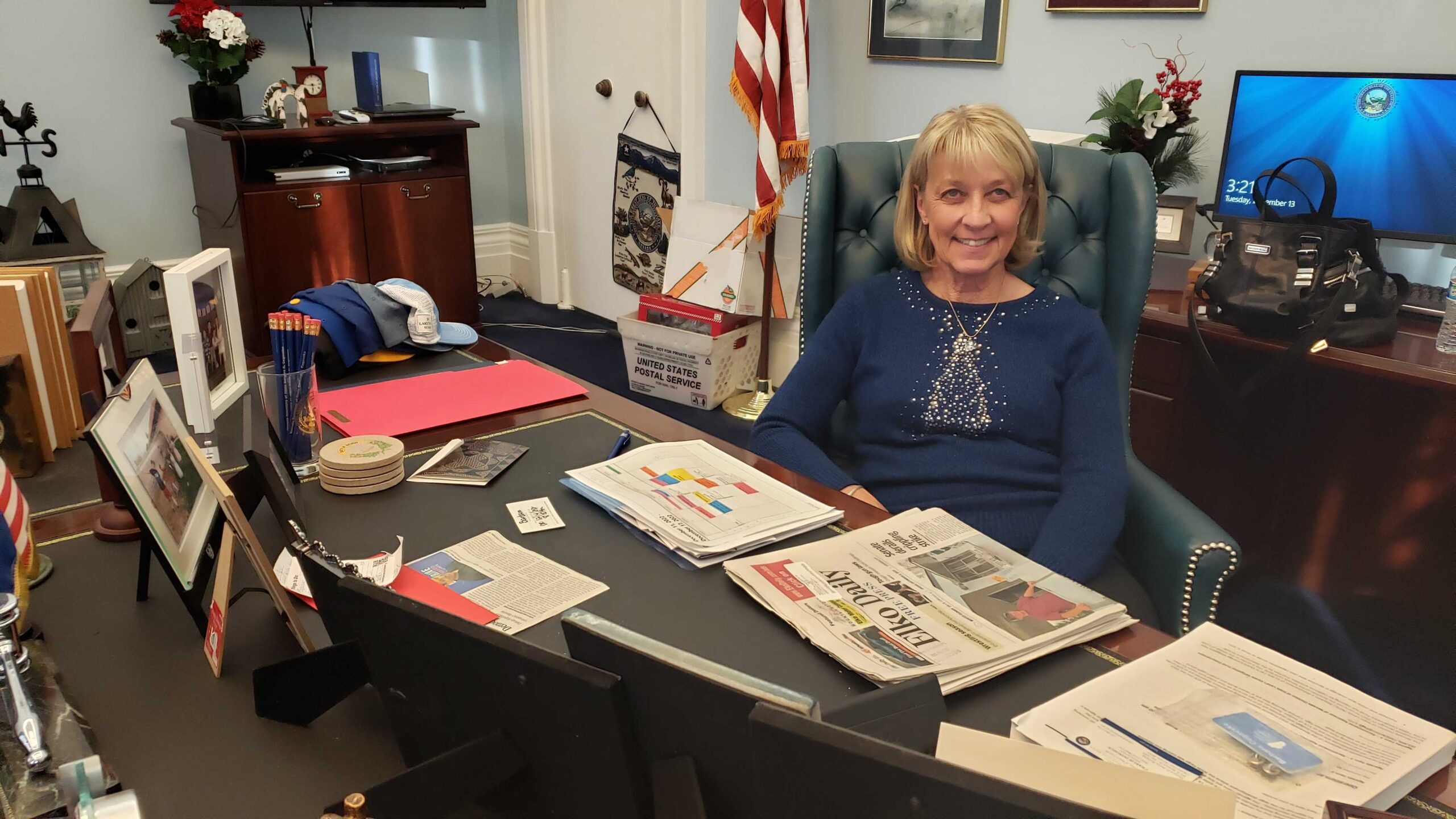 Secretary of State Barbara Cegavske sits for a rare interview in her high-ceilinged office in the historic state capitol building, wearing a sweater adorned with a sparkling Christmas tree. Nevada’s top election administrator has just wrapped up her staff holiday party — an event to which she invited her successor, a Democrat with whom she’s been in regular communication since the election to ensure a smooth transfer of power.

In the hyper-politicized world of elections, some have hailed the 71-year-old, termed-out Republican a hero of democracy for standing firm when members of her own party sought to overturn Nevada’s 2020 presidential results. She moderated the Zoom call where six electors cast votes for Joe Biden on Dec. 14, 2020 — the same day that another six self-declared electors stood outside the statehouse casting illegitimate votes for then-President Donald Trump, even though he lost the popular vote.

The very legality of the actual electors’ votes hinged, in part, on Cegavske’s presence at the ceremony. The Republicans who participated in the illegitimate ceremony without her, but apparently discussed trying to get her to join in, are under federal investigation.

Cegavske is unassuming about her job, even though she has declined her fair share of interviews (“my job isn't always having my name in the paper,” she says) and acknowledges she at one point declined to take an incoming call from Air Force One (“I don't remember much about it,” she says about that incident). And she said she was surprised when officials at UNR said they wanted to store documents and artifacts related to her time in office for historical purposes.

“I never ever thought of myself as a hero. We just follow the law,” she said of her actions as secretary of state. “I just stuck up for the law because I thought that was the right thing to do, which it was.”

A Minnesota native, Cegavske’s career has included running a 7-Eleven franchise for more than a decade and representing Las Vegas districts in the Legislature for 18 years. She was swept into the secretary of state job on a red wave in the 2014 election, and then defied gravity in 2018 by winning re-election by less than 1 percentage point, becoming the only Republican to hold one of six statewide constitutional offices.

Once low-profile public offices, election administrators have been thrust into the spotlight since the 2020 cycle began, especially in purple states like Nevada where margins are narrow — Biden defeated Trump by 2.4 percentage points in the 2020 election.

The pressure from conspiracy-minded members of the public has pushed some to their breaking point. Cegavske noted that eight county election officials have recently called it quits, retired or opted not to seek re-election, and some have cited hostility from the public as a reason.

She acknowledges it’s been “difficult” and “concerning” at times. Cegavske said a photo of her ended up on a website in a circle with a line through it. Her address, and drone footage of her home, were also posted online.

“You don't want anything, any harm, to come to your kids or your grandkids or your husband or your dog,” she said. “But I think overall, we just keep working and keep our nose to the grindstone and just say, you know, this is somebody that doesn't have any evidence or any proof. And so we just go on.”

When Nevada Republicans in early 2021 delivered four boxes of what they said was proof of more than 122,000 examples of election irregularities, Cegavske’s office investigated the matter and issued its verdict in a 13-page report concluding that there was no evidence of widespread fraud. It came after the Nevada Republican Party Central Committee voted to censure her for allegedly not doing enough to root out fraud.

It hasn’t swayed her position, and she said she still considers herself a Republican, although an “old school” one.

“There's always fraud in elections. There's always people that tried to do bad things, but it's a very, very small amount, and it never could amount to the races being turned over,” she said. “I think he was looking for 30,000 to say … somebody else was president. And we never found that many. We had handfuls and that was about it.”

As for what was in the four boxes: Cegavske said there were some names that her office had already flagged — instances in which someone with Alzheimer’s appeared to have voted twice, for example, or a “jr.” or “sr.” was left off similar names. But she said that after the 160-plus hours her staff spent combing through the box contents, “There was never ever enough to reject any election that had happened based on what we had.”

In the face of pressure to somehow change the result, Cegavske said it was her faith, her upbringing and her nearly two decades of legislative experience that prepared her to stand firm.

“I think what I learned in the Legislature is … if you don't tell the truth, I mean, there's consequences,” she said. “I learned from my mom and dad, learned from our church … you just always tell the truth and you won't get in any trouble if you tell the truth. You just have to stick to what you believe. And I believed we were doing the right thing.”

Cegavske has sponsored — and to this day supports — voter ID legislation, although such a statewide policy has never succeeded in Nevada, even with a Republican trifecta in the state. She opposes same-day voter registration on the basis that people of one party can too easily switch to meddle in another party’s primary, and thinks mail ballots should be proffered only to those who proactively request them.

Those positions put her on the opposite side of many election laws passed by Democrats in the last four years that her office was required to implement.

“I didn't always agree with it, but I followed it. Because that's what the Legislature gave us,” she said.

The primary advice she said she wants to give to her successor Cisco Aguilar — aside from simply following the law — is to educate the public at any opportunity. She said she and her staff have gone all over the state, accepting invitations from groups to appear in person or over Zoom to answer questions about her job.

She thinks that could help alleviate some of the suspicion about elections.

“I do think that it has a lot to do with just people understanding what the job is, what we do, because most people thought I certify races,” she said. “I don't certify the races. The 17 counties certify the … elections and then we bring it to the Supreme Court.”

As she leaves her role, a new administration will have to reckon with new leadership at local offices and high vacancy rates that plague many state offices.

She thinks one solution is offering more flexibility to agencies like hers to respond to economic conditions, including quicker hiring processes and the ability to reorganize and consolidate positions as needed. And she doesn’t think that turnover will necessarily hamper the election process.

“It's okay to have new people come in. They just have to be willing to ask [questions],” she said.

And then there’s the issue of hand counting — a process that some rural counties had moved toward at the urging of unsuccessful Republican secretary of state candidate Jim Marchant. Cegavske’s office intervened in the middle of a hand count in Nye County this cycle over questions about the legality of the county’s techniques, but she thinks counties are coming to their own realization about the practical difficulties of ditching voting machines in favor of laborious hours of hand counting.

“It's hard to find people that wanted to spend that many hours,” she said. “I think that they've learned that machines aren't so bad.”

Cegavske said she doesn’t have plans to run for elected office again. While she might do some consulting, and is mulling a suggestion that she write a book, her top priority is spending time with her husband, her six grandchildren and her 17-month-old boxer.

“It's time for others to get involved,” she said, adding “I just feel very, very blessed that I had this opportunity. I really do.”