Sisolak orders all non-essential businesses to close, warns of criminal penalties for noncompliance 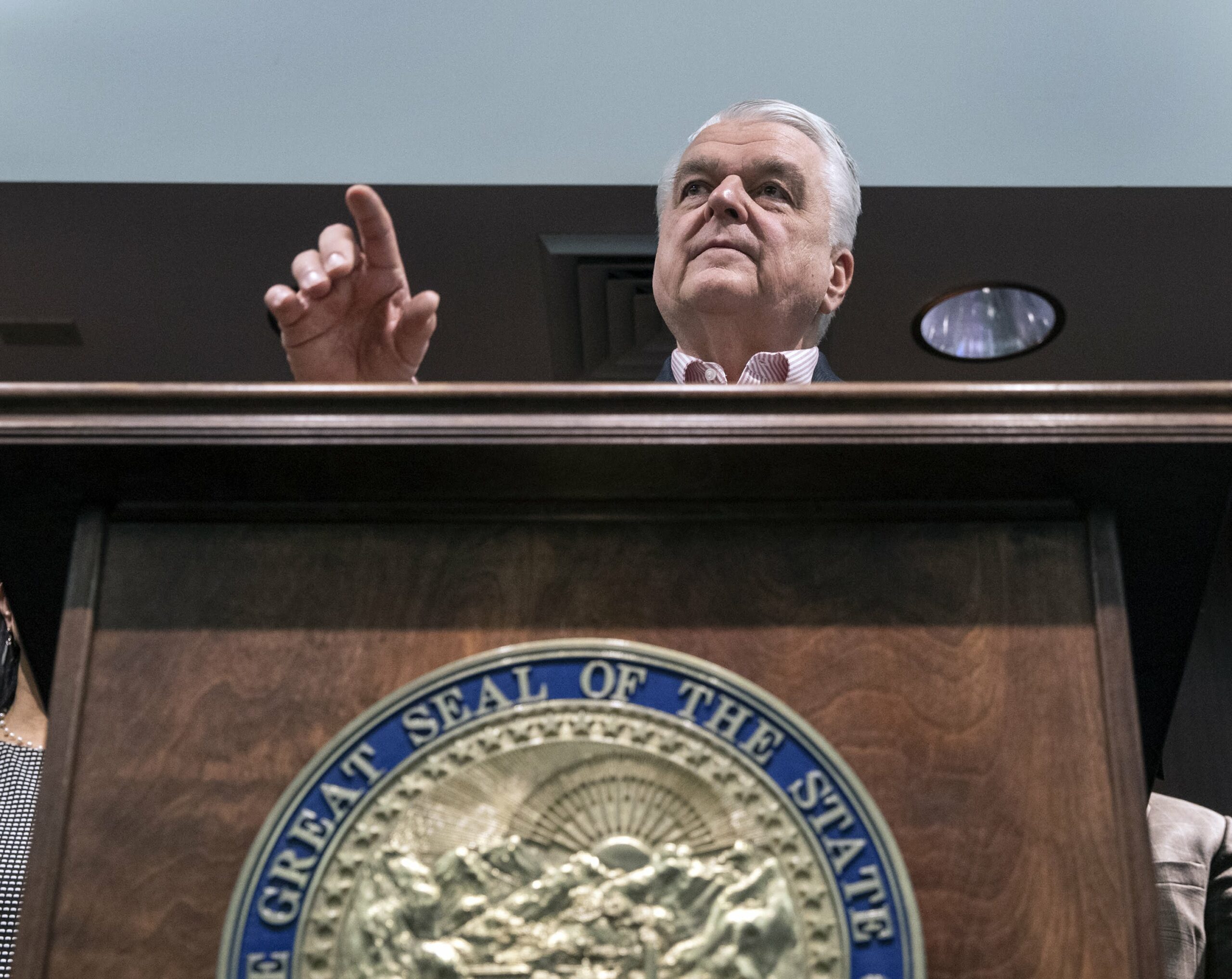 Gov. Steve Sisolak has issued a broad emergency directive ordering, not asking, all non-essential businesses in the state to close effective midnight on Friday — the latest drastic step taken by the state to limit the spread of the novel coronavirus.

The emergency directive, the details of which Sisolak announced during a news conference Friday afternoon, gives local governments the authority to impose civil penalties, including fines or license revocation, on non-essential businesses that refuse to shut down. It also allows local law enforcement agencies to impose criminal penalties on businesses that continue to remain open, after all other remedies have been exhausted, and will remain in effect until April 16.

“This is our only chance at flattening the curve,” Sisolak said. “That's a fancy way of saying that we need to move quickly, and creatively, to slope a tsunami that's headed our way.”

His comments came shortly before the Southern Nevada Health District announced that a second person — a woman in her 60s with an underlying medical condition — had died from complications related to COVID-19.

Sisolak said it will be up to local governments to decide what penalties, specifically, they will impose on businesses that don’t comply. He also criticized businesses that may have been trying to wiggle their way out of his earlier call to close on Tuesday.

“There should be no confusion, and there's none in my mind,” he said. “This is not the time to try to find loopholes. If your business is not essential to providing sustenance and for the everyday safety, health, and wellbeing of Nevadans, you must shut down so that we can give healthcare workers and our fellow citizens the best chance at fighting this virus that we can.”

For a full list of businesses deemed 'essential' and 'nonessential,' please see this story.

Who it applies to & legal authority

The emergency declaration itself offers more guidance and instruction on what kinds of businesses will be required to close their doors, but largely follows the guidance put out by the state earlier this week.

It creates a category of “Essential Licensed Business,” which includes but is not limited to health care providers, veterinarians, grocery stores, pharmacies, financial institutions, hardware stores, convenience stores, security stations and gas stations. Those businesses are required to follow mitigation strategies including providing curbside, pickup or delivery of goods whenever possible, and if not, ensuring customers follow six feet of separation social distancing requirements and prohibiting queues in which customers are closer than six feet apart.

It also specifically clarifies that the construction, mining, manufacturing and infrastructure labor forces can continue operating, but must follow social distancing guidelines including six feet of separation whenever possible and without violating any safety practices required under state or federal law.

It also says that the directive “shall not be construed to hinder” industries identified by the U.S. Department of Homeland Security as essential to the nation’s critical infrastructure.

One notable difference: the order requires marijuana dispensaries, which have thus far kept their doors open on the basis that they are providing medical products, to move to delivery-only models.

Any specific category of business not delineated or mentioned by the state is allowed to continue operations, sans retail sales, if they meet certain requirements, including:

The order makes the case that Nevada law delegates to the governor the power to control the movement of people and vehicles in an emergency, and cites a 1995 attorney general opinion to argue that only the governor, and not municipalities, are allowed to make rules about closing businesses and establishing a curfew.

It also explicitly authorizes local, city and county governments to enforce the order by taking action on a violator’s license or imposing fines, among other penalties.

Some businesses have opted to outright ignore Sisolak’s earlier directive, while police in Las Vegas said they would not respond to any calls for services from people reporting businesses that haven’t closed without a clear executive order. City of Las Vegas Mayor Carolyn Goodman has publicly questioned the length and necessity of the shutdown, and officials in some rural counties have either pushed back on the directive or said they wouldn’t enforce it.

Without naming any elected officials, Sisolak urged them to “understand the severity of the situation we’re facing and become part of the solution” and that anyone saying otherwise was “mistaken or recklessly incorrect.”

Already, governors in New York, Illinois and California have ordered residents to stay at home and avoid unnecessary travel to limit the spread of the virus.

The new directive is the latest and most serious step taken by Sisolak and state leaders to slow spread of the virus, beginning with a statewide shutdown of K-12 schools on Sunday and another directive on Tuesday evening to immediately shutter all nonessential businesses in the state, including all casinos and gambling equipment in the state. Sisolak’s office issued a lengthier guide better defining what is and isn’t an “essential” business on Wednesday afternoon, but did not provide guidance or direction on how the directive would be enforced.

The governor said the rising number of cases underscores the need to take serious measures to protect health care workers on the front lines and hospital systems that will feel squeezed in the coming days and weeks.

Sisolak said the state only has about 5,000 acute care beds, including fewer than 700 intensive care unit beds, and that 80 percent of those beds are currently occupied with critically ill patients, including those suffering from COVID-19.

Additionally, the Nevada Division of Public and Behavioral Health received notice from the federal government Thursday that all of its requests for additional testing supplies — drive-through swab testing pods, swab test kits and testing reagent kits — are on an “indefinite backlog” with no timetable given for replenishment.

“This is our unfortunate reality,” he said.

Still, he urged Nevadans to stay home as a way to help and noted that he will be “aggressive and make the tough choices” if the situation becomes more dire.

“We will choose to face the facts, listen to our medical experts, ignore the misguided leaders, rip off the Band-Aid, and hopefully cut this thing short, knowing that our chances of economic recovery are better if we make this painful decision today, understanding that the faster we act, the sooner this ends,” Sisolak said.