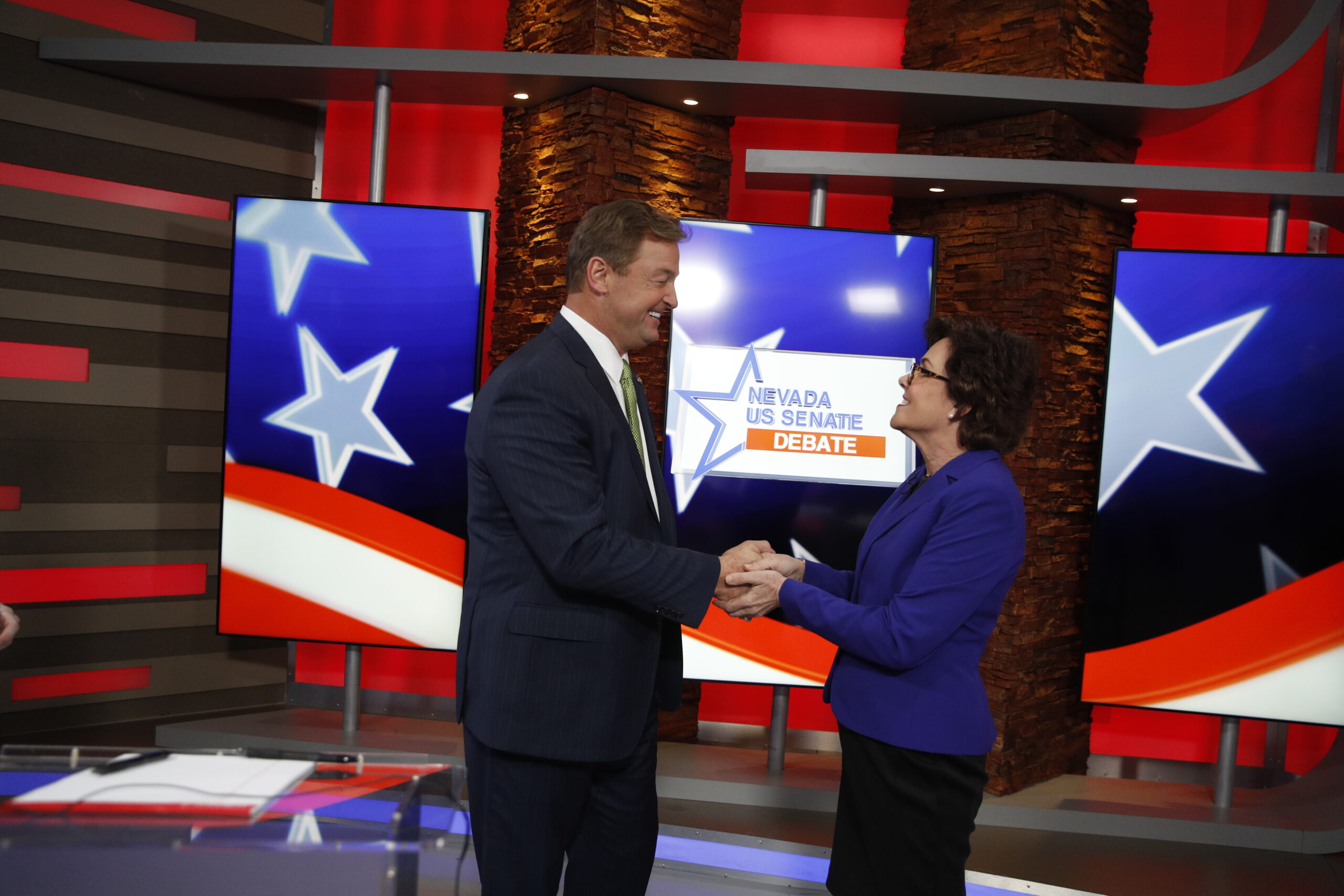 Heading into Election Day, the U.S. Senate race appeared to be a true tossup.

U.S. Sen. Dean Heller, a Republican, and his Democratic challenger, Rep. Jacky Rosen, were statistically tied in public polls, and no survey over the course of the cycle had her up by 5 percentage points; at most, three polls had her winning by 4 points. Even the Rosen campaign’s own internal polls didn’t have the first-term congresswoman winning the race with more than 50 percent.

But when all the votes were tallied, that’s exactly what happened: Rosen defeated Heller, who had served in the Senate since 2011, by 5 points with 50.4 percent of total votes cast in the race, 0.1 points more than former U.S. Sen. Harry Reid captured in his victory over Republican Sharron Angle in the 2010 U.S. Senate race. The result wasn’t a total knockout for Rosen, but it wasn’t nearly as close as Republicans or Democrats had thought it would be.

It came as a shock to Republicans. Heller had never lost a race before in 28 years in public office and, in fact, had a history of winning close races.

"Dean had such a strong record of winning tough races as a great campaigner with a message,” said Rick Gorka, deputy communications director for the Republican National Committee. “While you have to examine everything when you lose by five, the fact is this is a senator who has run and won those tough places before. Something changed in Nevada between '16 and now, '12 and now."

Throughout the race, Rosen’s campaign viewed the congresswoman as a slight favorite, though Heller was an incumbent running with the full support of the president and his party. But her team attributed her eventual 5-point victory to undecided and swing voters breaking late in favor of Rosen.

“I know we never had polls with us breaking 50, so there’s no question that voters who broke late in the election broke in our direction,” said Danny Kazin, Rosen’s campaign manager. “It showed the program we did was working.”

Heller’s campaign did not respond to three requests for an interview for this story.

Rosen’s campaign believes undecided voters came to Rosen at the end of the campaign because of their dissatisfaction with President Donald Trump, but that voters didn’t want someone who would only say no to the president, either. In fact, the campaign released an ad in the final weeks of the campaign in which Rosen, talking directly into the camera, touted that Trump “signed my legislation to improve the VA” and that she “broke with [House Minority Leader] Nancy Pelosi to cut middle class taxes.”

"The swing and undecided voters were leaning against Trump,” said Stewart Boss, Rosen’s communications director. “I think that made sense that they came to us at the end. I think Jacky was more explicitly making a 'I’ll work across party lines' message."

And Trump may have been Heller’s Achilles heel in the race.

After saying he was “99 percent” against Trump in 2016, Heller had to spend much of the campaign running to the right in an effort to fend off a primary challenge from Republican businessman Danny Tarkanian — who ran against him for several months before Trump nudged him out of the race — and to shore up support with the Trump portion of the Republican base ahead of the general election. Doing so never afforded him the opportunity to court moderate voters.

Pete Ernaut, a longtime Republican strategist and a close friend of Heller’s, described it as a nearly “impossible” balance.

"It’s a very awkward teeter totter, because if you try to distance yourself from the president you risk losing a substantial portion of your base, and if you embrace the president too tightly you enrage the other side and many independents as well. It’s almost such a delicate balance that it’s impossible to achieve,” Ernaut said.

Rosen also likely benefited from the fact that health care, the biggest issue she focused on in her campaign, was not only a top concern among Democratic voters but independents as well. Rosen ran numerous ads attacking Heller as “Senator Spineless,” accusing him of waffling on repealing and replacing the Affordable Care Act through the imagery of an orange inflatable tube man.

“Health care was on voters' minds from the very beginning,” Kazin said. “They liked what they had to hear on Jacky’s record on health care."

Heller’s response to the “Senator Spineless” attacks was to run a spot saying he was “fighting to protect pre-existing conditions” and suggest that Rosen’s only idea to fix health care was running a campaign commercial. Though she continued to hound him on health care through Election Day, Heller only ran the response ad for a month and a half, spending $240,000 on it, according to an ad tracking website.

As with other Republican candidates, the intense focus in the race on health care and not the economy didn’t help Heller, either. Heller’s campaign tried to make the economy a focal point in the race, releasing an ad in August talking about the strength of Nevada’s economy and suggesting Rosen would raise taxes, implement “job killing regulations” and operate under a “big government knows best” philosophy.

“I like where we’re headed. Jacky Rosen doesn’t,” Heller said in the ad.

Rosen pushed back on the ad by running a spot of her own, saying that she supported “responsible middle-class tax cuts” while her Republican opponent “voted for the new tax law that gives almost all the benefits to the richest 1 percent and big corporations.” It was one of a few response ads she released over the course of the cycle.

But Heller’s campaign spent much of its time and effort in the final days of the campaign not on tax reform but hammering Rosen for having accomplished “nothing” in Congress before making a run for the Senate, forking over about $1 million on two ads to that point. It was the main point of attack Heller settled on after he and other Republican groups supporting him tried a number of others during the course of the campaign, including attacking her on immigration, saying she "built a business" and over her computing degree.

Rosen’s campaign tried to inoculate her against those attacks by going up on television in April — four months before the attacks ads started against her — with positive spots introducing Rosen to those who didn't know her. One ad highlighted Rosen’s experience waitressing in college, working as a software developer in a field dominated by men and caring for her ill parents, while another had her acknowledging on camera the “real problems” with the Affordable Care Act but promising to fix those problems without repealing the federal law outright.

Rosen’s campaign believes that those early ads made voters interested in hearing her side of the story when the negative ads did begin. In message-testing, Rosen was actually received more positively after responding to Heller’s attacks over her experience than she was even before he had attacked her, according to her campaign.

Her campaign attributes her victory at least in part to focusing on the right issues.

Heller’s campaign “tried to fight this race on much narrower issues and tried to put issues on voters’ minds that weren’t on voters’ minds,” Kazin said. “We met them where they were.”